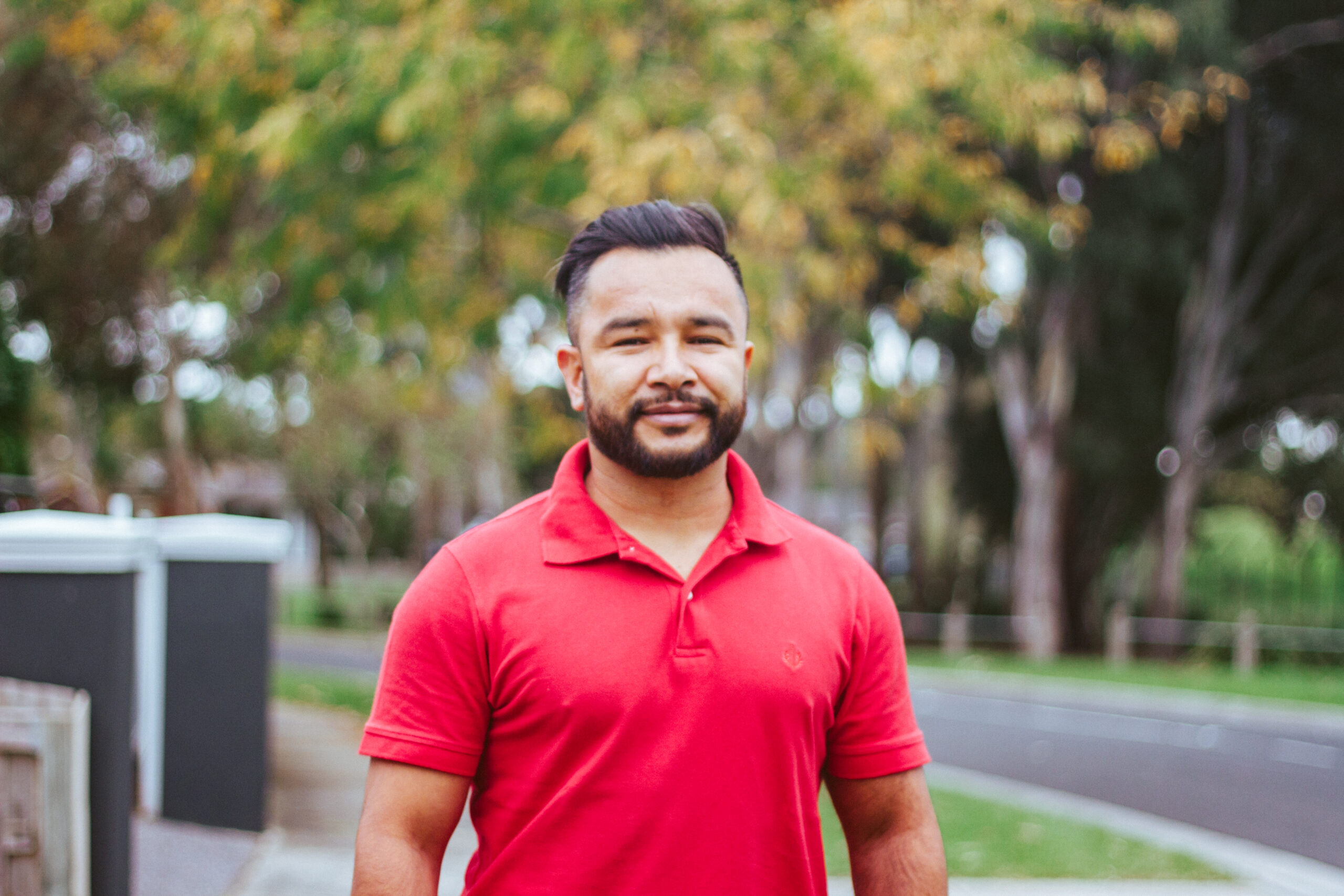 When I was 10 years old, the decision was made for me to leave behind my parents and five sisters to escape Afghanistan with my uncle and cousin. At that time, the Taliban had taken over, and because our family was Hazara, there were already threats towards us. Unfortunately, as my parents were farmers, they only had enough money to pay the smugglers to take one person out. And my parents chose me.

Once I arrived in Pakistan, I was very relieved to be safely out of the war, but at the same time I was really missing my family, and often cried myself to sleep.

After a month, we flew to Singapore, where we got on a big ship to Indonesia. That trip was horrible, as we were hidden in the bottom with the rubbish. It was steaming hot, and I couldn’t breathe.

Next, we and 90 other people got on a fishing boat to Australia. That trip lasted seven days. Even though it was 22 years ago, I still remember it like it happened yesterday.

The first night was very stormy. The boat going around in circles, and all the men were emptying out buckets of water from the engine room. A lot of people were crying because we all thought we were going to die. But eventually the storm calmed down and the boat start going forward.

From then on, that trip was one of the best experiences I have ever had. All we could see was the colour blue, and to me it was just beautiful. Every night for seven nights, I would sit at the front of the boat, watching the ocean, the stars and the moon. Before that, I never knew the ocean existed, or about sharks, or even that the world was so big, because I had never been to school. So even though everyone else was crying, for me, everything was amazing!

On the last night, a storm hit us again and damaged the engine, and after that, for many hours, we just floated on the Indian Ocean. I became very frustrated, and started to panic.

Finally, we saw the Australian navy approaching – I’ve never seen people so happy as we were at that moment! I was carried onto the ship, and then we were taken to the shore, where they gave us food and clean clothes. When I took off my t-shirt, half of my skin came off with it, and to this day, I still have a scar on my shoulder.

For three months, we stayed in a detention centre in Darwin. I actually loved it there!

There was aircon, television, a playground. School as well. All things I had never had before.

But then we were taken by bus to Brisbane, and had to rely on ourselves again. It was difficult because in those days, there was no support to help us settle in and find our way about. After a month, my uncle decided we would go to Melbourne.

My cousin and I went to a language school there for 6 months, followed by primary school. That was a very difficult time for me. When I arrived, I couldn’t even write in my own language! Luckily, I had great teachers. They used to help me during lunchtime and after school, and even dropped me back home sometimes. I remember all their kind work.

For some time, I couldn’t make any friends, but eventually I made friends with a kid from Bosnia who didn’t speak proper English either! We’re actually still in contact today. Later, I made a lot of friends through sports.

When I was busy, I was OK. But when I wasn’t busy, I started getting depressed. I was always missing my family, and had no way to contact them, as there was no satellite phone or postal service in their village. In the end, it took five years before I was finally able to speak to my mum. For the first half an hour, I was just crying, so happy I couldn’t speak a word.

In year 10, I had a falling out with my uncle, and went to live with foster parents. They spoiled me like I was their own grandchild, and tried to keep me distracted with gifts like a computer, a tv, and a bike. Living with them, my English began to improve more quickly, and life became a bit easier.

Finally, when I was 18, my parents and sisters also arrived in Australia, thanks to the help of my foster parents and my uncle. I was over the moon when they arrived. Hugging my mum again after 8 years was a moment I will never forget.

I ended up finishing high school, and went on to become an electrician. I enjoy being a sparky, and try to use my skills to do volunteer work within my community. My sisters have all gone on to do well too.

I’m very thankful to all the people who have helped me over the years, from the Navy staff to the detention centre staff, from all my teachers to the people working in child protection.

They are the reason I’m alive, and I’ll never forget any of them.