When we first came to Australia, I went to a school where they thought I would b… 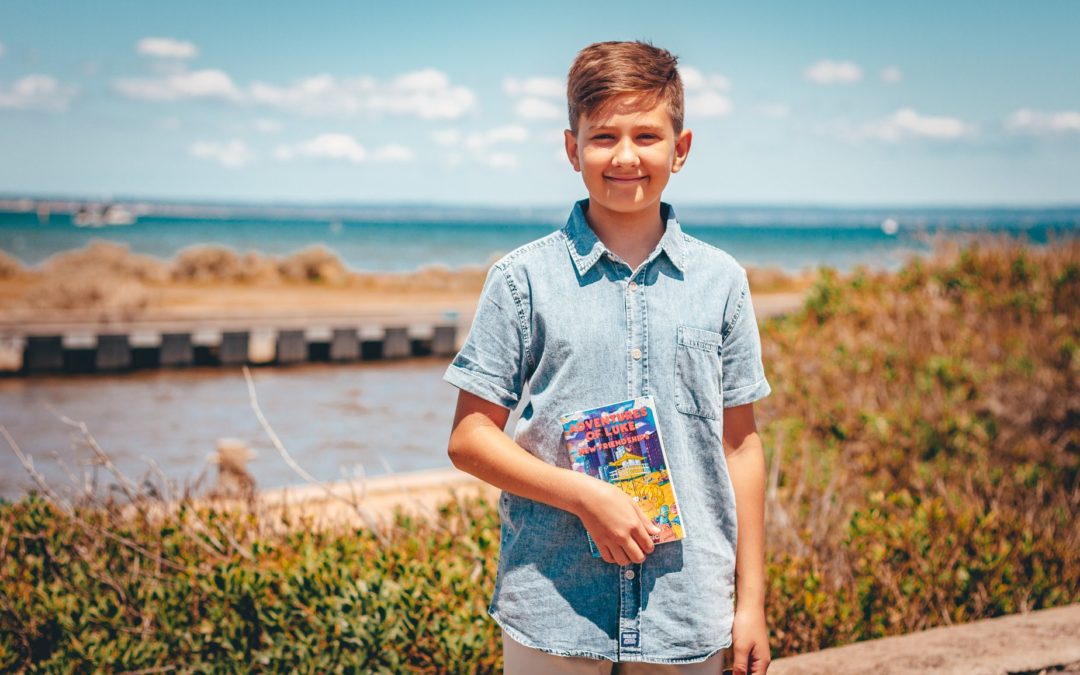 When we first came to Australia, I went to a school where they thought I would be ok without doing any special English lessons. At first I thought, ‘Yeah it’s going to be fine’ but then I realised that I just didn’t understand a thing anyone was saying. I came home crying and I was like, ‘Why do they not understand me?’ and my parents said, ‘You’re not speaking English to them, you’re speaking Slovenian!’ It took me about three months to kind of understand what they were saying.

At the beginning, it was really hard to find any friends because if they came up to me and asked, ‘Hey, do you want to come over to play?’, I didn’t know what they were talking about, so they just went away. But I remember when I got my first friend – I was sitting on the Friendship Bench in the playground, where if you didn’t have a friend to play with, you would just sit down there. I didn’t read what it said, I just sat on it, and then a person came up to me and asked me if I wanted to play. By then I understood, so I said ‘yes’ and then next we were running around chasing each other, and I just kept playing with him. We’re still good friends now.

Later on, the year just kept getting better. I ended up really enjoying my time when I was in Prep.

When I came to Grade 1, one of the teachers let me type a short story on his computer and when he read it, he said, ‘Wow, this is great’. Then I re-wrote it and showed my parents and they also said it was really good. After that I just kept writing little short stories which got better and better every time.

One day, I tried surfing and I had a lot of fun but I didn’t think anything of it. But then the next time I went, I was thinking, ‘Hmmm, maybe I should write a story about this’. So then I was writing for a long time because I had tons of ideas and I showed my mum and she said, ‘Wow, this is really good – maybe you could make a kids’ book!’ I kept writing and writing and eventually Mum suggested I should self-publish it. But the publishing company said that I had to either cut a lot of words to make it a book for small kids, or get it up to 10 000 words to make a proper book for kids my age. I was like, ‘Wow, 10 000 words – how am I going to write that?’.

We hired an editor on Freelancer first. When he looked at the story, he said ‘OK, there are a lot of things you need to change’ and then I just kept working on the structure. But then he said that what I added was not nearly enough. That got a bit annoying because before this I used to read a book or watch TV after my homework, but now I just had to write every day.

I almost wanted to give up but then my mum said, ‘I know you, and I know you would hate it if you just gave up knowing that you could have done a lot better’ and that just motivated me to keep going. It took me about another year in the end, but finally it was finished and I was like, ‘Finally now I can just go back to what I always did before!’

But then when the editor read over it, he gave me 2 whole pages full of more things I needed to change. It was almost doubling the book and I was like, ‘Oh no…how?’ But I just kept writing because I knew that I was going to feel really bad, like my mum said, if I didn’t finish it.

Finally, when I was close to finishing it, I broke my arm which was really annoying because I couldn’t write for 3 months. But I don’t think I would have been able to finish it if I didn’t, because when I finally got my cast off, I was like ‘OK, I’m really behind, I have to go as hard as I can now.’ Then I finished everything!

The book is called Adventures of Luke – New Friendships. It’s about how Luke, a kid from Bendigo, came to the Gold Coast because his dad’s job has been relocated. He’s trying to find friends and everything but it’s difficult. Then he finds a surfboard in a shop that’s different from all the other boards and he just forms a relationship with it – like a friendship. It’s a magic board.

Of course, it’s based little bit on my life, but instead of making it from Slovenia to Australia, it’s from Bendigo to Gold Coast. I’m really proud that I finished it. It wasn’t easy, but it was worth it in the end!