When the 1993 civil war went through Burundi, my father was in Geneva… 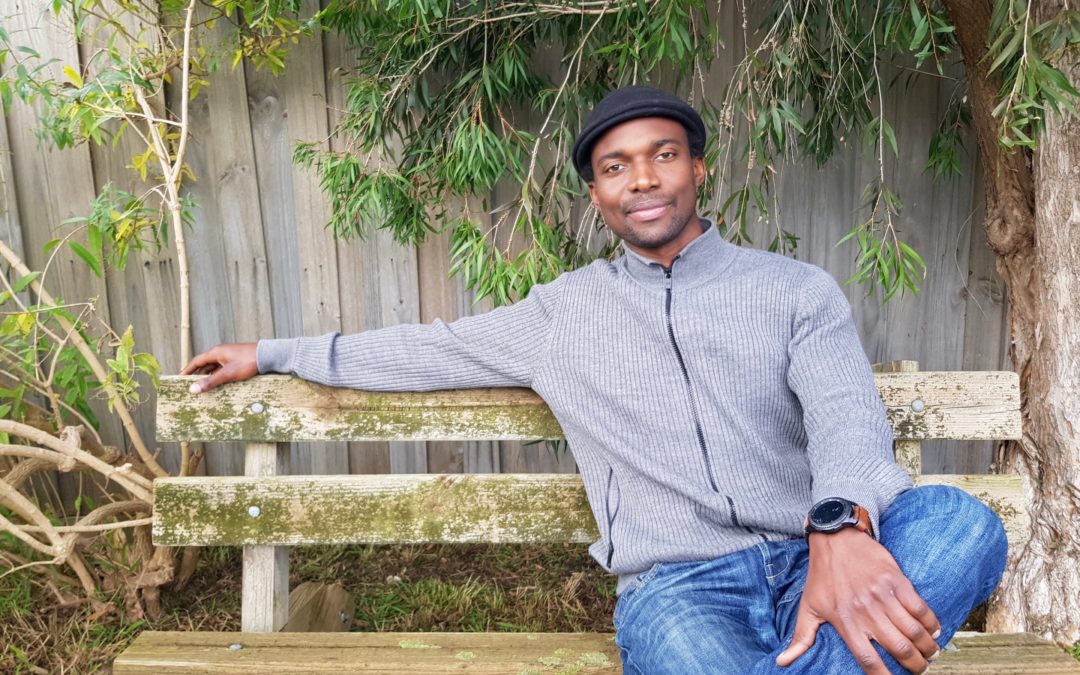 When the 1993 civil war went through Burundi, my father was in Geneva studying Environmental Studies on a workplace scholarship. At that time, the soldiers were targeting educated men and they came to our house one evening to find my father. When they couldn’t find him, they took my mother and her two younger brothers outside and told me and my brothers and sisters to go to a room with our maid. We just stayed in that room all night because we were so scared. It wasn’t until we came out in the morning that our maid went outside and found their bodies. At that time, I was 7, my older sister was 11, and there were 3 younger children, including my baby brother, who was only a year old.

My sister called some family friends, who came the next day to take us to the temporary refugee camp that had been set up in a Catholic Church compound. All we took was the very few belongings we could grab in hurry. We stayed on mattresses in very large rooms that we shared with many people.

It was still too dangerous for my father to return, so we had to take care of ourselves. My older sister had to grow up fast, and we all quickly learned how to dress, wash, and feed ourselves. We didn’t have time to grieve and, as everybody there had lost somebody – some kids both parents – it was not like we were special. That situation just became our new normal. If we experienced any emotions at all, we just buried them, and went to find our next meal of the day.

We were there for a year before we went to an orphanage, and that was good because the five of us had our own room together. Next, three of my siblings went to live with my grandma, and my sister and I went to live with a family friend. We weren’t all reunited with our father until 5 years later.

When I finished high school, my uncle who was living in China proposed that I go there to study Civil Engineering. Arriving was surreal. Everything was foreign – the language, the food, the culture. But I was excited by the adventure I was embarking on.

One night a couple of years later, I saw a pretty girl on the dance floor of a club, and went and introduced myself. She told me her name was Frannie, that she was from Australia, and that she was studying Chinese Traditional Medicine.

Then the next day, when I went to the immigration office to renew my visa, I couldn’t believe she was also there doing the same thing. That coincidence made me even more eager to know more about her, and soon we were dating. But a month later, she had to go back to Australia and I wasn’t sure if our relationship would continue long distance. Surprisingly, we stayed in touch via Skype, and our feelings continued to grow. We tried many times to organise an Australian tourist visa for me, but because of my passport, I kept getting rejected.

Over the next 2 years, she came back to China twice to visit me. When our third? application for a tourist visa was rejected, we both felt really disheartened, and for three days we didn’t speak. But then I made up my mind to propose to her, so we could apply for the prospective marriage visa. I said to her, ‘I have feelings for you. If we can be together and have a family, I’ll be very happy. I know it’s hard at the moment. I don’t even know how I’m going to see you again – even this visa may be rejected! But I think we should try.’ Luckily, she agreed. When my course finished, she came to visit me in Burundi and met my whole family of maybe 50 people at one time!

When I arrived in Melbourne, I was very keen to start working, as I had read that there was a shortage of civil engineers in Australia. But it wasn’t that easy, as I soon found out that employers were looking for someone with local experience which I, of course, didn’t have. It was disappointing, but I was determined to find a way.

I needed to make money, so I went to work for Bega cheese, packing blocks of cheese in boxes. Of course, it wasn’t what I had dreamed of, but I was grateful to earn enough to support myself. At the same time, I was always doing something to further my career.

The first thing I had to do was to get my degree accredited. I also joined different professional associations, and starting networking, making connections, getting people to proofread my CV, and passing it out wherever I went. I met amazing people along the way who helped me a lot, and some who gave me internships here and there. And then the Victorian government set me up with a mentor within an African leadership program. And that mentor helped me to find my first Engineering job, 2 years after I began my search. The day I found out I got that job was probably the best day of my life.

Frannie and I now live on the beautiful surf coast with our two young kids. Having kids really makes you reflect on the journey of your life – where you’ve been and what you’ve been through. In some ways, now I have time to reflect, I think I’m just starting to grieve for my own mother. And I’m also thinking about where I’m going, what I want to to achieve, and what I want to be remembered for.

I hope I will make my children proud.