When Mum and Dad migrated from India in 1995, their friends told them that they … 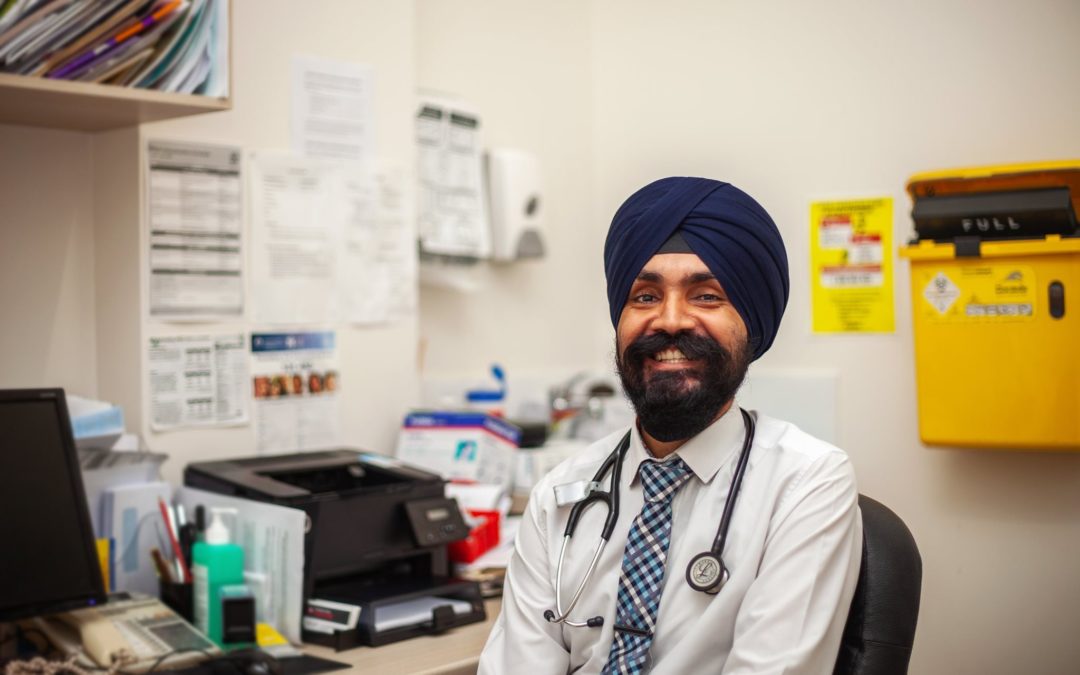 When Mum and Dad migrated from India in 1995, their friends told them that they wouldn't even be able to buy pots and pans in Australia! At that time, many people from India were migrating to the UK, to the USA, to Canada. But people even had difficulty saying the word Australia! So there was a lot of misinformation.

Accordingly, my parents brought plenty of kitchen stuff with them on the plane. But upon arrival, they were greeted by Social Services with a few mattresses and a bag full of things which included, guess what – pots and pans!

In India, Dad was an agricultural scientist and Mum was a teacher, but here they started off strawberry picking, and then Dad became a taxi driver. Two years later, they decided to go back to India because they felt it was too challenging to raise us in a strange country without the family support they had had there. But when they got back, they realised that life was actually higher quality in Australia, so they then came back again!

This time Dad became a bus driver, so some of my earliest memories are of travelling all around Sydney on the bus with him in our school holidays. He still has a perfect memory of all the Sydney streets, so if ever I’m lost I don’t use Google maps, I call my Dad!

Starting primary school was an experience for my brother and I because we're both turbaned Sikhs and in a crowd, we kind of stand apart. But we never had any real issues with racism, it was more along the lines of genuine curiosity from the other kids.

The trickiest time was probably around September 11 because there was a lot of misunderstanding about Sikhs and our turbans. Dad especially was in a very public position as a bus driver, and at one point, my parents did genuinely contemplate whether it was a good idea to maintain the identity that we had because we could have become a target for violence. And that created a real sense of fear.

But they decided instead to take extra steps to try and educate people about us: about the values of a Sikh, and how they actually align with the values of Australia. For example, we believe in giving people a fair go, and sharing our earnings with others with the goal of a classless society. It's also important for people to know that 99% of the time if you’re talking to a person with a turban, it’s likely to be a Sikh.

Our high school was a very multicultural school and when my brother and I got there, we realised that there were thousands of other migrants, all with stories just like ours. There was a real feeling amongst the students of wanting to make the most of the opportunities we had in Australia, as well as wanting to give back to the community, and that atmosphere started to shape my brother and I. We were quite hardworking, and both actually graduated as dux.

And so I went to medical school at UNSW, once again an incredibly multicultural environment, where everyone was tied together by that desire to give back. But again my appearance could be challenging. It was interesting because sometimes I'd actually feel the patients change when they saw me, as though they were thinking, ‘This person may not understand what I'm about to say or understand the challenges that I’m about to talk about’. But then I’d speak and all of a sudden their demeanour would change.

I was really passionate about medicine, so it was very easy for me to work hard at it. My aim wasn’t necessarily to pass medical school, but to become the most useful sort of doctor that I could. I ended up graduating with the UNSW gold medal at the end of my studies. The thing that made that particularly special wasn’t the medal itself – it was that Mum and Dad were there watching me receive it, and that I got a standing ovation. I think that brought a tear to their eye. I don’t think they expected when they first moved here that they would get to see their son get to that level. I also ended up graduating more recently from my General Practice training as the NSW/ACT Registrar of the Year, which was another special day for us.

Now I work as a GP in the Blue Mountains. I wanted to go into general practice because it’s important to me that I'm able to build a meaningful connection with my patients. We've just been through a tricky bushfire season here, which has been stressful for the locals, but the experience really created a sense of community. And when my patients have an issue, they actually come and talk to me, so I feel like I’m a valuable part of that community.

Mum is currently working as an early childhood teacher, and Dad’s now a manager in Sydney Trains. They’re happy here, but when I ask them why they moved to Australia, their answer is always the same – we did it for you guys, to give you the opportunities that we never had.

My brother and I are forever thankful for the step they took.