When I was pregnant with my fifth child, my husband had a pancreas failure, and … 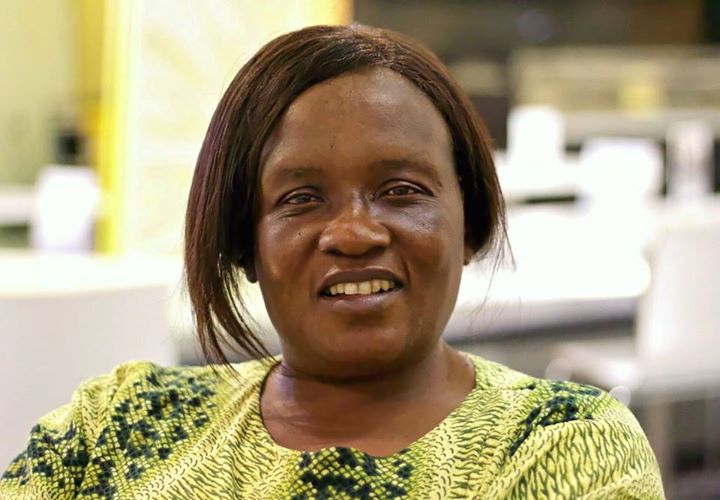 When I was pregnant with my fifth child, my husband had a pancreas failure, and he passed away. After that, it was a huge struggle to take care of my children. We had fled Sudan because it was at war, and I only had one sister to support me in Kenya. She and her husband were not in a position to support me financially, although they were able to give me one room in their house, which I shared with my children. I had just finished a Diploma in Office Management, so I thought it would be easy to find work, but it took some time. Finally, 7 months later, I managed to find a job doing administrative work with a charitable organisation which operated at the front line of wars in Sudan, Kenya and Uganda. I was deployed in Sudan. While I was away, my sister took care of all my children, on top of the other four children she still had at home.

It was dangerous at the front line. We were often bombed. Each time, we went to the bunker, but when it finished, work resumed as normal. I remember one time a Russian made plane called the Antonov came and released many bombs, and it felt just like an earthquake. When I went outside, I saw flesh hanging from the trees. People who lived nearby had no time to pack anything. They just ran. Then, a week later, people start coming back. Some parents never found their children. Some children never found their parents. And many people died.

Eventually, when I was getting better pay, I was able to rent a house and employ a maid to take care of the children while my sister supervised. But still life was not always easy for me, because in our culture people sometimes turn their back on you when you become a widow, as they assume that you will burden them with your needs.

Then a family friend told me about someone she knew in Australia who was sponsoring widows to come and settle here, and I thought it would be a good opportunity for my children, as I knew I couldn’t afford the university fees for my eldest daughters.

When we came to Brisbane, they both started at uni straightaway, and the third and the fourth children went to high school, where they integrated well. But it was challenging for me to live in a country where the environment was different, the system was different, and the culture was different. Also, I didn’t have any family members here, so I had to start from scratch to look for friends. Sometimes I felt so lonely. When I first arrived, it was very hard because in Africa, when somebody rents a house in the neighbourhood, the neighbours will all come and welcome the new person, but that didn’t happen here!

Of course, I eventually met people. I got work as a cleaner, and later at a meat factory. Then I started an administrative traineeship. Later, I found a job as a Community Development worker working with African communities. I worked in that role for seven years and then I moved to another job at the Multicultural Development Association, where I’m currently working with the Bhutanese and Karen community. I’m learning a lot from them. When you live in a diverse and multicultural country, it’s good to know about other people’s culture.

I’m very proud of my children’s achievements. My first daughter graduated with a Bachelor of International Business, the second with a Bachelor of Human Services, the third with double degree in Nursing and Public Health, and my son graduated with Bachelor of Business Administration and Finance. On top of that I decided to go to uni as well. I did a Bachelor of Human Services. My father had always wanted me to go to university, but wasn’t able to afford it, so when I graduated, I felt happy because I was finally fulfilling his dream.

In my culture, when people look at you as a single mother and a widow, nobody seems to value you. As a result, many widows in my community feel inferior. But I tell them, ‘Having a man in your life will not solve your problems. If you trust in yourself, we’re in a country where you can get support if you want to improve your English and get an education, and you can have a career that can help you to support your children alone’.

The thing that I most appreciate about Australia is giving us an opportunity to study, because without that, I wouldn’t be where I am today.

If you would like to join the fabulous supporters of the New Humans of Australia project, please visit: www.patreon.com/newhumansofaustralia