When I was only six months old, we fled Burma to Bangladesh because of the viole… 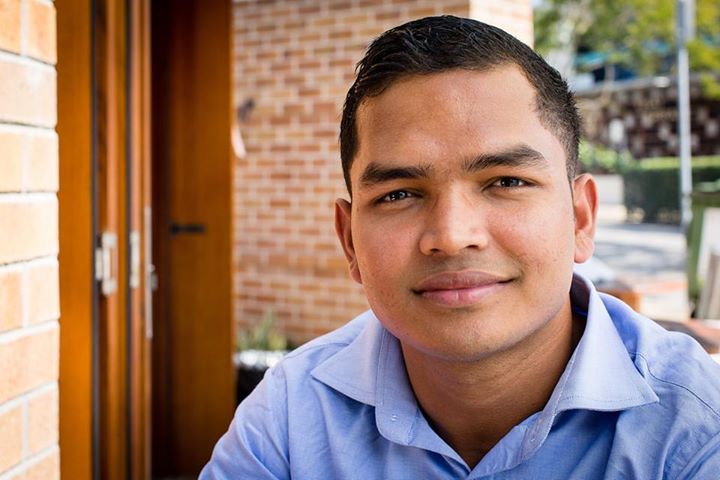 When I was only six months old, we fled Burma to Bangladesh because of the violence towards the Rohingyans, crossing the border through the jungles along with 280 000 other people. At first, we had to take shelter under a tree in the open sky. There were thousands and thousands of families along the streets, all trying to register with the UNHCR at the same time, but eventually, we were processed and put in a refugee camp.

My family had 10 people, and we all had to live in one very tiny room in a bamboo shed with a plastic roof, sleeping 5 to a mat, all side by side. I grew up living like that, with no space, and no electricity, just one small kerosene lamp. Our food was dahl, rice, sugar and salt, but it was a very minimal amount of food, and it was never enough.

I spent my whole life in that camp until I turned 18. We only had school up to year 5, and after that, I had nothing to do. I eventually went to the UNHCR and asked them, ‘Well, what can I do now? I’m not allowed to go out and we are in a very tough situation,’ and they said, ‘OK, how about you become a teacher?’ So I did some teacher training for about a year and a half and then I became a primary school and literacy teacher in the camp when I was 16. I think that was the best part of my whole camp life – I really enjoyed it because I could see the children learning.

In 2008, after 18 years of refugee life in this camp, they finally noticed that all these people should be resettled. Only 200 people were chosen to come to Australia out of 30 000 refugees, and luckily my family was one of them. We couldn’t believe it. Some of my friends joked that the reason we were chosen was because I was such a big fan of Australian cricket!

When we first arrived, I studied English again, then I did a tertiary preparation course, which was very challenging because of my lack of schooling. But eventually I was accepted to do a degree in Human Services. Since childhood, I had always wanted to become a UNHCR officer working with refugees because I used to see them coming and helping in our camp and I appreciated their work so much.

After one semester, I got an offer to do an interpreting job for the Department of Immigration and Border Protection in the detention centres, and although I didn’t want to leave my studies, I knew that if I got this job I would be able to support my family. Three years later, I got a new job, as a Cultural Advisor in the detention centres, working with Rohingyan and Bengali clients. I spend a lot of time just talking to them, because they’ve been living in a very tough condition for a long time and when they see someone from their own culture, speaking their own language and listening to them, it means a lot to them.

I hope to return to my studies soon. Recently, I bought my own house, which has always been my dream. This was not just my first house in Australia but my first house anywhere, ever. Next week, my whole family and I will move in. It’s not a big house, but I am very happy.

The only thing that is making me sad is the news coming from Burma right now. All my extended family has recently left Burma, and now they are in Bangladesh in the same refugee centre where we once lived. One of my sisters couldn’t come to Australia with us because she was married and had children, so she has been living in that refugee camp for more than 25 years. And now there are more than 400,000 people taking shelter there – it’s chaos, and there is not enough humanitarian aid. Thousands of those families don’t have a single family member left in Burma anymore. That’s what the Burmese government wanted to do, to drive all the Rohingyan Muslims out of the country by ethnic cleansing.

I wanted to tell my story here to help raise awareness of the situation for my people. They need help – they need food and shelter, and to be resettled in other countries as soon as possible. My family didn’t have citizenship for so long, we were on the street and on the run, then living in the camp for years, but now I have a country, a job, and a house to live in.

I hope that everyone can have the opportunities that I have had.

The Rohingyan Muslims are currently one of the most persecuted minorities in the world. A serious crisis is taking place in Bangladesh.

You can help support the Rohingyas here: www.unrefugees.org.au/emergency-response/rohingya/