When I was just a baby, my dad left Italy to go and build accommodation huts for… 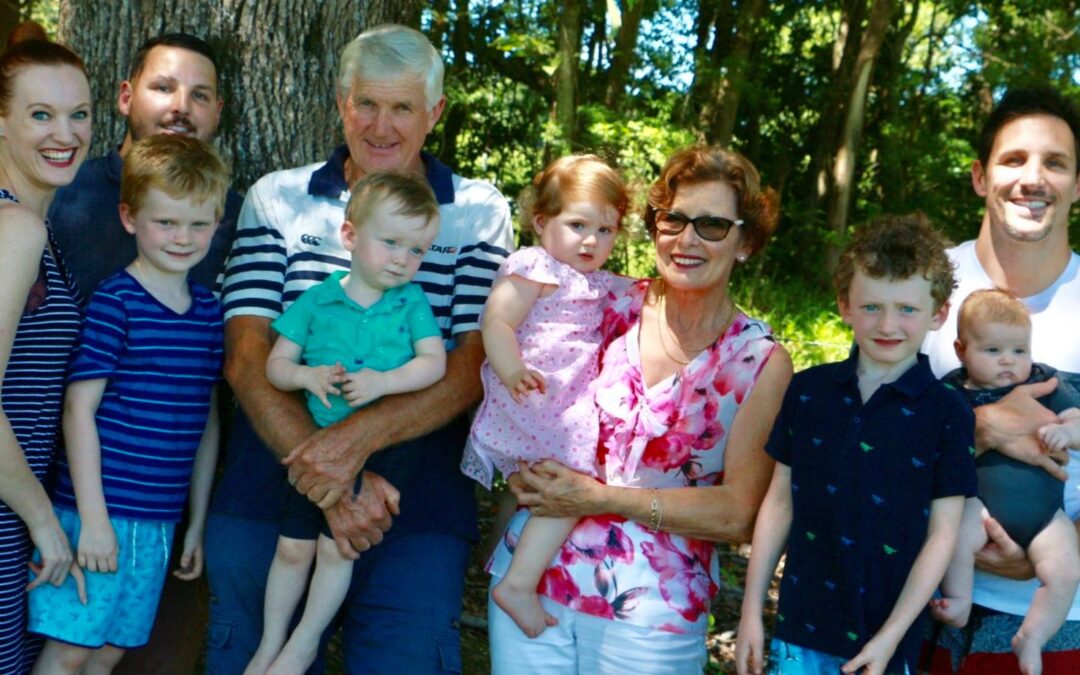 When I was just a baby, my dad left Italy to go and build accommodation huts for the Snowy Mountains Scheme. It was winter when he arrived, and the men had to stay in tents in the snow at first, although later they stayed in the accommodation they built.

Three years later, he moved to Inglewood in South-East Queensland to grow tobacco as a share grower, and as he got his own house as part of the deal, we were finally able to come out and join him.

At first, I didn’t know what a father was – to me, my dad was just a person in a photo. As a result, when we were docking in Brisbane, I actually pretended I had pains in the tummy because I didn’t want to see him! We did eventually become close, but not as close as he was with my sister, who was born 14 months later. I never felt left out, but as I grew up, I realised what we had both missed out on in our relationship.

School was very difficult because I started with hardly a word of English. For the first week, I didn’t even go to the toilet all day because I didn’t know how to ask where it was! However, I eventually settled in. 80% of the kids at school were Italian, and the nuns were a teaching order, so they were very good.

There was never much money at home. Tobacco is a yearly crop, so if you had a bad year and no rain, you were lucky to cover expenses. As a result, when I was 11, we moved to Toowoomba so my parents could find other work.

Unfortunately, the nuns at that school weren’t a teaching order, and two of them especially hated Italians, who were much rarer there. I remember they were constantly pulling me up in class for things that they let the other kids get away with. In those days they caned you on the hands, and I would often end up with such sore wrists that I couldn’t lift stuff. Mum actually went to see this particular nun to ask her if she could hit me around the legs if she had to cane me, and this nun told her to shut up and mind her own business!

Another nun used to complain about all the Italian names when we were studying the Renaissance. Every day, she’d say something like, ‘Well, we’ll have to ask Monsignor how to say these names.’ She put me down for years, and I remember feeling quite hurt and belittled by it, especially coming from a teacher and a religious person that you put up on a pedestal, almost like God! I didn’t let it get to me, but I was always very aware that there were people who didn’t like migrants. Luckily, I also got the odd good nun who just treated me the same as everyone else.

When I left school, there was no thought of university, as we all had to work. I first worked as a shop assistant and later as a commitment clerk with Myer. Then I got married, but after my children grew up, I got a job with the Department of Industrial Relations, which I loved. For the last 8 years, my husband and I have been living on a small cattle farm in Northern NSW. It’s a good life. The only problem is that when it floods, you lose all your fences!

Nowadays, things are much better for migrants in Australia. When I was young, I always thought what happened with those nuns was my fault, but now my schoolfriends say to me, ‘Gee those nuns were bitches, and I really wanted to stand up for you when they picked on you, but I was just too scared!’

I became an Australian citizen when Dad was naturalised in 1958 and when I look back on my life, I have no regrets at all. Being a migrant has given me another dimension, a richness to my life. But sometimes my heart is split in two. For example, whenever there’s a soccer game between Italy and Australia, I ask myself, ‘Who do I go for?’.

Still, although a little part of me will always be in Italy, I feel I belong here where my kids and grandkids are.

I wouldn’t change a thing.