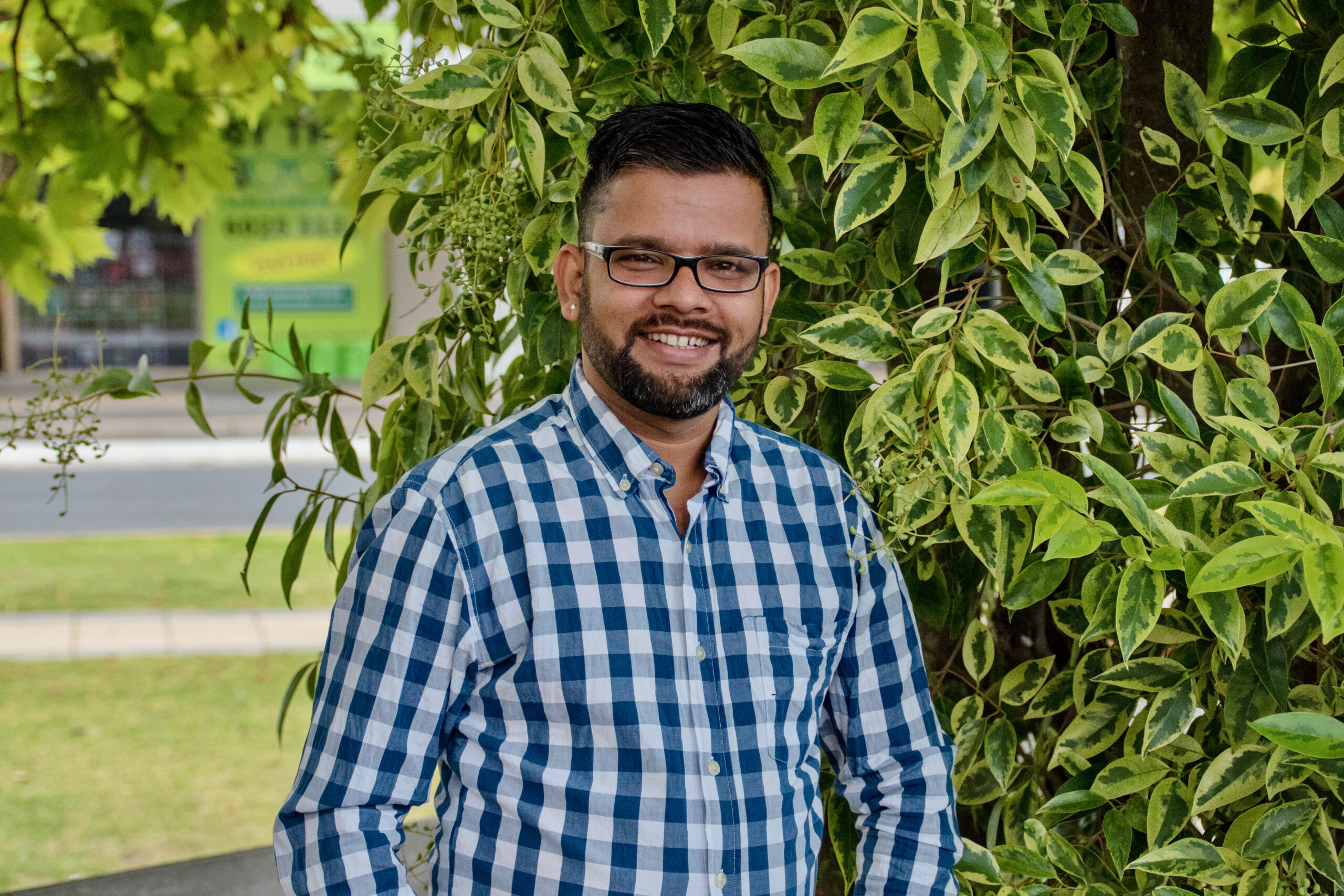 When I was 8 years old and my brother 11, we used to go to the riverbank every day after school to collect stones and break them so that we could afford the pens and pencils we needed for school.
I was born in Bhutan in 1986. But when I was 5, my family had to flee the country because of the One Nation policy, which forced people who spoke the Nepali language and followed the Nepali culture to leave the country and go to a refugee camp in Nepal.
Thinking about my childhood really makes me emotional. Every part of life was full of starvation and hunger. Our family was given 4.3 kilograms of rice per person to last 15 days. I suffered from malnutrition and a lot of children died.
My dad was a carpenter and he eventually found a little work in the local areas outside of the camp. Later, when I was around 12, I started making furniture with him, and selling it to others in the camp.
School in the camp was free up to year 10, but if you wanted to do year 11 and 12, you had to pay for it. So, when I was 15, I travelled to a place 500 km away to lift rocks which were used for road-building, and in that way I earned enough to continue my education.
Because education in the refugee camp was comparatively good quality, many of us found work as teachers in private schools of Nepal. I actually worked as a primary school teacher while I finished my Year 12 and later worked as a secondary teacher while I continued my Bachelor of Arts by distance learning. But even though we were allowed to do this work, we were still considered stateless, and had to report back to the camp every few months.
When I was 22, my family applied to resettle in Australia, so we would have better opportunities. I decided to get married before I left. It was an arranged marriage and I got married a month after meeting my wife. Luckily my mum chose well!
We were very lucky because although a lot of people waited many years, we only waited one year to be approved to come to Australia. When I found out, I was quite excited. At that time, my wife was 7 months pregnant.
When we arrived in Albury airport, there were almost 200 people, both Australians and other refugees who had already settled there, to welcome us like we were special guests. An Australian woman put a scarf around my neck and welcomed me like we do in our culture. It was lovely, a really remarkable moment in my life.
Two months later, we had a beautiful daughter. It had been my dream for a long time to have a daughter. Back in Nepal and Bhutan, they don’t prioritise girls. But I dreamed of having a daughter and proving to her that she could do anything, just like a son.
At that time, most Bhutanese refugees here were working in blue collar jobs, but I wanted something different. I studied English for a few months, and thought next about trying to get into uni. But one of my teachers told me that I would not be capable because of my English. That really broke my heart but I never gave up.
I first did Certificate courses in Home and Community Care and Aged Care, and found work as a Nursing Assistant. Then I thought about a degree in Nursing, but although I took a bridging course, my application wasn’t successful. After that, I did Certificate IV in Disability.
In the same year, we had our second daughter. She was our luck. God could have given us a son or a daughter but we were very lucky to have another girl.
I next decided to do a Diploma in Community Service as a pathway into uni, alongside leadership training. And I’m now in my final year of my Bachelor of Human Services and Master of Social Work at La Trobe University!
For 7 years, I worked as a Disability Support Worker, which was really rewarding, and I’m now working full-time with the Australian Red Cross assisting migrants and refugees in their settlement journey. I have also volunteered for many years, with Saint Vincent de Paul, and within my own community, designing and coordinating social, cultural and sports events.
My wife is also studying and working in the disability sector. Last year during Refugee Week, my eldest daughter wrote and recited a poem about her journey from Nepal to Australia when she was in her mum’s belly. It was beautiful!
This country has given me a lot of opportunity and hope and now it is my time to give back. My message to anyone is to keep dreaming and try hard and you will succeed. In my educational journey, I didn’t take the freeway – I took the slow country road!
But if you don’t get it one way, you will find another.
Durga
Bhutan
Arrived 2011
Read more incredible refugee and migrant stories in the New Humans of Australia books, the perfect gift or conversation starter: www.newhumansofaustralia.org/shop
Photographer: Kerry Devereaux In 2 Photography – Photography by Kerry Devereaux
#refugees #refugeestories #Bhutan #Nepal #alburywodonga #Australia #newhumansofaustralia #storiesnotstereotypes