When I was 7, my family left Czechoslovakia because things had became progressiv… 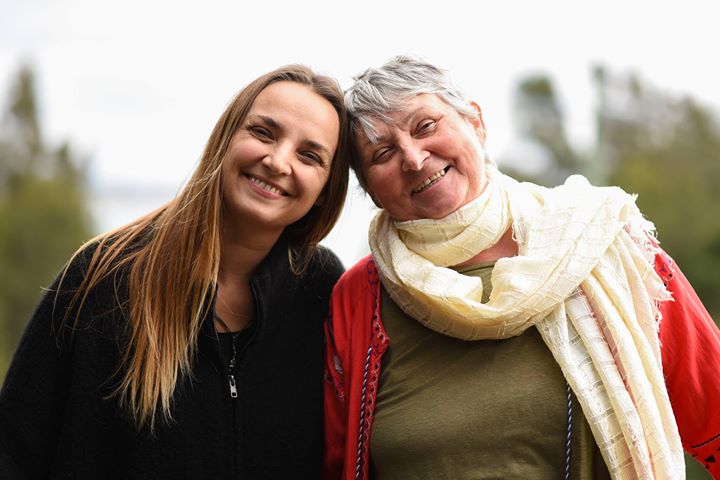 When I was 7, my family left Czechoslovakia because things had became progressively worse in the 20 years since it was occupied by the Russians – there was no freedom of speech, and they had slowly obliterated the Czech way of life. Fleeing was very risky at that time because children officially belonged to the state, and if caught we might have been taken away from our parents. In actual fact, after we left, my Mum was sentenced to two years in prison for kidnapping her own children!

My parents told the authorities we were just going on holiday to Yugoslavia. But after a few days there, they woke us up in the middle of the night, and told us us we were not going back to the Czech Republic, and that we had to hitchhike to the Austrian border. We were picked up 5 or 6 times, but I mainly remember a Ferrari picking us up and the man driving really fast! Everybody who picked us up was so nice – they were offering us food and even money.

When we got to the Austrian border, we were arrested. My parents had promised us a nice hotel but instead we stayed in a prison for 24 hours, playing cards the whole time. We still have that deck of cards! After that, we were taken to a hostel with other Czech families. Many countries at that time were accepting defectors from Communist countries, including Canada and America, but as we had distant relatives in Australia, we chose to come here. 3 months later, we were accepted.

When we arrived in Sydney, we only had $1.60 to our name. We were first taken by bus to the Villawood Hostel and I remember Dad freaking out because we were driven through suburbs like Redfern, which weren’t very nice at the time. But eventually we settled in. Mum learned English, and then found work in a ceramic factory in Newtown, and Dad started his own business as a ceramic mould maker. We went to a local public school and while the local kids were learning another language, we learned English. We received fantastic support. The 80s were all about promoting diversity and multiculturalism, and I remember the school principal was so proud that we had 52 nationalities represented within the school. That’s very different now, and unfortunately Villawood is now a detention centre.

When I left high school, I completed a visual arts degree and then did a post grad in teaching. But I didn’t feel confident enough to be a teacher, and I ended up working in a fashion boutique. That was good for me as I was surrounded by a lot of creative people, and it really helped my people skills. Then I fell pregnant and needed to grow up!

My Mum and her partner had retired to a tiny town called South West Rocks, between Coffs Harbour and Port Macquarie, and as I wanted my son to have family around him, I eventually moved here too. I am now teaching in a school of less than 100 kids who have all fallen out of mainstream education for different reasons. It can get a bit hairy working there sometimes but overall I wouldn’t work anywhere else!

I’ve only been back to the Czech Republic 3 times. It’s weird because when I went back, I thought I would have that feeling of belonging but I didn’t. My home is here now. Mum actually went back every 2nd year for 20 years. Unfortunately, she can’t go back now due to health issues, as she has stage 4 brain cancer.

I’m so grateful to her. Mum made our migration out here to be a bit of an adventure, and that is how I remember it. She tells me she’s happy she was so naïve and ignorant at that time, because if she wasn’t, she would never have tried defecting. But she is so glad she did, because the whole experience of seeing her kids grow up free was worth everything.

I need your help! Can you offer your support to New Humans of Australia on an ongoing basis? For as little as $1 a month, you can become a patron and get all stories direct to your inbox. Or become a strong supporter for only $10 per month and get a free copy of the amazing book! Whatever you choose, it all adds up and helps me to do my work. Thank you to all my patrons, supporting the arts and supporting social change! ❤️ ❤️ ❤️