When I was 18, I decided that I didn’t want to be a Muslim anymore. From that po… 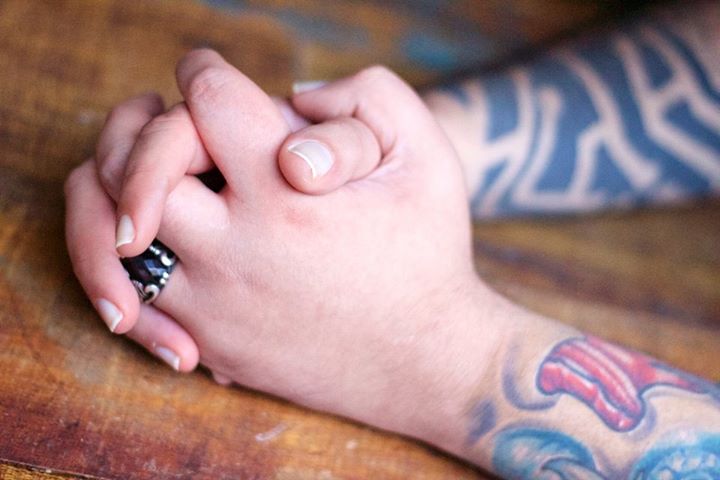 When I was 18, I decided that I didn’t want to be a Muslim anymore. From that point, I knew that my life was in danger, because apostasy is a crime punishable by death in Saudi Arabia. As a result, I always felt afraid. Then, when I was 22, I got kicked out of uni because my grades were terrible. I was actually suffering from mental illness at that time. Although I was diagnosed with anxiety and depression, I wasn’t diagnosed with bipolar disorder, or with obsessive compulsive disorder, or with chronic insomnia, all of which I suffer from. They only gave me a drug which caused a psychosomatic disorder in my body. It was absolutely terrible.

When I got kicked out of school, my father told me to either find a job or get out of his house, and my uncle got me a job at a company which specialises in air conditioners. Then one day, my sister told me there was an Australian university expo on. I didn’t have much hope, but I went and applied, and a month later, I received acceptance letters from 2 universities, which I gave to my parents. I didn’t expect them to allow me to go, but a couple of weeks later, my Dad sat me down and said, ‘Look, your mother will not allow me to sleep at night if I don’t let you go. So here’s my plan. We’re going to fund you until you get the King Abdulla Scholarship and I have two conditions. You need to save up your money for your visa and for your ticket out of here.’ Of course, I was elated.

Unfortuately, the week before I arrived in Australia, I slept only around 10 or 15 hours. So when I arrived, and started my studies, I was already manic and heavily sleep deprived. Then, I went from manic to suicidal in a week. It wasn’t a downward spiral either. It was just manic, manic, manic, suicidal. Luckily, my English teacher saw that I was falling asleep in class and guided me to get my mental health assessed by a counsellor, who referred me to a psychiatrist. I actually became critical at one point to the point where they were trying to put me into the Royal Brisbane Hospital.

That’s actually the reason I got one of my tattoos – so I don’t harm myself. I used to self harm with razors, and one day I was sitting there scraping a knife against my upper arm and I thought to myself, ‘Look, instead of cutting yourself and living with the scar if you live, you might as well get something that you like.’

In 2014, my mother came to visit me, and I told her I wasn’t a Muslim anymore and that I wanted to seek refuge in Australia. Then she said two things. The first thing was that they were cutting me out of their will, because only Muslims can inherit from other Muslims, and the second thing she told me was, ‘If you seek refuge in Australia, we’re going to disown you as our son.’ I didn’t know if she was serious or if she was trying to intimidate me back into Islam. Regardless, I was devastated.

My grades were getting worse and worse, and I knew that my scholarship would get cut. I couldn’t go back to Saudi Arabia, and I didn’t have any money to apply for legal help to stay here. So I decided that I was going to commit suicide. Then, a friend of a friend referred me to an organisation called RAILS (Refugee and Immigration Legal Service), and thankfully they took my case up.

My brother’s the only one from my family who talks to me now, but he’s been very supportive. I’ve also had a lot of help here from some great friends, which I am very grateful for. I am also very grateful to the Australian health system for the support I have been provided with for my mental health, which is much better now that I’ve been diagnosed correctly.

I would just like to finish by saying to my fellow refugees – don’t give up. And if you’re suffering from mental illness, please tell someone. There’s absolutely nothing wrong with seeking help.

If you would like to support the New Humans of Australia project, please visit: www.patreon.com/newhumansofaustralia