When I was 10, my dad died, which was very upsetting for me as we had been very … 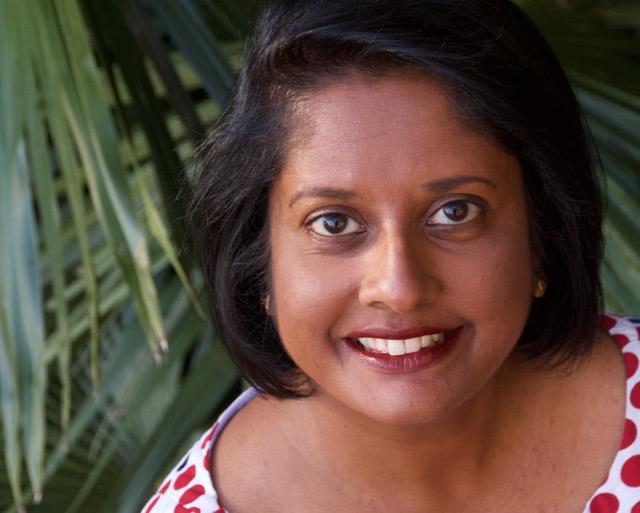 When I was 10, my dad died, which was very upsetting for me as we had been very close. A few years later, my sister married an Anglo Australian, and about 5 years later she sponsored Mum and I to come to leave Malaysia for Australia, as all my other siblings were by then married. Before we left, we sold or gave away everything. Giving away all our books was the most devastating thing for me, especially my Dad’s encyclopaedias.

I was 16 when I arrived, and I was the only person with coloured skin in my whole school so I copped a lot of racism. Some of the insults I remember were being called Kentucky fried chicken legs because of my dark skin, and choc mint paddle pop because of the green leotard I wore to jazz ballet. To be picked on for something you can’t change was foreign to me, and it was really tough – I very quickly lost my accent and changed my hair style! Luckily, there were kids who eventually took me under their wing.

One year later, my mother decided to go back to Malaysia, because she was feeling too lonely in Australia. As a result, I stayed in a foster home for a year. I was actually placed with a Catholic family, and that was part of me becoming a Christian.

Later in life, I ended up working as a missionary in Bali for 5 years. In that time, I formed some deep relationships with other ex pats, but they would always end up leaving, and I found myself suffering from depression and anxiety. Eventually, I decided to see a counsellor, and it came out that I have abandonment issues relating to my father’s death, and my Mum leaving me in Australia.

Soon after, I came back to Australia, and started attending Bible College, but the combination of transitioning back into my former culture, and studying, and dealing with my emotional issues eventually led to a breakdown to the point where I was in a foetal position rocking back and forth. So I started seeing someone again. At first, I resisted taking medication, but when I spoke to my lecturer about it, he said, ‘Most people in Australia live with a certain amount of low level anxiety, and Christians are not exempt from that. If you were a diabetic, you would take insulin, and it’s the same thing as that. Your brain is not working properly.’ I really needed to hear that.

A year later, I stood up in church and shared my journey and it was amazing how many people came up to me at the end and quietly told me they had experienced anxiety and or depression too. Unfortunately, it is still often seen as shameful to admit it openly.

I just started a new job as a chaplain with Anglicare. Part of the parish is in an area which is mostly made up of social housing, and there’s a lot of drugs in the community, including ice, and a lot of broken families. There’s also a lot of mental health issues, which I have a lot of empathy for now, having gone through it myself.

It will be a tough place to work but I think that everything I’ve gone through in my life will allow me to help create a community that will provide love and support.

Want to support New Humans of Australia? Get our gorgeous book: www.newhumansofaustralia.org – the perfect gift and conversation starter!