When I was 10 months old, my parents bought tickets to escape Vietnam on an over… 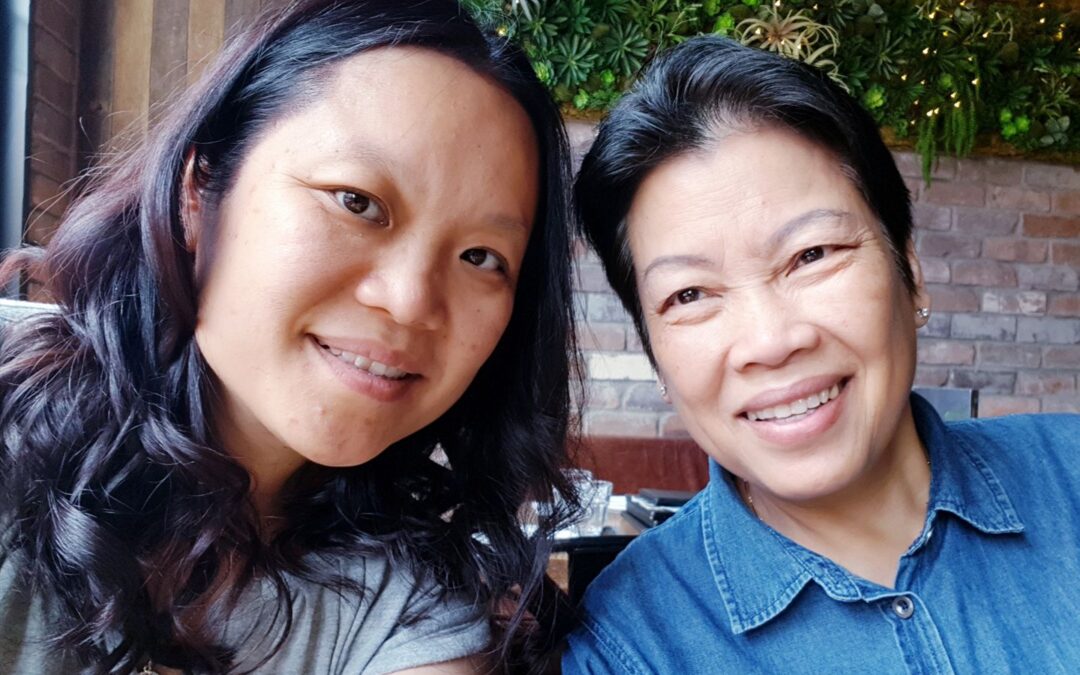 When I was 10 months old, my parents bought tickets to escape Vietnam on an overcrowded fishing vessel with 363 people onboard. It was really scary for them because they had heard many stories of boats capsizing, and of pirates.

They had got married just before the war ended. But at that time, things actually grew worse because people started turning on each other, and as their parents had been born in China, the government said they were no longer recognised as Vietnamese. As a result, my parents thought it wasn’t safe for me to grow up there.

Mum hid a necklace on me under my shirt because she thought the pirates wouldn’t look there. Luckily, although we did see pirates in the distance, for some reason, they didn’t chase our boat. There were two babies born on that trip, and she reckons they gave us good luck!

On the second night, we ran out of food, and we were at sea for four more days after that. Finally, when we made it to Malaysia, the captain sank the boat, and made everyone swim to shore. Mum couldn’t swim and says she doesn’t really know how she and I made it in. All she remembers is that it was daybreak when we reached the shore, and that I was drenched in sand and water. The troops that met us there were aggressive, and hit the men, including my dad and my cousin, which Mum says was terrifying, as she felt like we had left one hostile country only to arrive in another!

But the next day the Red Cross took us to Pulau Bidong refugee camp, and gave us rations of rice and beans. Mum says that first meal was the best they ever had, because they were so hungry. But after eating it every day for a year, if she sees a can of baked beans now, she just shudders! Because of that diet, I didn’t develop properly and kept falling over, and Mum worried that I was going to die from malnutrition.

My parents were able to use that necklace to buy us a place in a shared makeshift shelter, rather than sleeping on the beach with the others. But after that, they just waited to be accepted as refugees somewhere, and every night, Mum would just look out in the darkness and cry.

After a year, we finally got the good news that we had been sponsored by the Sisters of Mercy to come to Australia! By then, I was 2 and my mum was pregnant with my sister.

We were very poor at first. All our toys came from donations, and Mum had to make us clothes from fabric bought at op-shops. And because my dad had never learned any practical skills in Vietnam, he couldn’t get a job, which made him really depressed. But finally, after a year, he got a job at the steelworks in Wollongong.

Things were hard for me. I remember getting into trouble when I started kindergarten because I didn’t know how to tell the teacher that I needed to go to the toilet and as a result I wet my pants. Instead of helping me, she punished me by making me stand in the corner while the kids laughed and pointed at me. It was horrible.

School was also difficult because I didn’t fit in. I still couldn’t speak the language well, I wore a handmade school uniform sewed by my mum, and instead of sandwiches like the other kids, I had things like fried rice. As a result, the kids would pick on me and call me things like ‘Ching-chong’.

Mum wasn’t very sympathetic, as she believed school was for study not for play. When she was young, she had begged her parents to send her to school, but because they were poor and she was a girl, it hadn’t been a priority. So she just said to me, ‘If they don’t want to play with you, don’t play with them!’

My turning point was in Year 3, when I received a merit certificate for reading from an amazing teacher I had. That was the first award I had received for anything, and my parents were so proud. After that, I decided that I didn’t need friends; that all I needed was a teacher who believed I was good. So I studied really hard, and entered every single competition — public speaking, maths, science, and I often won. Things picked up, and I eventually made friends with other bookworms!

At first, there were 9 of us living in a little leaky 2-bedroom house. But finally, my dad managed to get a loan for a big 3-bedroom house, and a few years after that, we got our first car. When I look back, I’m proud of my parents for achieving so much with their hard work. My father stayed at the steelworks until he retired, and never missed a single shift, except on Chinese New Year!

After school, I went on to study Psychology and HR Management, then worked in Disability for 20 years, and I now teach Community Services at TAFE. A lot of the racism I experienced in my childhood was about us being good for nothing and living off welfare, and that was just not true. So I now try to teach people that refugees are not a burden, and that we can give back to society. We just want a better life for ourselves and our children.

I have two sons, Raphael and Leonardo, named after the Ninja Turtles! My boys, who have Chinese, Vietnamese, Peruvian, and German heritage, just seem to fit in at school. I’m really glad that my parents made the sacrifice to come here, so that my sons are able to have this life.

I feel I’ve lived a lucky life, but they are going to experience so much more than me.