When I left Poland, it was under a communist regime. It was an awful place to be… 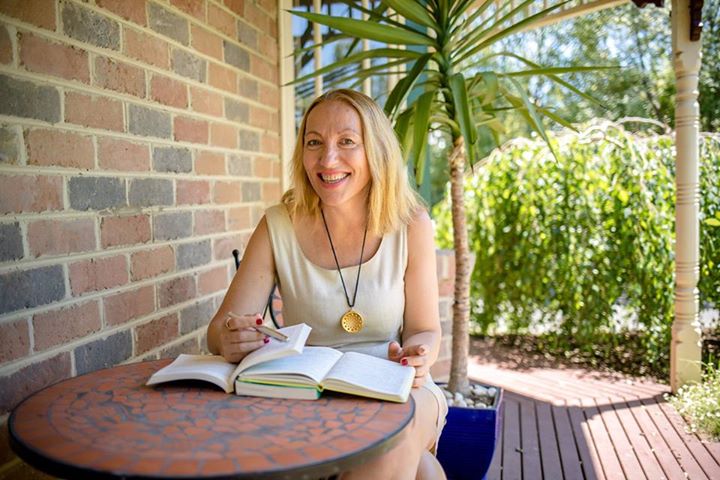 When I left Poland, it was under a communist regime. It was an awful place to be then because of the lack of freedom, and for me, the most important thing is to be free and creative. One day, I went out with a friend and there were these demonstrators protesting against the regime and I just joined in, and then I got chased by a tank, gassed and thrown into jail.

I was just 19, and my mum had to collect money from her friends and use a bank loan to bribe a policeman to get me out. Later, at the trial, I refused to say that I was guilty and I became a kind of local hero for a day. The police told me that I wouldn’t ever be able to leave Poland because now I was a dissident, and in that moment, I knew I was going to leave because if someone tells me I can’t do something, I always want to do it.

So the first opportunity I had I left Poland for Paris with just $10 in my pocket, a borrowed suitcase and a dream of being a writer!

In France, I managed to get all kinds of odd jobs and I started writing short stories. Then, my visa expired, a girlfriend suggested I try Canada, so I went to the Canadian embassy and got the immigration forms, but upon looking at them, I felt completely useless because I only had first year Philosophy behind me! I thought it was totally unfair because I had a lot to offer and society doesn’t just need accountants and engineers – it also needs artists. Although I thought I had no chance, I didn’t give up. I said to myself, ‘I am not wrong, they are wrong!’ And instead of filling up the forms, I wrote a letter to the ambassador saying, ‘I have this big dream to be a famous writer and I have a lot to offer Canada. And in order to support myself as a writer, I am willing to work anywhere, even on the farms.’ Two weeks later, I got a letter from the embassy for a meeting! So I went and after they tested my English and French, a man who I will always be grateful to, just looked at me and saw this young person with big dreams and said, ‘OK, when do you want to go to Canada?’ I said, ‘Look, its December so it’s very cold in Canada right now and I don’t have any money to buy warm clothes!’ So I went to Canada in March.

The first few years for any immigrant are pure hell. I rented a room in the worst part of the city and then I realised I had moved into a house of neo Nazis after seeing all of Hitler’s pictures hanging on the wall. Luckily, I had a car accident when I was riding in a taxi, and the insurance money allowed me to move to a better part of the city. Eventually, I got a job as a waitress, which was very helpful because I taught myself to think in English. Then I went to the University of Toronto and I got my Bachelor and Masters Degree and a Diploma of Teaching. And I also started publishing short stories. After that, I was offered two scholarships to do a PhD but by then I was too exhausted to do it.

So I started to apply for jobs overseas and I got a job in Malaysia training students to come to university in Canada. I loved teaching Malaysian students as they didn’t require discipline but had a hunger for knowledge, and I felt I could finally contribute.

Exactly a year later, I was head hunted by Monash University to teach Creative Writing on their Malaysian campus. And as they required their teachers to have a PhD, I enrolled, and I also started to publish stories in Australian publications, including the Best Australian Stories. Many Australian friends who I met there encouraged me to finish my PhD at Monash in Melbourne, so next I moved to Australia!

It was a great synchronicity because the same year I finished my PhD, I met two men from Melbourne who had made some biblical discoveries in Jerusalem. They hired me to go with them to Jerusalem to write a book about their discoveries – Jerusalem Diary- and I could not resist the adventure! Since then, I’ve been teaching at Monash University and RMIT while continuing my writing.

I believe that life is about being authentic and having an opportunity to contribute. Sometimes it requires taking risks. It also requires commitment and making brave choices. But it’s worth it. You live a fulfilling life and you have something to give to others.

If you are thinking about buying copies of the New Humans of Australia book as Christmas presents, please order now. We only have a LIMITED NUMBER of books left, and may not have time to do a reprint for later orders.