When I arrived in Wagga Wagga, it was freezing, which was a shock for me coming … 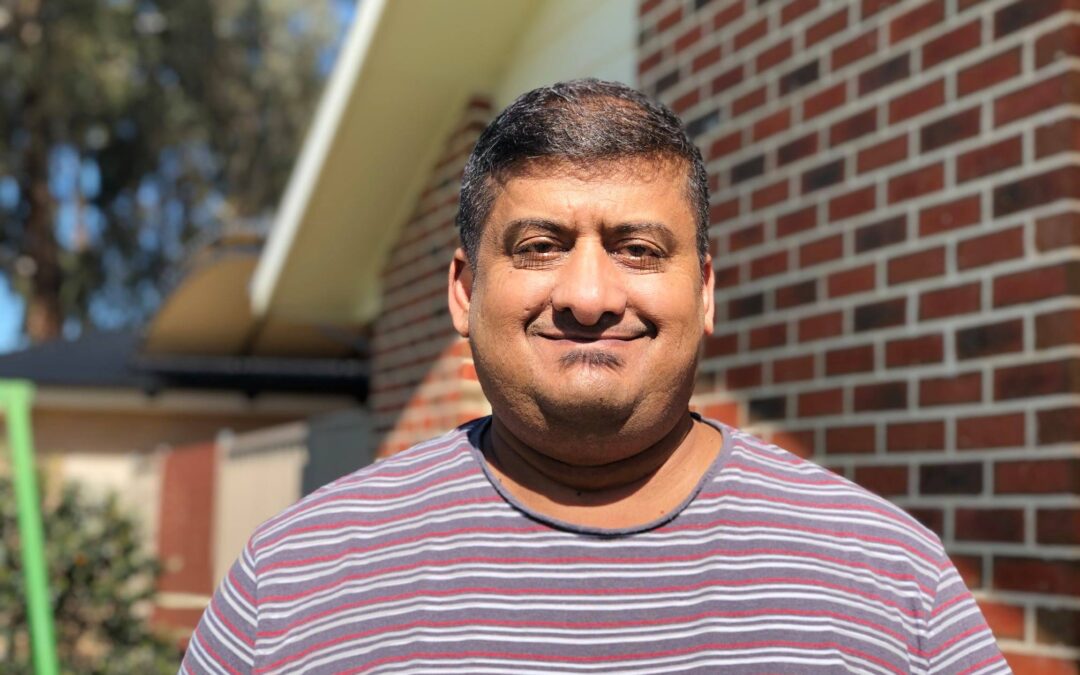 When I arrived in Wagga Wagga, it was freezing, which was a shock for me coming from Karachi in Pakistan! At first, I was a bit homesick and depressed. But after a few months, I moved in with Gloria, an elderly lady, who really made an effort to introduce me to the local culture and to local friends. I was very grateful, and ended up calling her and her husband my ‘Aussie parents’.

At first, my dad was supporting all my study and living costs, but I eventually found a job, working for $8 an hour in a kebab shop. This was an interesting time for me, as most of our customers were drunk. I had to deal with so many different people – some funny, some violent, and some were so drunk that they would collapse.

Unfortunately, I was also attacked by a few drunk people. At that time, it was not long after 9/11. There weren’t many multicultural people in Wagga, and people thought that everyone who looked like me was an Arab. Once I had my nose broken. But Wagga has changed a lot now, as it is much more multicultural.

I next met an Aussie girl, who is now my wife. Everyone told her not to marry me – that I would leave her as soon as I got my permanent residency. But we were married in 2005 and are still married!

After that, I dropped out of my studies. I was doing my second MBA, but one day, I met the HR Manager at Heinz and he said that people wouldn’t give me a job as I was already over-qualified and that it wasn’t worth doing it again.

I did lots of odd jobs, including roadworks, furniture removals, running a kebab shop, and working in an abattoir! But all the time, I was applying for jobs. Finally, 2 years later, I got my first break – a casual driver position in the NSW Health Service in Tumut, about a 1-hour drive from Wagga. Having a casual job is no guarantee of work but at least then I was in the system, and after that I got some casual admin work.

I kept applying for jobs and eventually got 2 interviews on the same day, one in Queanbeyan, a 3 hour drive from Wagga, and another on the same day in Pambula, which is 5 hours’ drive away. I did both interviews in one day and got both jobs!

However, because my wife had work in Wagga, we couldn’t relocate. So every Monday at 6.00am, I drove to Queanbeyan, where I worked three days, then to Pambula for 2 days, and Friday night I drove back to Wagga, 1100 km in total. Everyone called me crazy, but I just wanted to work! After a month, I was offered a full-time position in Pambula, and a year later, I finally found work in Wagga, where I am now working for NSW Health.

I love to help people – I believe it’s good karma! Nowadays, I often help new Pakistanis in Wagga to apply for jobs. And one thing I always tell them is to never give up – to just keep trying.