We had expectations of Canberra being a pretty city by a lake, but when we were … 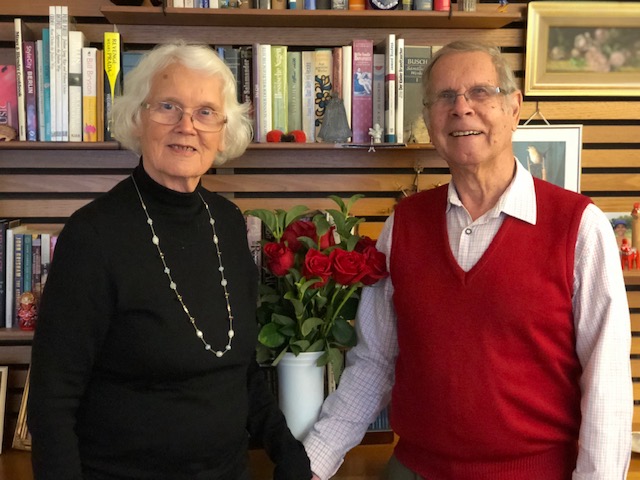 We had expectations of Canberra being a pretty city by a lake, but when we were taken to Civic in the centre of town, there was nothing much there, and we all said, ‘Where is Canberra?’

I was one of 150 German carpenters and joiners chosen to come out to Australia to build houses for AV Jennings, who had a contract to build 1850 houses for public servants in Canberra. When I saw the ad, the money seemed quite good, so I thought I would work the two-year contract, save some money and then return to Germany to start a family.

Our first job was to build prefab houses but later we worked on weatherboard houses. We didn’t speak much English, so for the first few weeks we had a Polish leading hand who translated for us, and we got along alright. Next, my friends and I moved to Queanbeyan to work at a joinery that was making window frames. Soon after, I was able to buy a block of land at a good price, and with the help of my friends, I built a simple garage on it to live in.

After a while, a friend and I went to build homesteads for the famers in the Never Never in Queensland. We worked 11 hours a day, 6 days a week, and of course you couldn’t go anywhere to spend your money, as there were no pubs! So after 6 months, I had some money saved.

When we returned, I bought a return ticket on a ship to visit my parents in Germany, but when I got back, I just didn’t like it. Here in Australia, everything was so easy. You could talk to your boss on a first name basis, you could do what you liked to do, but in Germany everything was so regulated, and everybody was so busy. I said to my parents, ‘I’ve got a block of land in Australia, and if I can get married while I’m here, I’d like to go back!’

After that, I went to visit one of my German friends from Australia who had returned to Munich, and while I was there, he introduced me to his sister. We got on very well, and she had always wanted to travel, so we decided to get engaged. At first nobody believed us, as it had only been 3 months since we met. But we were married 2 months later!

We had our honeymoon in the Black Forest, then went to Rome and Naples, where I had to say goodbye to her, and board the ship to Australia. Upon arrival in Australia, I had to apply for her visa so she could come out.

Luckily, it was approved quickly, and four months later, she arrived in Sydney. We lived in the garage for 5 years while we worked and saved, and by the time we had our first child, I was able to start working with a builder to get our house built on our land.

One day, the company I was working for closed down their joinery, so I decided to start my own business, and invested in a 100 m2 unit. I first thought about making pre-fab kitchens, but although people were interested, they wanted something more specific, which meant I had to buy special machinery. At first, I was getting worried that I wouldn’t get any work, but then one day I finally got a job, and after that, I never looked back – all my work came from word-of-mouth referrals.

After a while I had to employ an apprentice, then another. Then I built a 600 m2 factory, and ended up employing 5 people. We did some nice kitchens, and some special designed furniture over the years.

The 150 men who came out together are now known as the ‘Jennings Germans’. Those of us who are left in Canberra often get together. This week, there are 80 Jennings Germans from 4 generations having lunch together! Recently, the Canberra Museum and Gallery ran an exhibition on our stories, which was a really marvellous experience.

Growing up in Germany, I never could have imagined this life. But I’ve enjoyed it very much. I have a beautiful wife, two very nice children, and one grandchild who just finished high school this week. My wife and I recently celebrated our 64th wedding anniversary together. We still live in the house that we built all those years ago. Soon, I will be 93, and I still cut the lawn!

What more could I possibly want?

If you enjoy these stories, please help support my labour of love on my Patreon: www.patreon.com/newhumansofaustralia. ❤️ All patrons receive a free copy of the book and get stories emailed direct to their inbox, plus the satisfaction of knowing you are contributing to a great project, bringing the voices of Australian migrants to Australians.