We came to Australia from Jordan when I was 9, and we ended up living in Castle … 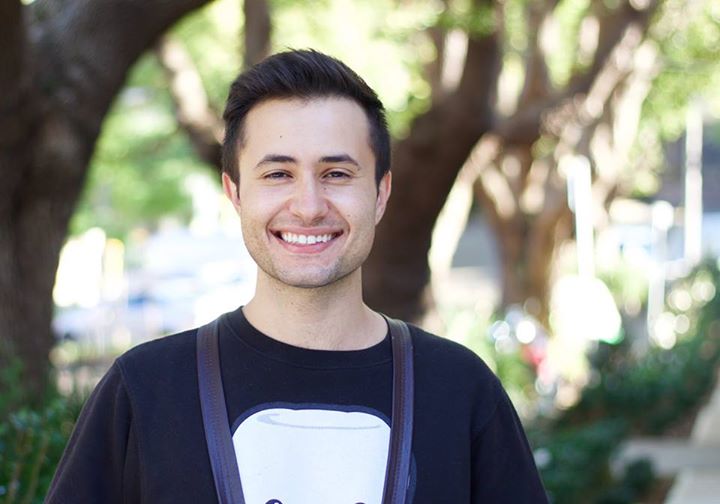 We came to Australia from Jordan when I was 9, and we ended up living in Castle Hill, a very Christian area. As a result, I went to a public school filled with Christian teachers, where I was one of the few Muslims in my school. So I was already different, but then when I was about 13 or 14, I started feeling that I was even more different. But I didn’t really want to say why.

It was considered cool to be a bit of a homophobe at my school. And of course, there was no support for non-heterosexuals at all – for example, it wasn’t even mentioned in sex education. There was this one Scripture teacher who said people become gay because they get bullied, which made me very confused, and another time the deputy principal was making fun of a very feminine guy by imitating his mannerisms. So I grew up thinking that being gay was just wrong; it was wrong at school, and it was also wrong at home. I still remember one night when my father saw Mardi Gras on the SBS news and said how disgraceful those people were. So every single time that I thought about being gay or anything related to it, I would just reject it in my mind.

Then, in year 10, I went to Paris as an exchange student and I had my first kiss with a girl. I realized then that I was gay. When I came back, I really came out to myself, and I felt very depressed. I started skipping school and ended up getting alopecia because I was so worried about anyone finding out. I had this fear of people rejecting me, and I didn’t want my parents to have more problems than they already did. My father was getting sick, he was undergoing dialysis and I was his caretaker twice a week. So I told myself that I didn’t want to hurt him.

Then one day, my parents found a gay magazine in my room, and they confronted me, hysterical. In their minds, they thought that being gay was a Western phenomenon – I didn’t tell them that I had been like this since I was 13. Eventually, there was so much friction at home that I moved out, and it was really then that I started exploring who I am.

I had started working at Just Jeans in the city, where I made friends with gay people for the first time. I found it fascinating how comfortable they were with their sexuality, and it allowed me to have a sense of connection with others that I hadn’t had before. After that, I went a bit crazy and did the whole four nights a week in Oxford Street, drinking a lot and so on. But at the end of that year, I started saying to myself. “Hang on, I need to question what I’m doing here.” So I applied for Sydney uni and started studying Human Geography part time.

Now I’m working on my honours thesis, and I just spent 6 weeks doing research in Myanmar. I also lived in Indonesia for 7 months as part of a student mobility program. Those times fundamentally changed me. When you live outside of your normal environment, it really forces you to question your moral compass – who you are, what you want to do and what kind of life you want to ultimately live.

When I came out I felt like I had to make the choice between my sexual identity and my faith. But I’ve realized that’s its not really that black and white. Identities are so complex, and my personal relationship with God shouldn’t be decided by what others believe is the right path.

I’m in a really good place at the moment. I feel a lot more settled than I used to – I’ve made a lovely queer community that I can happily call as friends – and they all seem to love my Arabic food and pop music!

Would you like to support New Humans of Australia to keep telling the true stories of refugees and migrants? Visit www.patreon.com/newhumansofaustralia 🙂