War broke out in South Sudan when I was five years old. Over the years, most of … 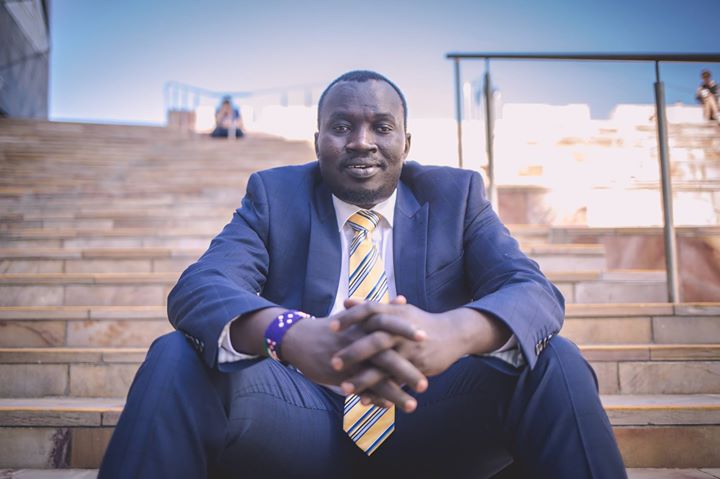 War broke out in South Sudan when I was five years old. Over the years, most of my family members joined the army, including two of my brothers. As I was the last boy left, I was responsible for taking care of my Dad because he was sick. I would go and dig the roots of the tree for the medicine, and I was always by his side. When I was 10, he died. Because I was only young, I was devastated by his death, and after that I always had the feeling of wanting to care for others.

Two months later, they started recruiting child soldiers in my village, and most of my school mates were joining. As a male in South Sudan at that time, you always had the feeling that you were going to die. So if you felt that you might be able to protect yourself in some way, you thought you had better try. The day I left, my mother was in another village, attending my sister’s wedding. If she had been there, I knew she would try to stop me from going. She was very upset when she came back and found out I was gone because I was the last son she had left. Later, she told me that she was almost suicidal.

There were about 2000 kids ranging from 7 to 17 years old in our camp, all working as child labourers. For half the week we studied, and on the other days, we worked. Some of us were sent to fetch water in big barrels, which a few children would have to push for three kilometres to the houses of the officers. Or we would fetch firewood or cut grass for thatched roof houses. It was not easy work.

One day, my cousin arrived and told me my village had been destroyed and some of my uncles had died. The first thing I said was, ‘Is Mum dead or alive?’ And he said, ‘She is alive and with your brother in a village not too far away.’

My senior said I could visit her, but only for two hours. When I came back, some of the other young children in my platoon said they wanted to go with me to eat some of my mother’s food, but when I asked for permission to go again, they said no. We went anyway, and when we got back, I was badly tortured. The sergeant ordered two boys to beat me with sticks on my butt. When they realized I was not crying, they removed my trousers and continued, and my head was injured because I was moving around a lot. Then they dug a hole and somebody stepped on my feet to hold me steady so I wouldn’t be able to move as much while they beat me.

After that, I became very sick, and the blisters I had became infected. Two months later, I reported the issue to the captain of the camp, and he allowed me to leave and join my mother again. We travelled around for years, trying to avoid the war. One time, we walked 500 kilometers. Later, we walked another 600 kilometers. In 1996, I had some basic training as a community health worker and then as a medic. Finally, I moved to the refugee camp in Kenya where one of my brothers was living.

Life in the camp was far worse than any life I can compare to. It was a camp of over 80 000. People were given 5 kilos of grain and a bit of oil for 15 days. It was dusty, a lot of wind, and a lot of illness. I was put into the main hospital as an auxiliary nurse on the isolation ward. Many patients had nobody to care for them, so I became the immediate person they wanted to talk to, and what they would tell me the worst stories of how they got separated from their family members and how they would not be able to see them again. Most people died there because of a lack of blood and medicine, and they knew that when they died their graves were not going to be marked and their words not heard.

It was very hard to hear all those stories, and as a result I now have very bad memories of hospitals. Even when my children were born in the hospital, it brought back my traumatic memories.

The first time I saw my wife I knew I loved her, but it takes time to convince a Dinka’ girl and it took me 4 years for her to love me too! Then, when she was only two months pregnant with our first child, she and her family left, because they had been accepted as refugees to Australia. After she arrived, she applied for the spouse visa, and it was soon approved. When I arrived, my daughter was already 8 months old.

My first job was as a community development worker, where I got to know my community inside and out. Then I did a degree in Computer Networking and other mass communication studies. Next, I got this job as the Executive Producer of Dinka radio at SBS. In the interview, I told them I would put this radio station on the map. And I have. SBS Dinka now covers more South Sudan news than any radio in South Sudan, and even the internationally.

When I came to this country I was a refugee, but now I want Australians to see me as a part of this community. My first words in Melbourne were from the customs officer, who said, ‘Is this your first time in Australia?’ When I said yes, he said, ‘Hello mate, welcome’. And that was it for me. I’ve always treated Australia as home and I’ve always been proud of it, ever since that first hello mate. I felt like I was coming home.

This month we are exploring refugee and migrant stories inspired by SBS Australia’s thrilling new Australian drama, #SafeHarbour, airing Wednesdays 8.30pm on SBS and SBS On Demand. To find out more, visit http://www.sbs.com.au/safeharbour