Two weeks after I got a job in a chicken shop in Bronte, this Canadian guy with … 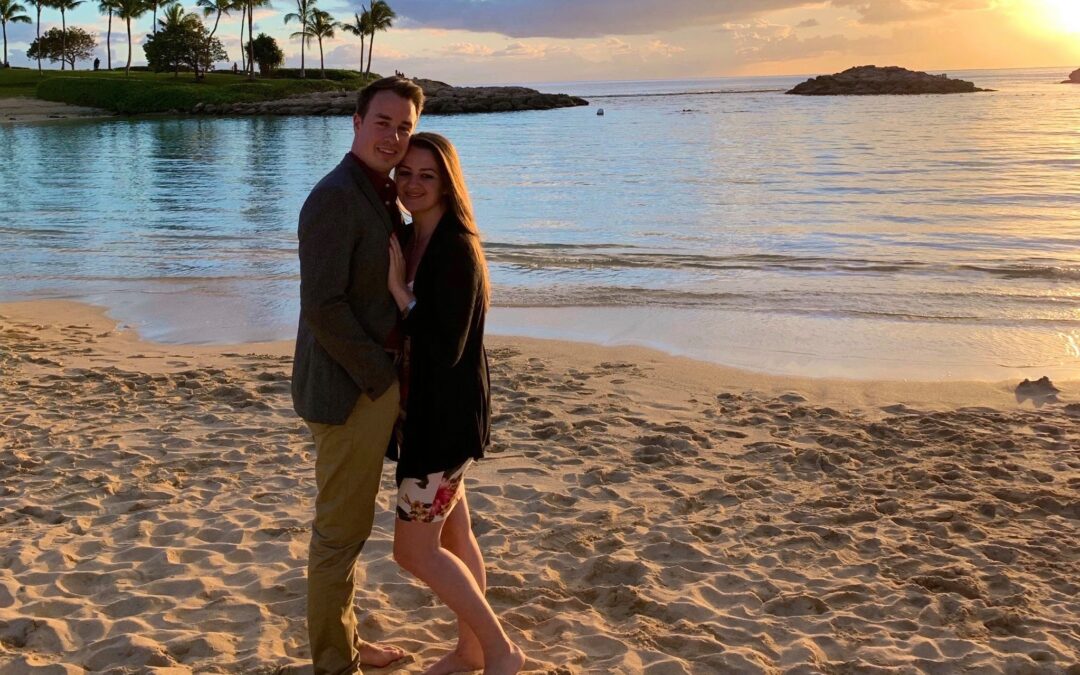 Two weeks after I got a job in a chicken shop in Bronte, this Canadian guy with bright blue hair came in, and we got to chatting. He asked if I wanted to stay in Australia, and I told him I loved it but that I needed a boyfriend to stay! Jokingly, I asked him if he knew anyone and he jokingly said he’d ask around!

I had come to Sydney with the marketing company I was working for in New York, and had fallen in love with the city. But I was working almost 70 hours a week in that job, which took a toll. So after a year, I switched from a work visa to a student visa, and started working casually for a while.

Two weeks later, the same guy came in and said he’d found someone for me. I thought he was kidding, but he showed me the guy’s photo. I thought he was cute, but I still thought it was somehow a joke. Then he suggested I give him my phone number for him to pass on to his friend, so I did. But I didn’t think anything would come out of it.

Four days later, I got a text saying, “Hi Ash. My name is Aaron. I got your number from Dylan – bright blue hair guy, can’t miss him. Total shot in the dark here, but would you like to go for coffee sometime?’

When I first saw him, I immediately hoped it wasn’t him, as he was wearing the most obnoxious, loud, colourful pants I’d ever seen in my life! But those pants didn’t really matter. We met for breakfast in a café at 11:30am and didn’t leave until 4:30pm and the only reason he left was because he had to go to work.

After a month he asked me to be his girlfriend. Two months after that, my visa ran out. Still, when I told him I had to leave, he actually booked his flight to New York to come see me before I had even booked my flight back!

We had a month together there, and when he left, I cried at the airport. I was worried he would go back home and think it wasn’t worth it. I was pretty jaded by this time, as the three guys before Aaron had ghosted me.

But after he got back, he said he wanted us to apply for a Partner Visa. He was really committed to making a life together for us, so he started working two jobs to get money together, a mortgage and a car, which was amazing. He also came to visit a couple of times, and we went to Disneyland and Hawaii. Then I finally made it back to Sydney, two years after I had left!

In the first week of my arrival he went down on one knee and proposed, and I started screaming and asking him if he was serious. Now he says he was down on one knee for a while waiting for my answer!

We now live together happily in the Shire. I’m working as a receptionist in the city, and Aaron’s a duty manager in a club in the city. Our wedding was meant to be in October but has unfortunately been delayed because of COVID.

It’s strange to me when I think about our story because so many little things had to fall in place. I had to take that job in the chicken shop, the friend had to come in, I had to be the one to serve him, I had to make that joke, he had to take it seriously, he had to take my number. Aaron is so good to me – I look at him sometimes and wonder how he’s real.

The whole thing blows my mind.