My parents both migrated to Australia from Iran in the 70s… 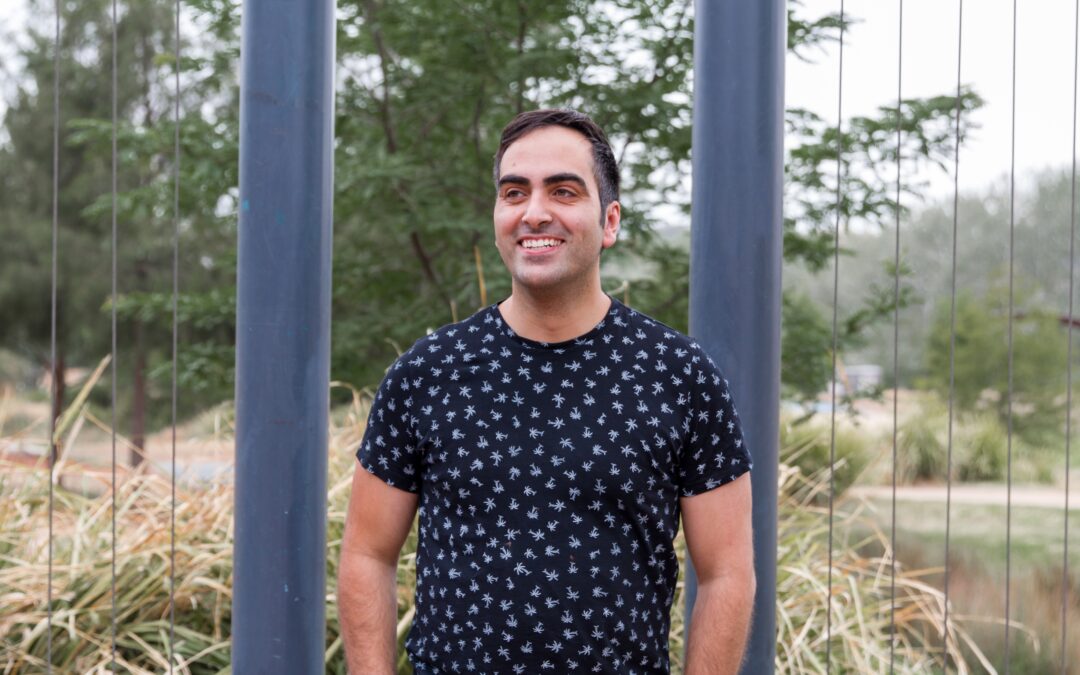 My parents both migrated to Australia from Iran in the 70s. Dad worked for the Iranian embassy at first, and later as a public servant, and Mum was a biochemist at the CSIRO. I didn’t experience much discrimination initially because I had pale skin and a pretty Aussie accent which was very thick if anything, because I watched a lot of Blinky Bill! It didn’t really occur to me that I was different, even though we visited family overseas and went to the mosque, because it was just part of our routine.

When I was around 10 years old, an Anglo friend of mine taught me what racism was. He said, ‘There are people out there who don’t like people like you, but it’s okay because me and my family don’t like those racists’. I was quite bewildered. It was supposed to make me feel OK but it actually made me a bit scared. Later on, I did experience some bullying at school, especially after 9/11, where people would equate being a Muslim with being a terrorist. Or kids would tell me I should shave or I would look like Osama Bin Laden. But I should really emphasise that there were a lot of allies as well. Even when I was 11 the principal called me into his office and said, ‘If anyone ever mistreats you or discriminates against you, just tell me immediately and I’ll be on them like a ton of bricks.’
On the most part I had a normal, happy childhood like any other kid, except for the fact that in Australia it was just my parents and me and my brother, but when we went to visit Iran, so many relatives would be waiting at the airport with flowers and presents and they would all come and embrace you and all of them were so, so happy to see you! Everything was different there. I remember I would immediately feel the scratchiness of my uncle’s beards when they kissed me, and the thick smell of their cologne. Most people lived in compounds and the culture was very family oriented – everyone was always checking on everyone and coming to visit each other’s houses, and the smells and flavours of the food were very different.
When I was in Australia, I’d be like, ‘Oh, I’m just an Aussie, like everyone else’, but when I went back to Iran it was such a strong reminder of where my family came from, and it triggered these feelings of nostalgia and almost a sense of loss. I would wonder what my life would have been like if circumstances were a bit better economically in Iran, and I could have grown up there, with that feeling of community all the time. Then, when I had to leave all that love and come back to Australia, it felt almost like I was waking up from a dream state.
In the end, I considered myself as Aussie first, but being Iranian was something that still very much formed part of my identity and I would try to nurture it as much as I could by, for example, going to Persian school, or going to local community things like Persian film festivals. But it always felt like I wasn’t truly one or the other, and that was hard sometimes.
I’m now a lawyer. The reason I studied law was initially with the hopes of working in the area of human rights, but currently I’m working for the government. When I was in Melbourne, I worked at the Asylum Seeker Resource Centre for 3 years and that was great, because a lot of Iranian clients came through there, and it was really nice to build that bridge. And since I’ve come back to Canberra, I’ve been volunteering in an animal rights community legal centre and as a Mentor for young men with a program called Men’s Link, which I really enjoy.
I wanted to tell my story in case there are others out there like me – just to say it can end up being OK. I’m still working it out, but for me what helped was finding mentors of people from a similar background, and to stay connected to my culture, even if that means watching trashy reality shows from Iran!
I’ve now realised that I have a unique identity, and that everything I pursue stems from that. My life experiences have definitely made me more empathetic and sensitive, and I think also more altruistic. There’s so much I’m grateful for, both in terms of my cultural background and in terms of living in a Western country that has given me such full intellectual, spiritual and interpersonal values, which I might not have experienced if I had been born in a more homogenous country. I’m very grateful to my parents for taking the chance and migrating here because I think it has really enriched my life.
Still, sometimes I feel that I am trying to make up for the fact that what I truly want would be very hard to have. In my case, that would be having all my family live completely peacefully and prosperously, in the same way I am.
Farnham
Born in Australia
Parents born in Iran
Arrived 1984
Photographer: Rowena Haines www.instagram.com/hello.ro.photography