The first time we tried to leave Vietnam, the boat sank. At that time, I was onl… 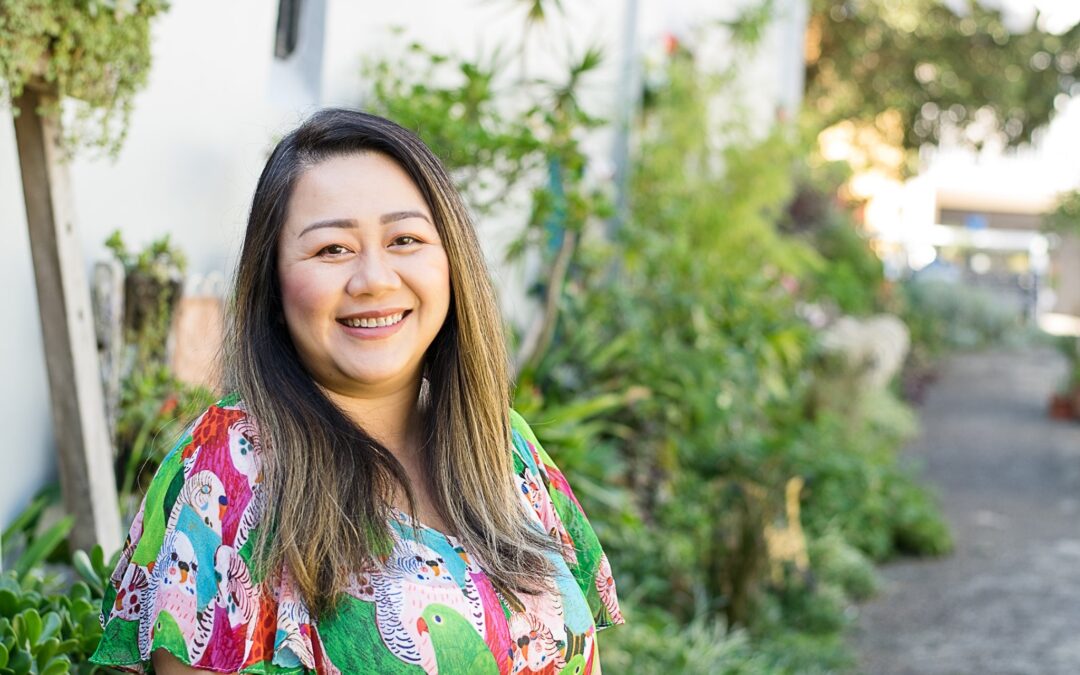 The first time we tried to leave Vietnam, the boat sank. At that time, I was only 4, but I remember being on Dad’s back while he swam to the shore.

Mum and Dad were separated, and one year earlier, she had left by boat for Hong Kong with the intention of supporting my sister and I by finding work there. At that time, there was a mass exodus of people leaving post-war Vietnam.

Then, my Dad decided to follow with me, leaving my sister with my grandmother. The idea was that if we died on the water, my mum would still have a daughter left! Luckily, we all made it back to shore that time.

The second time, my auntie took me. We sailed out into the open sea at night, but the Coast Guard caught us and turned us around. As we were being rounded up on shore, my aunty told me to run, so I ran to a nearby fishing village, where I asked some people to hide me in their cupboard. When the Coast Guard started going around the village, I begged them not to say where I was. Luckily, they kept me there until the next day when my auntie came to get me. She had got away by bribing the officials.

My Dad tried again when I was 6, and this time we were successful. We travelled in a little fishing boat with around 100 people, always close to the Chinese shore, and at every town, the women and children went out to beg for food.

After 31 days, we finally landed on an island in Hong Kong, where we were taken in as refugees. At first, we were quarantined in mandatory detention, but later we went to a camp in high rises in the middle of a city. For me, it was pretty fun. We all lived in bunks, and if you were lucky, you could purchase sheets to cover up your space. But it was also rough. My dad was in a knife fight once, and I remember screaming my head off! But that was a common occurrence in the camp, where people were jam-packed into such a small space with no privacy.

I was 7 by the time my Mum was able to come and visit me. I also met her new partner, who later became my step-dad.

Eventually, I was able to move in with her. Back then, refugees were not allowed to go to mainstream school and, as she and my step-dad worked all day in factories, I was at home by myself. But I would ride around on my bike and talk to people in the community, and eventually learned to speak Cantonese.

When we learned that we had been granted the visa to go to Australia, we were all so excited. Because my parents were not officially divorced, we all went together. It was my first time on a plane to Perth, and I loved it. I thought plane food was the best meal ever!

At first, we lived in Perth, but then my Mum decided to go to Sydney. At that point, I said goodbye to my father and I didn’t see him again until I was 21.

Mum and I first stayed in a big share house in Marrickville until she was able to find her own home in Dulwich Hill. Then I found out she was pregnant with my half-brother from my step-dad. Three years later, my sister was finally approved to join us. I loved seeing her. We had always kept in touch by letter, so by the time she came, we were like best friends.

My step-father also arrived that year. But by then my Mum had become a very independent woman, very different from who she was in Hong Kong. So he walked out on her. I was very close to him, and I remember crying and asking her, “Why did you let him go?” But I later realised it was not her decision; it was his.

My sister and I learned to be pretty independent at a young age. I was Mum’s interpreter over the phone for bills, for Centrelink, for everything. She also had no idea about school and never attended any parent-teacher nights, so we didn’t really have any guidance there. Everything to do with schooling, I did for myself! Even so, I did well in school, and even became school captain for a while. But in year 12, I suffered from a bout of depression and my grades fell.

I didn’t give up though. I had so much resilience because of everything I had been through in my life. And because my family had been on such a long journey, I wanted to make something of myself. So I repeated year 12, and this time I got the scores I needed.

I’m now an accountant. I’ve also volunteered for Amnesty International, and for Mission Australia teaching new migrants English. It felt good to give back to people who were in my shoes.

When I started working, there were a lot of negative media stories about refugees, so I was really nervous to talk about my background. And if my colleagues openly talked about ‘bloody refugees’, I couldn’t just say, “I’m one of them.”

But now I want to share my story. I want people to know we all have different backgrounds. My journey was difficult, but it has made me who I am today – a strong, independent person who always has a goal in mind.

???? Watch Jenny talking about her journey and see a photo of when she was reunited with her sister at: www.patreon.com/newhumansofaustralia ❤

And a big thank you ???? to my patrons for making this story possible.