The first time we tried to leave Iran was not a success. We paid people smuggler… 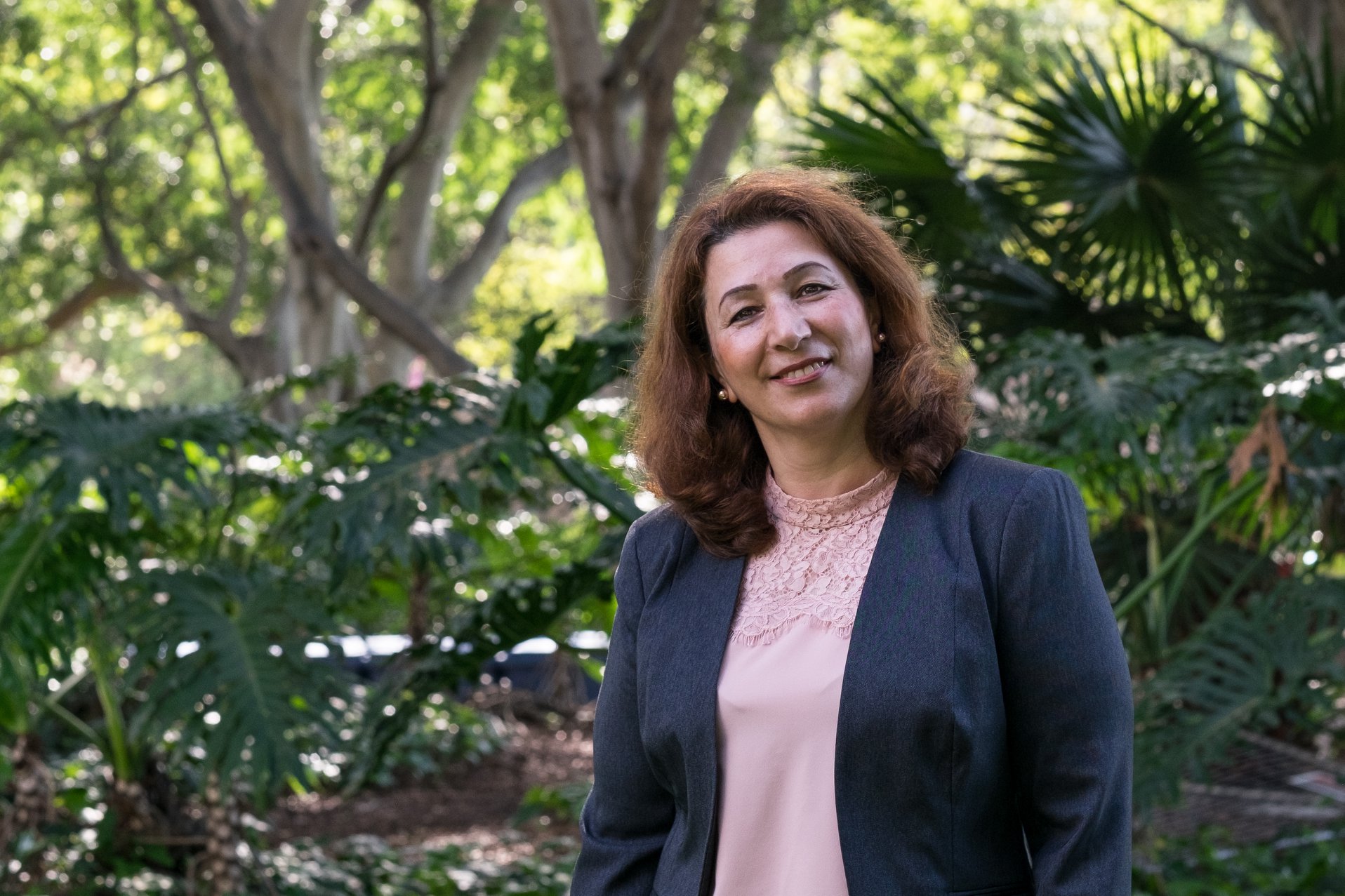 The first time we tried to leave Iran was not a success. We paid people smugglers to take us to Turkey. They divided us into two groups and said they would be moving us three days apart. In the first group was my mum, 3 sisters, my uncle and a friend. In the second group was my father, my husband, my son and me. But after three days, the smugglers didn’t come to pick up the second group. We were so worried.

Life as a Bahá'í in Iran is very difficult. After the Islamic revolution, every Bahá'í working for the government got sacked. Now, we don’t have many basic human rights, such as access to higher education, and if we practice our religion, we can be imprisoned. And because my dad was a wealthy businessman, one day all the belongings we had were confiscated and there was nothing we could do about it. After that, we began planning our escape.

It wasn’t until a week later we found out the first group had all been taken to prison by the Iranian authorities. Everyone had been put into solitary confinement, even the younger girls, who were only 9 and 10 years old. Later, we found out they were coming to the little ones and telling them that their mother was neglecting them. They said, ‘We have been telling her to accept becoming a Muslim, so she can give you the best life, but she refuses, so she doesn’t love you anymore.’ And this caused a lot of psychological damage to them. After a week, my second youngest sister started having mental problems and wouldn’t stop screaming, so they finally allowed her to be with my mother, but the other two girls stayed alone, and my mother was never told what was happening to them.

6 weeks later, we were finally able to see them for 5 minutes each. I saw my uncle first and I noticed he didn’t take his hands out of his pockets. Then, as he was leaving, he whispered in my ear that he had been tortured and that his hands had been burnt. That was a really devastating moment for me. Finally, my dad was able to free them by paying a large sum of money.

After that, we stayed in one of our relative’s houses because we had nothing left. But after 4 months, we decided to try to leave again, this time to Pakistan. We first drove from the capital to a smuggler’s house on the border, and after a few days we drove from the border to Quetta.

It was a very difficult journey for me. It was extremely hot, and the car didn’t have any air conditioning. Then we broke down in the desert without any water and we had to wait for 11 hours for someone to come and get us. At that time, my son was only 2, so I was very worried about him, and I was also feeling very sick. Later, I found out I was pregnant. After we arrived, we rented a house close to the hospital because I was in and out of the hospital until my second son was born.

18 months later, we were accepted as refugees to Australia, but we were separated from my parents, as they were not accepted to join us. Thankfully, they were accepted by New Zealand.

We settled in Sydney in the suburb of Liverpool. At first, I could only speak a few words of English, but I went to the Adult Migrant English Program and I slowly learned. For the first few years, my husband worked and I was basically looking after the kids as we didn’t have any relatives to help us. But I was always very passionate about education, so when my kids were both in school, I decided to go to university.

First, I did a Bachelor of Science at Macquarie University. It was a huge challenge at the beginning because I really couldn’t speak English at that level. At the end of the first semester, I actually failed all my three subjects, and I came home in tears and wanted to quit. But my husband was very supportive. He said, ‘You cannot compare yourself to others. You are a much greater student but your English is not that good and you have a lot of other responsibilities in your life.’

So I enrolled again and next time all my grades improved and I eventually completed my degree. Next, I found work at Macquarie University as an administrator. Then I did my Masters degree at Macquarie Graduate School of Management. After that, I started my PhD in Management Accounting at La Trobe. Right now I am a full time Lecturer at Charles Darwin University in Sydney.

I had a lot of dreams when I was young, but because of our situation in Iran, I never thought those dreams could come true. We were so lucky that we had the opportunity to come to Australia.

My children don’t remember my country. I always tell them about all the hardships and the challenges we faced there, how even doing simple things was not possible, because I want them to appreciate and to give something back to this society that has supported us, been friendly and accepted us with open arms.

Every day, I walk into my workplace and I feel grateful and I love it.