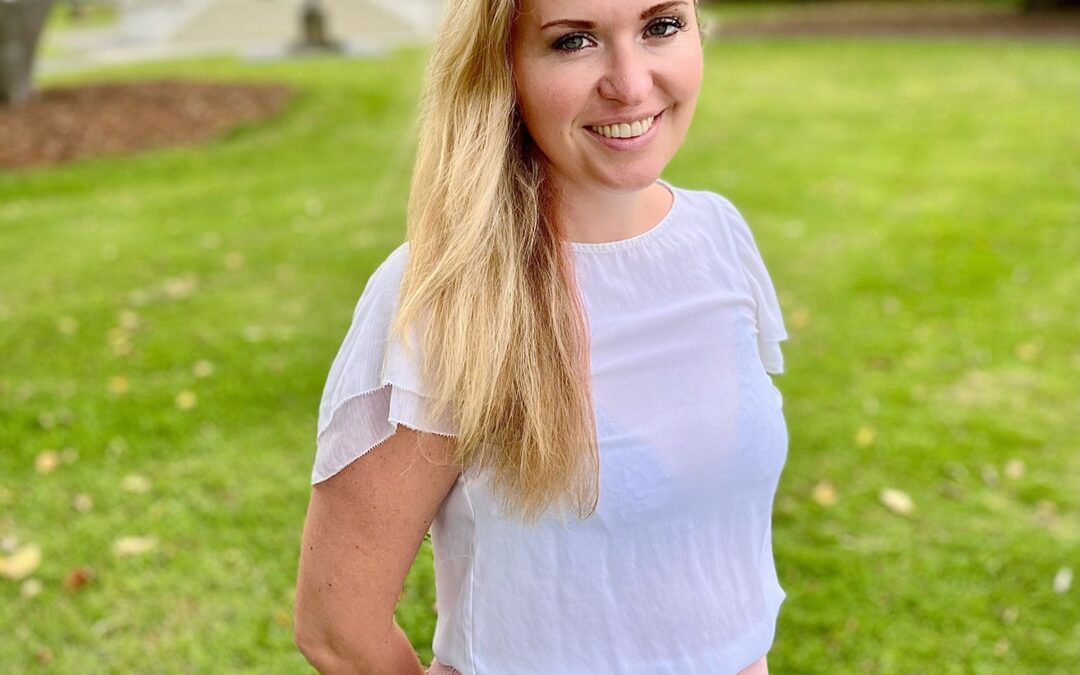 When I was 6, my mom told me that I had no future in Ukraine, so I always knew I had to find a way to get out. Then, while I was studying Economics, I used one single chance I had to do one semester abroad in Germany. And in that semester, I basically enrolled myself in every single German language course I could.I completely cut myself off from anyone who spoke any language that I did, including English. I hardly slept. I hardly ate. I lost half my hair and gained 10 kg. But in that 6 months, I learned enough German to be accepted into an Economics degree there.

It wasn’t easy. My first course was in German law, which even Germans don’t understand! And to support myself, I was washing dishes in a Chinese restaurant and then working as a packer in a warehouse without any windows. I also experienced some serious discrimination, where people called me a prostitute or a gold digger, or said that I was taking their jobs.But I had left Ukraine because it wouldn’t have been possible for me to achieve anything big by myself there. And I knew the only way I could achieve what I wanted to was through hard work.

Two years later, I went to Montreal as an exchange student. I didn’t speak enough French but I knew I could learn it in six months, because I had done it with German. Then I did a Double International Relations & Economics Masters in French there. Next, I came back to Germany and finished my Masters in Economics.

After that I started to aim really high, in management consulting. I applied to so many companies and wasn’t even offered an interview by most of them. But surprisingly, I was invited to interview at all of the top 3, who reject 99.5% of all written applications. I ended up at BCG Switzerland, which has one of the highest entry salaries worldwide. And suddenly I went from having a budget of 400 to 10 000 euros a month.

By that time, I was 26. I felt like, OK, all that hard work was worth it.But that crazy salary doesn’t come from nothing. I agreed to jumping on a plane at 6am on a Monday and coming home on a Friday. To averaging around 4 hours of sleep a night. To working the whole weekend. And then my project manager would take my slides on Monday morning and say, ‘Oh, I’ve changed my mind,’ and just throw my work in the rubbish bin.

A lot of people just quit. The churn ratio was around 8 out of 10 in the first 4 years. It’s also an up or out game. If you’re not promoted, you’re fired. It’s very high pressure.Then my mom got breast cancer, so I took leave from work, and rushed to figure out the best surgery and treatment options for her.

Afterwards, I went to see my doctor, who suggested I take some sick leave for myself because he was worried about my health. And at the end of that 2 weeks, I felt even worse, very tired, and zero appetite or interest in anything. I also started having a panic attacks any time I saw a blinking red light on my Blackberry. I was diagnosed with burnout, and prescribed antidepressants. But I said, No, I’m not going to go on drugs at the age of 27.

I then left BCG and spent 9 months looking after my mother as she went through her chemotherapy. Then after a year, I said, OK, now I need to take care of myself. I travelled through Asia for 6 months, came back refreshed, and took on a job in another consulting firm.

This company had a different corporate culture, and were much more interested in a long term relationship with their employees. They set me up to work in Hong Kong, which I loved. And later, they sent me to Australia.

So far, I have found Australia a bit deceptive. People appear friendly, but in some ways, they can be quite passive aggressive, especially at work. I’m used to respectful, direct communication but I haven’t always experienced that here. For example, one of my colleagues started doing a Borat accent on me. That was so frustrating because I’d already been through all that humiliation in Germany, and then I come to Australia at the top of my career, and they want to give it to me again.

Of course there is no perfect country, and there are also great things here. Medicare is one of the best systems in the world. And my son, with a mixed cultural & racial background, is in the majority in his daycare. I think that’s quite unique. Hopefully one day he can be whatever he wants to be. Without any stupid comments.

Ten months ago, I started my own company on the side. Since then, I have not had a single evening off, but it’s going well. I do have a product and it does have customers, which is a big milestone in itself. But as with everything else, I’m super ambitious about it.

I really want to take it big.

???? Guess what? ???? We are now offering personalised private story-crafting services to all Australians, to help you create a family heirloom that can be treasured forever. ❤ Find out more at: www.newhumansofaustralia.org/storycrafting
#migration #Ukraine #Germany #Switzerland #Australia #newhumansofaustralia #storiesnotstereotypes