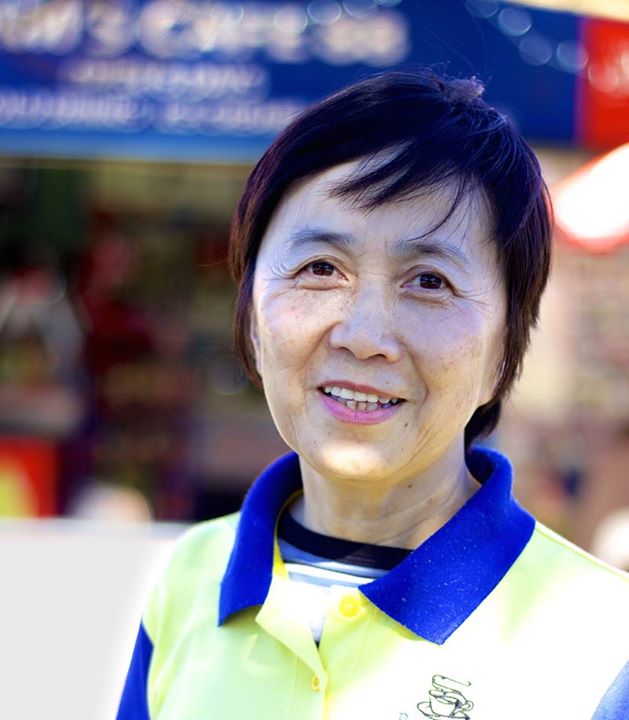 (Part 1 of 4) Pam and Harry – PAM
My story is very dramatic. I came from a well educated, very wealthy family in Vietnam, but because my grandparents were working for the government, they were kidnapped by the Communists, together with my father and three other men in our family, who were all doctors. All the men were killed, for helping people the Communists didn’t approve of. And my grandparents were beaten. They eventually passed away from their injuries.

I was only 8 years old when my father was killed. He was a kind man. If people had money, he treated them, and if they didn’t, he still treated them. If you went to that town and mentioned my father’s name, everyone knew him. He helped a lot of people.

My parents had 9 children, and we were all very little when my father died. The Communists took all our land and our house and we were moved to a small area near the bush. Some days we had food, some days we didn’t. We weren’t allowed to go to school, because we were ‘bad people’, that’s what they called us. Luckily, my father had bought a lot of gold and hidden it, so when he died Mum used that money to feed us.

She’s a wonderful woman – a very little woman, but very strong. During the war, she had to take us from place to place to keep us safe, and then she would run home to get food for us. It was very dangerous for her. One day, a bomb exploded and the house collapsed. Then, as she was running away along the river, helicopters started shooting at her. She had to jump into the water, and put her face up underneath the reeds to breathe and flow with the water, so they couldn’t shoot her. She lived like that, to protect us.

Then, she decided to buy a boat so we could escape. There were mainly women and children in the bottom of the boat, 43 altogether, and on the top were men, dressed like soldiers in uniforms, with guns. None of us knew how to navigate the sea, and when we got out there, it was very bad weather. 4 days after we left, we got hit really hard, and had to throw everything into the ocean, our guns, our plants, everything, because the boat was too heavy. After that, we had no food, and no drink. You couldn’t believe how sick everyone got. One day, we saw some big boats and tried to ask them for help but they all just ran away. So we kept going, kept going, just floating on the boat. Then, one of our engines died and water started coming into the boat and we had to throw it out. For weeks, we had no direction, we were just floating. When it rained, everybody licked the water from the top of the boat to survive. Luckily, before we left, my mother had made banana cakes which were just like rock, so everybody just sucked on those. But just that and the water from the rain for weeks. You couldn’t believe how it was. We were all nearly dying.

Then one day we saw a Panama boat and they rescued us – we got into their boat, and they gave us some food and drink and fixed the boat for us. But they sent us back on the ocean again, and said, ‘Sorry we can’t help you.’ So we kept going.

2 weeks later, I saw land, but nobody else could see it. I told my brother in law, ‘If I tell you turn right, turn right and if I tell you turn left, turn left.’ 2 days later, we got there. But a few kilometres away from the land, our boat cracked on the coral, so we couldn’t go any further, and they started shooting at us! Luckily, we had one person who could speak English so we used the signal light to call for help using SOS, and then they talked to him in Morse code. When the doctor came out the next morning and got into the boat, he vomited. He said, ‘How can people live like this?’ After that, they took us to the island, where we stayed for 2 days. That was the Spratly Islands, controlled by the Taiwanese. They fed us, dressed us, and did everything to make us fresh again. Then, they gave us some food, some maps, a compass, and directions to get to the Phillipines.

After nearly another week at sea, we met another boat. We were so scared because they were pirates, dressed up very scarily with swords and everything. They took all the men to their boat, and took all our gold, everything we had, and we all thought we were going to die, because we had heard a lot of people died like that. But we were lucky! After they took all the money, they put all the men back and towed us to a small island where there was a Filipino navy boat. So they robbed us, then helped us! I think they felt sorry for us, because there were so many women and little kids.

By that time, we had been on the water for 2 months, and we stayed on our boat near that island for 2 more weeks. They gave us food every day, and they used to hose us down with the fire hose – that’s how we had a shower, and how they gave us water. Then they took us to the refugee camp. At that time, the camp had just started in the Phillipines. It had been a horse paddock before, so it was very smelly and dirty. We had to go to the bush and chop trees to build our house. The life there you couldn’t believe. We only got 4 litres of water a day, so we had to use the ocean to do everything, to go to the toilet, to wash, everything. We lived like that for 2 years. When we arrived, there were about 400 people there, and when we left, there were nearly 2000 people.

Then the United Nations started coming over, and teaching us to speak English, and we were happy because we knew we were going to live in another country. The rules were you had to go to the country that first took you, unless you had family to sponsor you. But we were very lucky.
Australia only came to that camp once a year, and they took our family first – we were on the first list.

Thanks so much to my new patrons for signing up. You too can become a fabulous supporter of the New Humans of Australia project! Find out all about it here: https://www.patreon.com/nicolagray 🙂