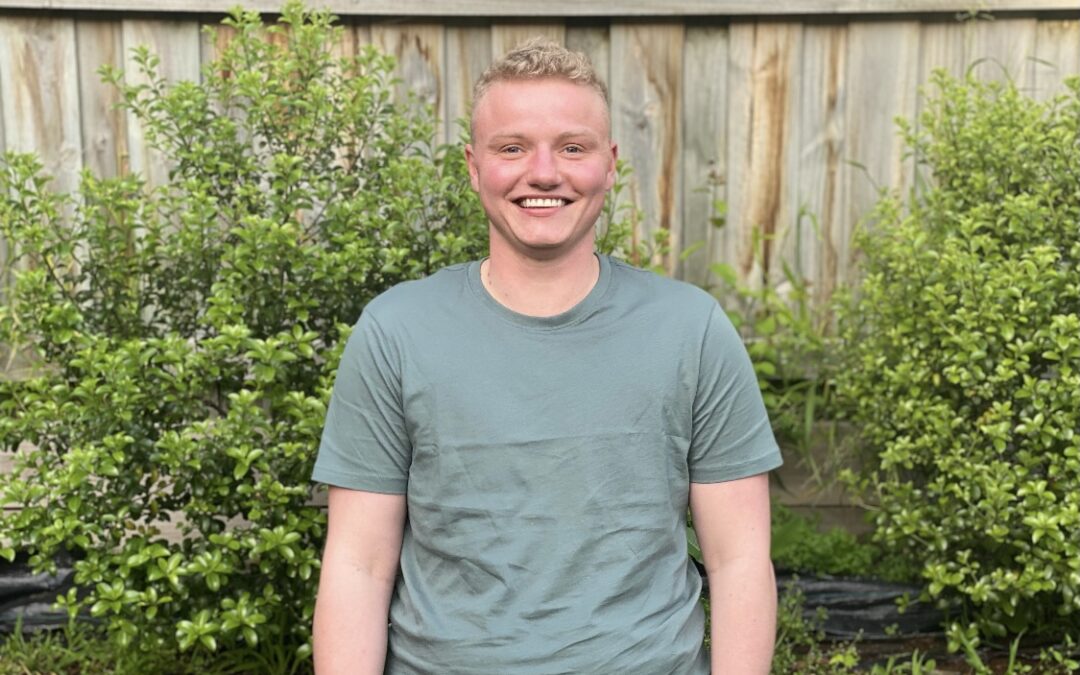 I was born just when the post-apartheid era started in South Africa. As a young kid, I remember everything being really exciting and colourful, with a lot of acceptance for difference. But when I was 7 we moved from that to the very conservative eastern suburbs of Adelaide.

I went to an elite all-girls private school, which was a real shock to my system. I had to really conform to this idea that success was based on things like your career and the newest vehicle you were driving. As a result, I went through moments of being very withdrawn and experiencing social anxiety because I had to put on such a performance in order to be accepted. Mostly, I felt I was just a shadow of myself, watching life go by.

In the end, I did OK in my studies, and just scraped into law. But after high school, I realised I didn’t even know who I was or what I wanted to do with my life. So I went travelling overseas.

One night in Berlin, I met artists and DJs in a bar and ended up sleeping on their floor. After that, they kind of adopted me as their token Australian. It was the most liberating period of my life – I realised I was a lesbian, and that just being yourself and open and free wasn’t a bad thing.

When I went back to Australia, I ended up studying economics and went into banking. I have no idea why!

Then I ended up meeting the woman who was to become my wife, and because she has Tasmanian indigenous heritage, we moved to a remote seaside town near Hobart, where I started working as a project manager in a very creative, strategic environment. I was really loving life and thought I had found my career.

But after a while, I started feeling depressed and experiencing social anxiety again. At that time, I was becoming more comfortable in my masculine body, but I felt I couldn’t fully live that life. I had feelings I was in the wrong body, I knew I was a man.

I pushed that idea back inside of me because I felt shame. The thought of losing my wife because of this scared me so much. She was my safety. I couldn’t trust who I was.

I also didn’t feel like I was doing anything meaningful at work, and so I switched careers to become a prison correctional officer. We dealt with people in important moments, people in some of the worst moments of their life. But I enjoyed my work – I worked with a really diverse group of people and realised how important diversity is in an environment like that.

At that same time, my wife and I got married. She really wanted to have a child, and I just went along with it, thinking everything would be fine, and that this would be the thing that would make me happy.

Then I started going through IVF to have my eggs harvested and donated to my wife to carry the baby. And the first time we tried, we were successful.

When my daughter was eight months old, I left. It was a very difficult decision, because being South African, family is so important to me. And my ex-wife was and is such a good person.

My next girlfriend, had so much insight in to life. She basically said to me, ‘You’re a trans man.’ And I was like, ‘Wow, I am.’

It took me three months after that to start my transition, get onto testosterone, get a masculine haircut and put on a binder. As soon as I did, all these moments of dissociation I had experienced in my life flooded back, and I started to remember everything that had really happened in those times. And I realised I had been so depressed for so long because I had been trapped behind this big cement wall in my body.

Now I felt like I didn’t have to second guess myself and how I was presenting in society. But it was still a hard time. I was processing a lot. And although the testosterone was making everything much more exciting and fascinating, I was also experiencing higher levels of anger and anxiety. I was an absolute menace to be around, and as a result my girlfriend and I broke up.

I stopped working in Corrections, because I didn’t feel safe coming out as a trans man – not only because it was such a small work community, but also because prisoners would recognise something different about me as I transitioned. Luckily, the union and the prison helped me to transition to work as a performance and compliance officer in the prison, which was really interesting. I also became a union delegate at that time, and got really involved in Diversity and Inclusion work, speaking closely to many people in the community and workplace regarding how we could improve prison life.

Then a job came up to manage Diversity and Inclusion for the Department of Justice. I never thought I’d stand a chance of getting this role as it was around four levels higher up than mine, but I wanted to apply because I felt like this was my opportunity to lift people’s voices.

After a long time of hearing nothing, I was sure I hadn’t got the job. But then one day I got a call telling me I had been successful. I was so surprised! But I was also confident in myself – I knew I had the experience I needed.

We are now working on a number of projects – implementing a transitioning employee policy; increasing the number of people employed with a disability; and retraining frontline staff in trauma-informed practice and cultural awareness. It’s really exciting stuff, and I feel humbled to work there.

Almost two years ago, my mum had the last of three brain surgeries, and at the same time my dad died of cancer. After that, I managed to convince Mum to move to Tasmania. When I came out as trans to her, I was very inward thinking – it was all about what hurt me, not what was hurting others. She had to deal with a lot of anger from me when she would do things like get my pronouns wrong, or call me by the wrong name. But she’s been so supportive, really the best person to have around.

Now we’ve bought a house together. I get space in my granny flat. And I keep an eye out for her because she was permanently disabled by her surgeries.

My ex-wife moved to Launceston to be with her parents, where my daughter still lives. They’re a great family, and I feel grateful about that. I see my daughter twice a month. She’s so assertive and really knows who she is.

I’m lucky I can be safe. I pass as a man. I don’t get identified as a trans man by those who don’t know. I don’t deal with transphobia in a way that directly harms my immediate safety. But being accepted as a man is such a stark reminder of the differences you experience as a female versus a male. For example, I now get more eye contact and respect from other men, and I can say much less to achieve more.

I’m still in the middle of all of it. They say it takes five years to adjust, and I’m only in year two. Challenges happen, but you end up discovering new things along the way.

And finally, I feel as though I know myself.