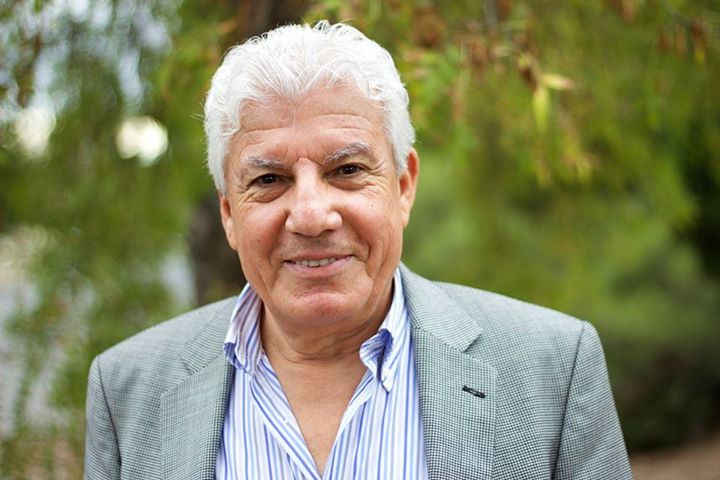 (Part 1 of 2) I was born in Palestine, in a village south of Haifa, and when I was still a baby, my father was kidnapped. At that time, he was considered a leader in the village. He had cattle, olive and almond orchards, an olive press, a wheat mill, and about 140 people working for him. One day, a Jewish friend warned him. He said, ‘You are a rich man, sell your land, go to Cairo, go anywhere, because there is no future for you in Palestine.’ And my dad looked at him and laughed and grabbed a handful of dirt and said, ‘Smell it, this is my blood and sweat. I want to die here. I’m not moving.’ Five months later, he was taken by an armed Jewish group, without any justification.

Soon after, the war of 1948 began, and we started receiving shelling from the sea, so my mother took all the children to the caves for safety. A few weeks later, she went back to find that our home had been bulldozed. They destroyed around 400 villages at that time, to prevent people from coming back. My mother didn’t know what to do. To avoid the shelling, we walked at night and hid during the day time. Finally, we were taken across the border to a Syrian refugee camp.

Two years later, my father was released in a Red Cross prisoner exchange. We had thought he was dead! As soon as he arrived, he found us an apartment. Next, he tried to find a way to make money – but one big barrier was that he was illiterate. He was a very clever man though, very business oriented, so he bought a big basket and started buying eggs and taking them to the city to sell. Slowly, slowly, his business grew – soon he had 4 baskets, and then one year later, he opened a little shop. Because he knew the Koranic verses, he started going to people with the Koran and asking them what the words were. And through that way, he learned to write, and started keeping books, and his own ledger.

We grew up working with my dad. We woke at 4 am, by 6 we were in the shop. By 8, we were in school. My father encouraged us to have a good education. He said, ‘Look, I had everything in Palestine – land, cattle – but I couldn’t take it with me. If I had education, it would be with me for the rest of my life.’

Then, when I was 7, the house we were living in had to be demolished to make way for a new road. And because there were so many refugees by then, we couldn’t find another house, and had to go to live in the refugee camp. Life was really harsh there. We lived in a tent. When it was cold, we had to light a fire inside, and there was no ventilation, so we were always coughing. But still we went to school, and my dad still had the shop.

A few years later, we started building mud brick walls inside the tent, and our refugee camp eventually became a shanty town. We had to build those houses more than once. All my life I was making those mud bricks. Sometimes we would wake up and it would be raining and leaking. As a kid, I felt all that stress and instability in my life and I had just one objective – to finish my education and find a place that was safe.

But to go to university, you needed to go to the big cities, and you needed money. There were scholarships provided by the UN for refugees, but there were only 40 a year for the whole area – Syria, Palestine and Jordan, and around 4000 people competing for them. Well, my brother and I decided to apply and we were both approved. I went to Alexandria to do Engineering, which I loved.

In 1975, I opened a consultancy business in Damascus which became very successful. I got married, and soon after, we had a son. Life was more stable. Then, the war of 1975 started in Lebanon, which reminded me that the Middle East was very shaky, so I decided to do a PhD in France, to get away.

I was happy there. I joined a research group who offered me a job in renewable energy, and I was working and preparing my PhD thesis at the university. But in the end, I couldn’t get residency. So, in my final year, I applied to come to Australia as a skilled migrant. And in a couple of months, we were approved.

Thank you so much to everyone who has signed up as a patron – I am now at 70% of my goal! Can we get there today? If you would like to join the wonderful supporters of the New Humans of Australia project, please visit: www.patreon.com/nicolagray?ty=h