(Part 1 of 2) As a child, I lived in an almost exclusively Afrikaans speaking co… 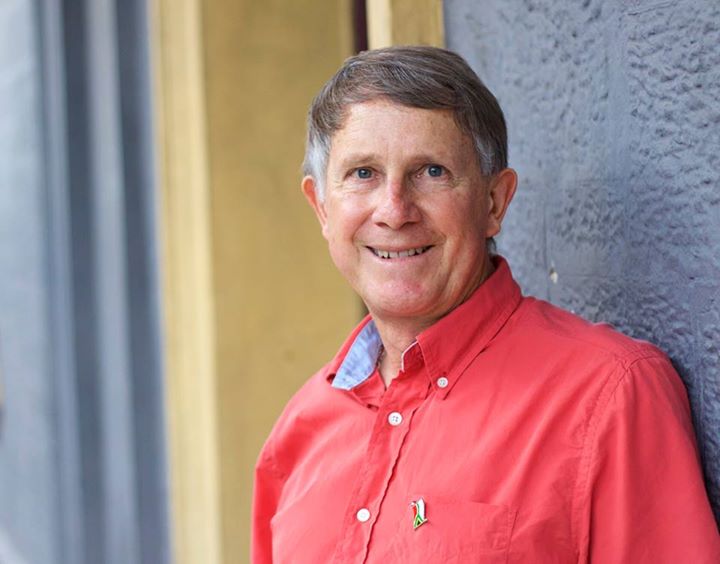 (Part 1 of 2) As a child, I lived in an almost exclusively Afrikaans speaking community, and English speaking people were bullied terribly at school – we even had rocks thrown at us. One day, the teacher just laid into me with a ruler, saying I was ‘a damned Englishman!’ When my father found out, he was so angry that he decided to send me to an English speaking boarding school, which I hated – I was bullied there too, and I was very homesick. I used to climb a tree and just pine away. But it was there that I first started having the idea that life should be better than this, that there should be freedom.

In my first year of university, I went to my first University Christian Movement (UCM) student conference, which turned out to be a very significant event, as black delegates outnumbered white delegates for the first time. On the first night, a young black delegate by the name of Steve Biko, stood up and questioned why, if the majority of delegates were black, there were only white men on the executive, and there was a great deal of debate. Then, at the end of the conference, an Indian student we knew suddenly went up and photographed all the names of the delegates, and we discovered that he’d been a special undercover security policeman.

Black students really struggled, I mean if they got to university, it was a really big thing for them. But soon after that conference, the authorities went to the black delegates’ university, packed all their things and said they had to leave university because they were members of the UCM. When we heard about it, we travelled to their university to show them some solidarity. On the way, there was a roadblock, and the police said, ‘We can’t guarantee your safety, so if you want to turn around and go back, do so now’. Well, I was young then, so I said, ‘No, we’re going.’ When we got there, police and soldiers with guns were everywhere, and there were even armoured vehicles. I had never been so scared in my life. But we sat on the oval and sang songs, and at the end, we went and shook hands with the black students to show solidarity. In amongst them was Desmond Tutu. He was the chaplain, and he was supporting the students. After that event, Steve Biko decided that they needed a black organisation, and that was the beginning of the black consciousness movement in South Africa.

We had a couple of workshops over the subsequent years and I got to know Steve quite well. He was a very charismatic person – very quick, with a great knowledge, and he could give you a good philosophical answer just like that. One day, Steve came with me to my house to get some milk, as we’d run out. My father came down and said, ‘I hope you’re not getting up to mischief there,’ and Steve said, ‘No, Peter would never get up to mischief. But I am!’

Another time an academic I knew wanted to meet Steve so I took him to his university, and we came across a dormitory full of guys. They said, ‘What do you want?’ When we said we were looking for Steve, one of the guys took out a knife and put it to my throat and said, ‘Look, you white liberals. Don’t think you’ll get away with it just because you’re liberals. When the revolution comes, we’ll slit your throat just like everyone else!’ It was just at that moment that Steve walked in. He said, ‘Peter!’, gave me a big hug, and said to the other guys, ‘You’re not giving my friend a hard time are you?’

That was the last time I saw Steve. A few years later, he was house arrested, and then he died in police custody.

Were you born overseas and live in Brisbane? Would you like to tell your story? If so, please email newhumansofoz@gmail.com

Please help support the running costs of the New Humans of Australia project by becoming a patron www.patreon.com/nicolagray?ty=h