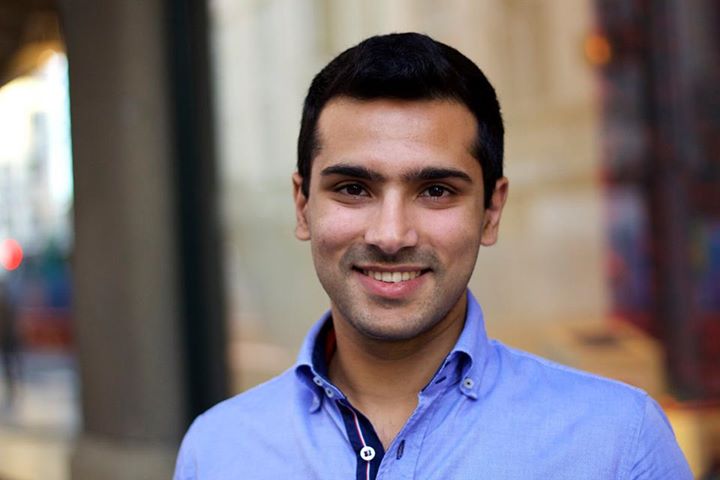 Our whole family was thrown out of Iraq by Saddam Hussein because of my father’s political activism, so I grew up in Iran. But we never felt like we belonged there, and we weren’t given Iranian citizenship, which meant we didn’t have many rights. So,10 years later, my parents decided to go to Syria to apply to the UN for refugee status, so that we children could have an identity and a good education. Three years later, we were accepted to resettle in Australia.

We had thought we were going to be the only Iraqi family in Adelaide, but to our surprise we were met at the airport by an Iraqi man. Having someone who spoke our language, had the same religion, and understood our culture was a huge weight off our shoulders. And luckily, that night, there was a big religious event happening, so he took us to the mosque, and we met the whole Iraqi community on our first day!

Then we went to our temporary accommodation. One particular thing that really caught my eye was a shoebox of goodies left by a church organisation, and on the lid there was a beautiful picture by a little girl, with a picture of a house and a sun and a family, saying, ‘Welcome ’. And that literally, as a 13 year old, brought tears to my eyes.

As a result of our amazing welcome, we kids were really eager to hit the ground running. We wanted to be a part of this Australian culture and to give back to the community that had welcomed us. I went to English school for three terms and then started year 10 at Underdale high school, where I became very involved in extra curricular activities. I used to put my hand up for everything. I was the SRC president, and I got involved with the National Youth Science program. I also volunteered with Multicultural Youth SA (MYSA), and did a lot of leadership programs. The other students thought I was the biggest geek, and I probably was, but I understood the value of those programs because where I came from, you wouldn’t have those opportunities.

I went on to get a degree in Software Engineering, and I then worked in that industry for about 3 and a half years. But while I was doing that, a guy called Brad Chilcott was starting up this small thing called Welcome to Australia.

In 2011, the Inverbrackie detention centre was opening up in the Adelaide Hills, and the residents there weren’t happy about it because they thought it would bring down their property value. As a result, people were protesting, and there was a photo of an 8 year old girl holding a sign saying, ‘Sink the boats’. And that made Brad think, ‘What makes it OK for a parent in our society to give that sign to a kid?’. He wanted to change that narrative, so he started organising welcoming parties, in schools and in offices, and I started to help by sharing my story. Then, over time, I got increasingly more involved. After four years, we realised that we really needed a full time staff member, and we quickly raised enough through fundraising.

Then, Brad asked me to be the CEO. At first, I refused. I said, ‘No, you want to go out there and find someone who knows what they’re doing.’ But he insisted, so finally I said, ‘Alright fine, I’ll quit my job then!’

That was 6 months ago. Since then, I’ve been slowly trying to transition us from being a movement to an organisation. Things have been going very well, and a lot of amazing opportunities have come my way. We now have 4 staff members, a welcome centre, a furniture donation program, community dinners, and heaps of volunteers.

I believe it’s the first perceptions that really matter. No matter how many people say, ‘Go back to where you came from’, that really doesn’t define who Australians are to me because of that initial welcoming experience that we had.

Currently, we’re working on a campaign called Small Acts of Kindness, where kids draw pictures for newly arrived families. We’re going to make a book of those pictures, and distribute it to every family that arrives.

It was a shoebox back in the day, but now it’s a whole book!

Thank you so much to everyone who has signed up as a patron – I am now at 70% of my goal! 🙂 If you would like to join the wonderful supporters of the New Humans of Australia project, please visit: https://www.patreon.com/nicolagray?ty=h