One day, when I was 12 years old, I had just finished making lunch when suddenly… 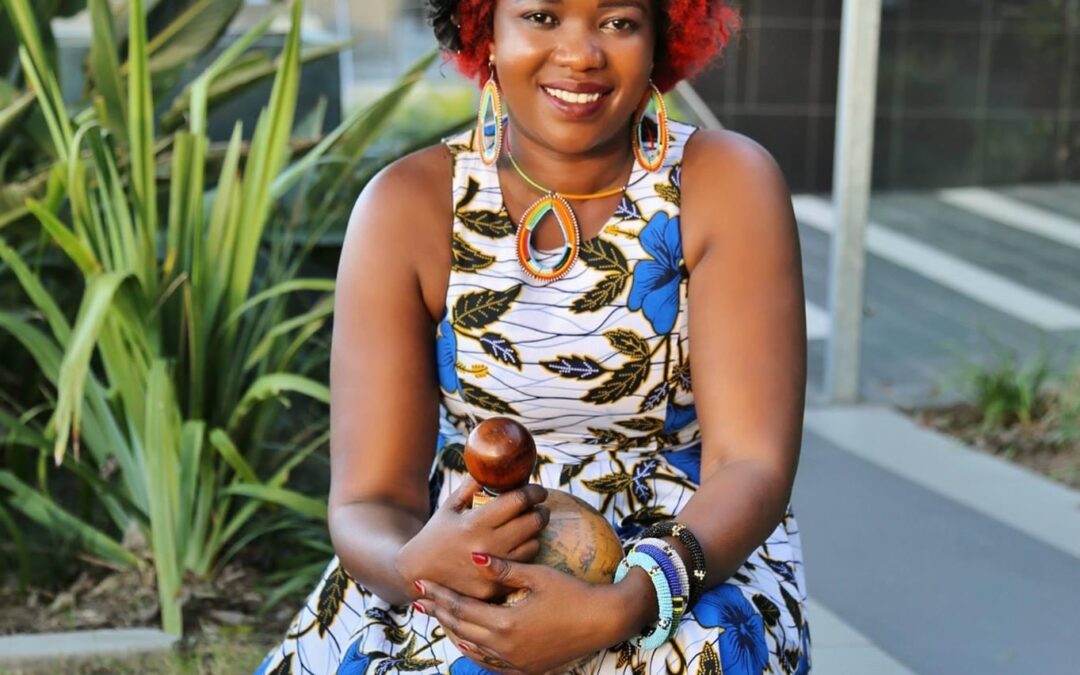 One day, when I was 12 years old, I had just finished making lunch when suddenly we heard bombs falling in our suburb. Outside, we saw houses being destroyed around us and people being killed so everyone just started running. I lost my family in the chaos, but I ran with my neighbours, all the way to the airport. Just as we arrived, there was a plane going to Khartoum. They told us to get on it so we did!

Luckily, everyone in my family survived, and after two weeks, my mother and sister joined me in Khartoum. Later, my father came too. They opened a school for all the displaced South Sudanese, but because it was in Arabic instead of English, it was difficult for us. And we were also forced to wear Islamic clothes even though we were Christian.

I went to high school and university, sponsored by a Catholic charity. Unfortunately, while I was at university, I fell pregnant. And even though the father of the baby was controlling and abusive, I had to marry him because of all the pressure from our relatives and our traditions of marrying the person who impregnates you. I felt a lot of shame and guilt at that time, and told myself I just had to suck it up and live with it.

Just after I finished my university, and when I was pregnant with my second son, my husband’s life was threatened, so we had to flee to Cairo, where I was lucky to find work as an interpreter at the UN, as well as teaching ESL to other refugees. But I also did some cleaning work, like most of the refugees there.

Life was risky for us in Egypt. A lot of people working as cleaners were pushed off balconies so the owner wouldn’t have to pay them, and it was written off as suicide. Or if you had an accident and were taken to hospital, you could end up dead for organ trafficking. I got whipped and humiliated on the street, and frequently received racist verbal abuse. It was hectic, morning to night, and I was always exhausted.

Fortunately, after 4 years, our relatives in Brisbane were able to sponsor us to come to Australia. When I found out we had been accepted, I couldn’t wait. I could not believe the struggle was finally over.

When we arrived in Brisbane, it was early morning. I remember everything seemed so beautiful and clean, and the sun was so hot, it just felt like Africa. Because I had two boys almost the same age, they looked like twins, and many people came up to talk to them. I think Australians love babies so much – they don’t care what background they are from!

We stayed with our relatives at first. I did a Certificate IV in Job Seeking, and then luckily my university study was recognised. Eventually I was asked to be part of a project about Sudanese community education, which was very successful. Later, I found work with the government in admin roles and with NGOs, supporting refugees and migrants. I also started volunteering in my South Sudanese community because I realised that not everyone was as fortunate as me.

However, all this time, I was still experiencing domestic violence. Speaking up about DV is taboo in my culture, and women are expected to suffer in silence. As a result, I lived with it for 15 years even though I was very unhappy in my marriage. At one point, I tried to talk to the police, but they said they couldn’t do anything because there was no proof, and because I was black, they couldn’t see any bruises.

I had to plan to leave very strategically, over the course of a year. My ex-husband did not make it easy. He would do things like threaten to kill himself so I would feel guilty. Or he would leave, but then come back again. And he would involve the kids in everything. In 2009, domestic violence was not very recognised, so I had to find a new place to live by myself. Luckily, I was working in refugee housing so I was eventually able to find somewhere for myself.

For over a year, I experienced a strong community backlash for leaving my husband, and I felt very isolated. But eventually I think my actions helped other African women realise that they were also experiencing domestic violence.

Next, I started my own business including an African clothing shop and food catering business. I wanted to bring our culture to Australia! I also started the African Australian Women’s Association, which was one of the best things to happen to me in this country.

Now I am a very proud Queenslander and call Brisbane my home. My current consultancy is called Diverse Connection and aims to help the leaders of organisations to thrive in environments of diversity and inclusion.

However, my main passion is still to support women in my community. I believe helping others is the best way to be happy!