One day the secret police came to our apartment, ransacked our house and turned … 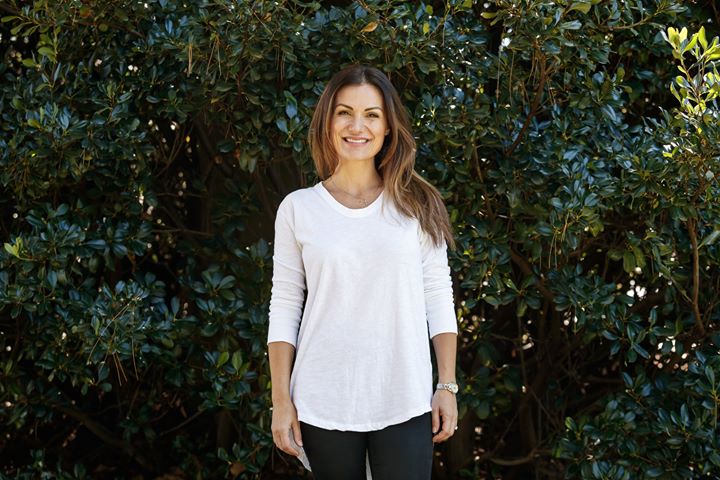 One day the secret police came to our apartment, ransacked our house and turned everything upside down. They said, ‘We’ve been following your wife and we know she’s been attending an underground church. If we ever see her attending again, your daughter will disappear.’ Then they grabbed me. I was only three years old.

At that time, Romania was a communist country and going to church wasn’t allowed. Although my father was a lawyer, he came from 2 generations of pastors, and we were a very Christian family. My parents became scared after that, and they spent the next two years planning their escape, because it was very difficult to leave the country. My father studied the laws of all the countries, and he found out that if they pretended they were going to Austria on a holiday without me, the Austrian government would be able to force Romania to release me later.

So they left me with my aunt and with only a small amount of money, went to Austria. They thought it would be a quick process to get me back after they claimed asylum in Austria, but in fact it took almost two years before the process was finalised.

In that time, my Aunty had become like my Mum to me. I remember her crying when I was getting on the plane, and the scariest part was when she said, ‘I can’t come with you. You’re going on your own.’ When I arrived at the airport and saw my parents, I just ran into their arms.

We spent two years as refugees in Austria. That wasn’t an easy time. Even though I remembered my parents, I know it took some time for me to think of them as my parents again. And we lived in this little dorm, with one TV in the hallway that everybody shared. My parents did basic jobs, but not for an income, just to keep the clothes on our back.

In 1989, we found out we had been accepted as refugees to Australia. We were so excited. I remember being told that we would be riding on kangaroos! But when we arrived of course it wasn’t all easy because we didn’t speak English.

Mum really struggled with that. She did all the English courses, but couldn’t pick it up. That’s probably the greatest sadness of her life. She says it’s hard to describe, the feeling of so wanting to communicate with others and not being able to. And she could never be a nurse again, which was very difficult for her, as she loved her career, and in Romania, she had run her own children’s clinic.

Dad picked up the language OK. He went to study law at Monash, but even though he got some help, we struggled financially. So he gave up his dream of being a lawyer again, and he and my mum had to take jobs like cutting asparagus in the field. But later he became a pastor, a marriage celebrant, and a justice of the peace. He’s also the secretary of the Romanian Christian community in Perth, and has helped heaps of immigrants who have come to Australia, so he’s actually kind of like an unpaid lawyer!

I had a few struggles. I always felt I wasn’t really Australian but I wasn’t really Romanian either. Then, on my 14th birthday, we moved to Perth for Dad’s work. I was not a happy child. I was very upset to be moving again, away from my friends. After that, I became rebellious, and got into the wrong crowd, making some bad choices.

But I ended up meeting a lovely Australian boy at my 18th birthday party, who later became my husband. He was 7 years older than me, which worried my parents at first, but they loved him when they met him.

I worked as a salesperson and then as a dental nurse, but finally I found my passion when I became a flight attendant 13 years ago. I absolutely love it. I love what it represents. I love meeting different people on the plane, and I love assisting new staff. This weekend, I’m receiving an award in Adelaide for doing exceptional work. It’s a huge honour, and I’m completely stoked!

In 1992, my family went back to visit Romania, and saw the bullet holes in the walls of our old apartment building from the time of the revolution. A lot of people they knew lost their lives in that time. For me, seeing those bullet holes was a confirmation that my parents had done the right thing. I’ve been an active member of a church serving weekly for 14 years, and I’m so grateful that I can be who I want to be in this country and follow my faith boldly.

It’s been a massive journey for my parents, and it’s only now that I’m 36 years old that I realise what they did by risking their lives for my basic freedoms.

Thank you to those who support our work ❤️❤️❤️