Of about 70 people in our family, nearly everyone was killed by the Khmer Rouge…. 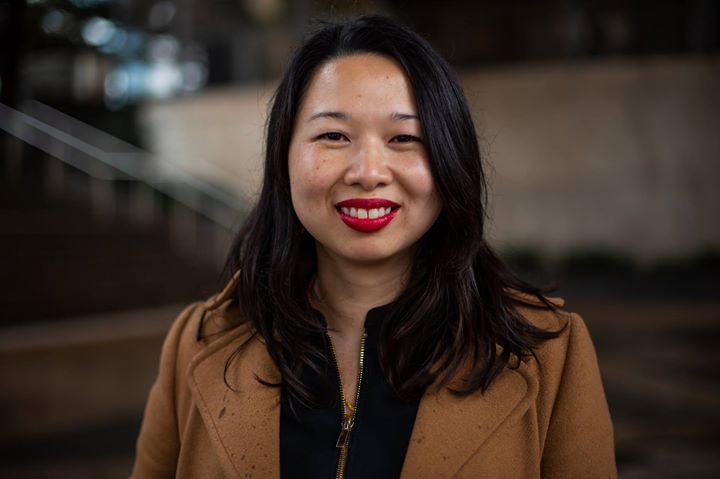 Of about 70 people in our family, nearly everyone was killed by the Khmer Rouge. They targeted anyone who could be a threat, who didn’t conform to their ideals, who wasn’t full blooded Cambodian, or who had any education beyond high school, as they believed everyone should be farmers living off the land.

Dad survived because he managed to conceal his identify by pretending to be a taxi driver. He had a few close calls – one time they took him and four others down to the river, put a gun to the back of their heads and shot them one by one. Dad was the last in the line, but when it came to his turn, the gun misfired. Eventually they let him go, but told him they would get him next time.

His family was so well known that he had to keep moving because if he stayed long enough, people worked out who he was, and there was a culture at that time that if you turned someone in to the Khmer Rouge, you could be trusted and rewarded. Even the closest of friends and family were reporting each other.

After the Khmer Rouge were overthrown, Dad came out of hiding. There was little in the way of medical care and it hurt him to not help people so he opened a medical clinic, which quickly grew as it was the only practice around. But when the Vietnamese realised who he was, they deemed him a threat and one afternoon when he was away, soldiers came and executed all his staff members. After that, Dad realised there was no hope anymore, and that we were going to have to escape.

There was no way to get passports so my family contacted people smugglers to take us to Thailand. Out of our group, my mum, aunty and grandmother were the only women who made it, because along the way we encountered soldiers who took all the other young women away as a price to allow the rest of us to carry on. Dad still carries so much guilt about that.

Finally, we made it to a refugee camp. While we were there, a group of Vietnamese soldiers came into the camp looking for someone. They tied up all the little kids and demanded the person be handed over, or they would pour boiling water over us. I have quite a few scars on my neck, body and shoulder from this.

After that, my parents decided to travel to another safer camp, where Dad started working with Doctors Without Borders. The foreign aid workers there took pity on us when they saw how burnt I was, and decided they would do whatever it took to help us get out.

First, we went to New Zealand. We didn’t arrive with a great deal of money, although my Mum had managed to save some diamonds which Dad had sewn inside her arm. His medical qualifications were not recognised, so he worked first in a factory, and then as an orderly in a hospital, before going back to university and getting a degree in general practice. Mum worked two jobs as a seamstress and a translator to support us.

When I was around 11, we moved to Cabramatta in Sydney. Dad started a medical practice, and for a long time he was the only doctor who spoke Cambodian in Australia. Even though he worked very long hours, we still had very little money. We lived in a tiny house, where the medical practice was in the master bedroom, the lounge room was the waiting room and we all shared the second bedroom!

Eventually, I was lucky enough to get a scholarship into a private girls’ school in Strathfield. But I had a lot of problems adjusting, because while we were living in such poverty, I was attending school in a wealthy area where everyone was tall, blonde, wealthy, beautiful, and wearing designer clothing. Cabramatta had a really bad reputation at the time, including problems with gangsters and heroin, so people made a lot of assumptions about us. It was also at the time when One Nation was rising, so people I considered friends would say things like, ‘I don’t like Asians’ and then say, ‘Oh but you’re different’. It was a confusing time for me.

But I graduated and entered Sydney University to study Pharmacy, and in my second year I started working in a pharmacy, which I really enjoyed, as I felt I was helping make a difference to other people’s lives. Next, I decided I wanted to see more of Australia, so I got a job working in Newcastle and then experienced life working and travelling in the Hunter Valley and regional Australia.

Eventually I returned to Sydney and bought my own pharmacy. It was quite run down and for months, I didn’t sleep well because of nightmares the bank would repossess it! But we went from seeing 40 people a day to over 200, so last June I purchased my second pharmacy and I now employ ten other people.

When I see the struggles refugees are going through now, it makes me think back to what I went through when I first came here. I’m grateful for the opportunity Australia has given us to build a new life here, but it was very difficult to achieve and I know so many people who could have contributed so much if there had been a more welcoming and understanding political environment. That’s why I now give my free time working for refugee support and advocacy groups like Mums4Refugees.

Refugees are survivors. We all need to be given a real chance.

Just one of the great stories in the New Humans of Australia Book 2. You can get your copy here: www.newhumansofaustralia.org/shop