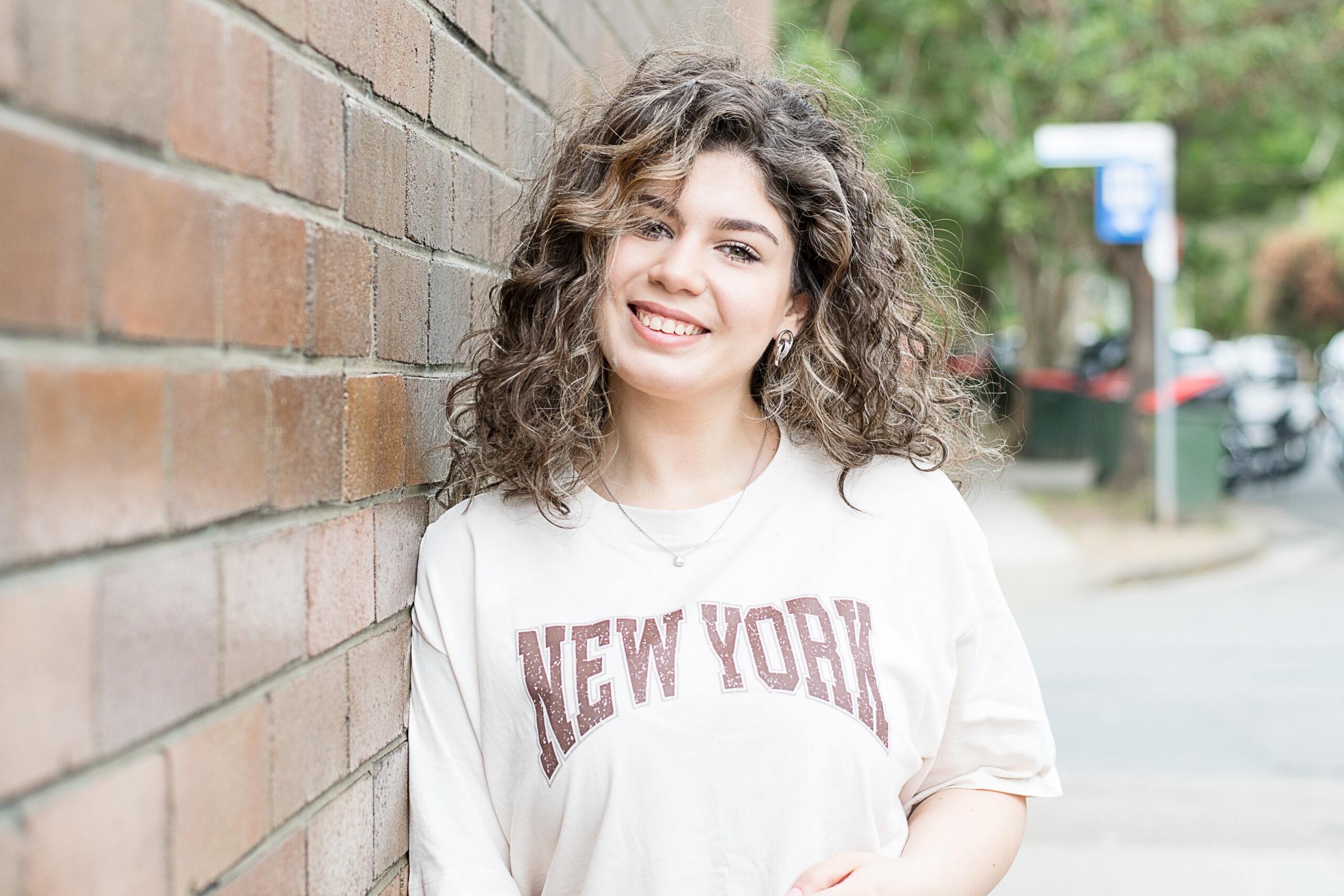 I was always interested in art. But in Syria, being an artist was not considered a serious profession, and I was told that I should try to be something like a doctor instead. When my father and his family saw me drawing, he would take away my pencil and paper. I tried to believe in myself, but I always felt down, and my mental health suffered.

I also had to deal with the war. The worst day was when fighting started on the streets outside my primary school. At that time, I was 8. The principal told everyone to go home early, and when we left, there were soldiers pointing guns at each other on either side of the street and we had to walk through the middle of them. Because we couldn’t get home by the normal way, we had to try to find a different way through unfamiliar streets, but there were also soldiers there, which was really scary and stressful. Then, when I finally got back to my building, soldiers started to shoot around me. I ducked into the stairs so I didn’t get hit, but when I finally made it to my apartment on the third floor, I just fell down, dizzy. I remember my mother was screaming.

My parents didn’t get along well, and when I was 14, we moved to Lebanon, not only because of the war, but also because my mum hoped that things would improve with my father if we had a new life. But unfortunately, things got worse, and after 6 months, they got divorced.

When we first arrived, I found out I couldn’t go to school because we didn’t have the right papers. I was so sad, because I loved studying. But later I started working to help support the family instead. At first, I tried many jobs which I didn’t really like, but after 6 months, I found a job as a nail artist in a beauty salon. I really enjoyed the work, and eventually I became a manager, opening and closing the salon. Although it was a hard period of my life, I really built myself in that time.

After my parents divorced, my mother reconnected on Facebook with her first love. They had been born in the same suburb, and had grown up very close, but he had left Syria to move to Australia when he was 18. Eventually, he and my mother decided to get married and that we would go to live with him.

When I found out we were going to Sydney, I was so excited about my new life. At that time, I was 17, and I had a lot of plans to go back to study. But as the time got closer, COVID got worse around the world. Our plane was actually the last plane to leave Lebanon before they shut down the airport and when we arrived, Sydney was already in lockdown from the day before. As a result, I couldn’t start studying English, except online. That time was terrible for my mental health, and I felt like l lost myself.

However, after the lockdowns ended, I was lucky to get a job as a barista in a pizza shop, which was very good for me, because I was able to go out and communicate with people again. Then I started doing face-to-face study at Navitas. First, I studied English, and next I went on to study Customer Service and Digital Skills, which were really useful courses for me.

I also volunteered for many things, including an art project, and because of that, Navitas helped me to become a youth ambassador with the Multicultural Youth Advocacy Network Australia (MYAN). That experience really boosted my self-confidence.

Now I’m working two jobs – one in McDonalds and one in a makeup shop. I’m also planning to start a Business course at TAFE and to get my Beauty Therapy certificate so that one day I can open my own salon.

My advice for other new migrants is: Even if there is no-one pushing you, you can push yourself to achieve your goals. It doesn’t matter if you are a woman or a man, or young or old. It doesn’t matter if it takes a short time or a long time to get there. Just focus, believe in yourself, and you will do it.