My parents were very educated so they wanted me to go to school. But when I was … 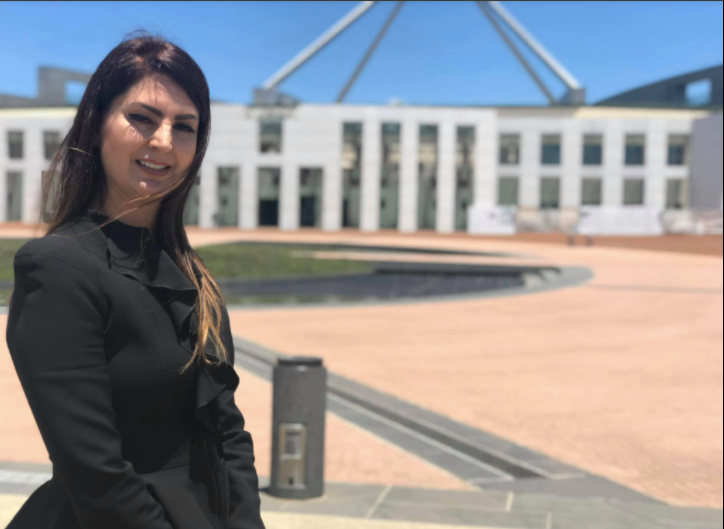 My parents were very educated so they wanted me to go to school. But when I was around 10, school in Afghanistan was stopped because of the war. My neighbourhood was in a war zone, and there was always the noise of guns and bombs. We hid ourselves in basements so we didn’t get hurt by blasts or shattering window glass. My parents would come home and say this neighbour died or that neighbour lost his hands or that neighbour had his head cut off. It was horrible.

I wasn’t allowed to go out much because my mum was worried I would be taken by a neighbour to be their son’s bride, even though I was so young. This was very common at that time, as there was no government, and people could do anything they liked. So my mum just hid me away in the house. I don’t know how I passed the time. We often didn’t have electricity to watch TV or listen to the radio. And we weren’t allowed to read most of the books we had, as they were from a previous regime. If someone came to the house and saw us reading those books, my parents could get killed.

And then the situation got much worse. Rockets were landing in my neighbourhood, and my oldest brother was killed when he was just 21. After that, my parents finally made the decision to flee to Pakistan.

Unfortunately, it also wasn’t safe for me and my sisters to go to school there, and in the end, my mother arranged for me to marry an Afghan man who lived in Australia.

I was so lucky. My mother-in-law was such a nice lady, and wanted me to go to school. But school was a battle. I was bullied every day and couldn’t make friends because I couldn’t understand the language. I didn’t even know my own language very well! And then after school, I would have to come home and dress up as a woman and do a woman’s duty in the home.

I became very depressed. I felt like I didn’t belong to this society. At that time, I couldn’t even call overseas because the call was about $4 per minute. And my literacy wasn’t good enough to express what I wanted to say in a letter.

Finally, I tried to kill myself by drinking a bottle of Dettol. My husband and in-laws took me to hospital but nobody asked me why I did it. That was the worst part. They were just worried about what would happen with the police if I died.

And then I fell pregnant with triplets. Everyone in school kept asking me if I was having sex with my boyfriend. Even though I told them he was my husband, they kept teasing. They were young and didn’t understand. I used to sit and cry about how people were talking to me. Then my triplets were born one month prematurely, and they all passed away, one by one, over the course of 21 days. It was so difficult for me to have that experience without my family around.

Two months later, I fell pregnant again. This time, everything went well, and I had my first son. I was very, very happy when he was born and I kept asking the nurse if he was alive and breathing and okay! I then took him to my family in Europe, where most of them had resettled. It was the first time I had seen them in 6 years.

Next, we moved to Queensland so I could be close to my brother, who had immigrated there. For 9 years, I went on birth control so I could do what I needed to do with my life. Complete my education It was a real problem for my husband because he wanted another child. But I wasn’t ready.

I started to build my career, from customer service to management and then to Counter Manager at Myer. And then when I was ready, I got pregnant with my second child. Halfway through the pregnancy, they discovered I had a massive heart problem. But I gave birth to a beautiful baby girl before having two lots of open heart surgery.

Next, I got a job as a family day care educator, and did a Diploma in Child Care. I was very successful in that line of work, and within a year and a half I had my own business, with around 600 educators working with me.

After that, I started working for Harry’s Education Technology College in business development throughout South East Asia. After a while, I asked my boss if I could take the business to Afghanistan and he said yes! I searched for a long time before I finally found a good college to work with, and then I convinced the Afghan government to support the partnership.

When I landed in Kabul for the first time in 25 years, it was a shock for me! I was taken to a conference room in front of about 500 people including ministers and parliament members, who asked me to come up on stage and launch the program. My heart was beating so fast. But I did a good speech. Afterwards, I met some women who stayed connected with me through social media.

When I returned, I felt inspired to start my own organisation – Women’s Empowerment Leadership, to help women in Afghanistan. It started with just the women I had met there, but after 2 years, the number of women in our online groups had grown to 300 000. Many Afghan female professionals have volunteered their services, and I use the group to help women resolve their problems with the help of these professionals. In 2018, I received an honorary PhD from Tonga University for justice equality and women’s rights and empowerment.

I am also very connected to women from various different backgrounds in Brisbane through my work in family day care. They call me when they have domestic violence issues, and I go with the police liaison officer to help their husbands understand what’s happening. Recently, I was provided with an award from the Queensland government recognising my work in this area during COVID-19.

I’m now doing a degree in International Administration because I’d like to one day work for the UN or as an Australian politician!

I feel lucky to be here in Australia because I have democracy. If I had stayed in Afghanistan, I probably would have been raped or killed. Here I have freedom and can raise my voice without any fear. I hope I can continue to be a voice for women, not just for Afghan women, but for all women.