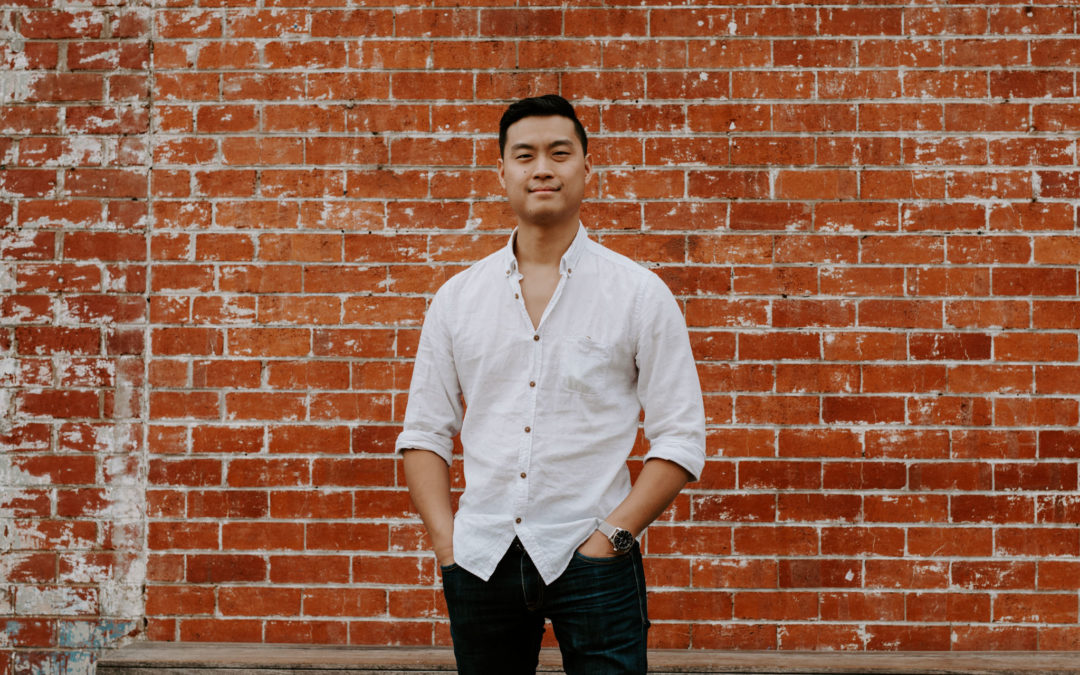 My parents were part of the wave of boat people who left Vietnam towards the late 1970s, and they both ended up in Australia, where they met in a migrant hostel in East Hills. In the beginning, they mostly relied on charities whilst they learnt English and then later they worked hard in odd jobs. Dad eventually studied at TAFE to become a motor mechanic, and Mum got a job working for Commonwealth Bank as a teller.

Their experience as refugees was traumatic and they didn’t often talk about it with us. I had to piece together snippets of their story during extended family gatherings, where the adults would talk about things like drifting for days on an overcrowded boat and battling starvation. Sometimes, it would get really heated, but because my Vietnamese was fairly basic, I couldn’t understand everything. Still, I could tell that they were speaking about really unhappy times.

My parents worked hard all their lives. Growing up, it never felt like we were ‘poor’ but I was aware that they were making a lot of sacrifices to provide for us. I remember one day when I was in Year 3, Dad was trying to sell my old bicycle. He put it outside the front of the house with a sign attached saying “For sale, $55”. A lady came by and offered me $28 for this bike, which I thought was so much money! But when I gave the money to Dad, he was fuming. I still remember to this day, he said to me, “Do you know how hard your mum has to work to get that money back?” I still get a little bit teary when I think about it because I felt so bad at the time.

School holidays were mostly spent at home as Mum and Dad would have to work. Mum would leave my brother and I sheets of homework to do and maths problems on the whiteboard. Usually, we’d spend the day watching TV and then do the homework quickly just before she got back, sometimes just as she was pulling into the driveway!

My parents had high expectations for us to succeed. There was an extremely strong emphasis placed on education, which to them was a ticket to a better life. In some ways, that was a relatively stressful part of my childhood, as I would be punished for poor academic performance. For example, I remember Dad wanted me to get into a selective school when I was in Year 6 so I had to do a lot of exam papers during the holidays. Unfortunately, there were a few times where I didn’t do very well and I copped a pretty good beating for it. It seems so ridiculous now, but I can understand where he was coming from. I think it was a challenge for them to see my brother and I grow up in a different culture. They felt we were surrounded by so much opportunity, but that we were only seizing a fraction of it.

I ended up getting into that selective school, and I stayed on top of my grades through to year 12. Next, I did a Bachelor of Science and a Bachelor of Optometry at the University of New South Wales and I’ve been working as an optometrist ever since.

Eight months ago, I had my first child, a son. My father is so happy and relaxed with him compared to how he was with us and it’s been really great to see him experiencing the joys of a newborn, without all the financial stress he had to deal with when we were young. And I feel privileged to be able to enjoy parenting without that kind of stress too.

My son will grow up in a much more entitled lifestyle than I had, and it will certainly be worlds apart from the life of his grandparents. Sometimes when I look at him, I feel a strong sense of duty to pass on our history to him, so he can understand that the life he was born into has taken generations to build.