My parents migrated to Saudi Arabia from India for a better life. As a result I … 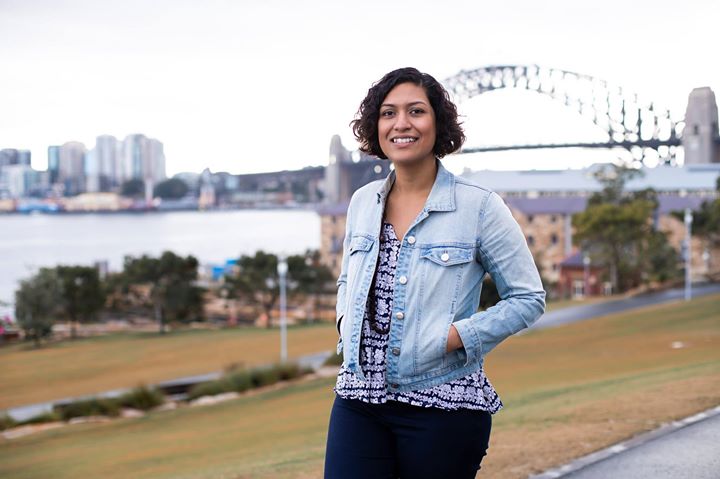 My parents migrated to Saudi Arabia from India for a better life. As a result I was born there, and grew up through the Gulf War. When I was 9, we moved to Canada, and I remember feeling angry because I didn’t understand why we had to leave our extended family and our schools and our friends and basically everything that we knew. It was very lonely there at first, and very confusing to me as to how this was supposed to be a better life for us.

I had a lot of beautiful memories of growing up in the Middle East. As a child, I held on to these memories but now, as a parent myself, I look back and realise the huge efforts my parents must have made to to disguise the reality of living in a war. They always seemed so chilled out, but when I grew up, I found out that they were terrified. I remember when the sirens went off, we had to quickly get on our elephant masks, which is what we called them, and hide under the table. My parents weren’t allowed to take time off work, so there were a lot of days where we would just hide there and play games by ourselves. Now I can imagine how challenging it was for them, not knowing if they were going to return home, or not knowing if their children were going to be there when they did return.

My last memory is of a big water tank explosion and it’s the only memory I have that is actually quite serious because I thought that our family was going to die. I was really scared – our whole building shook, there was dust everywhere, the air conditioning units were coming out of the casings, and when my Dad opened up the door of the apartment, we could only faintly see people through the dust and they were just running around and screaming.

Shortly after that, we left.

As an adult, I ended up working with young people who live with different challenges, and that truly felt like something that I was meant to do. I first became an educational teaching aide and then got my degree in Child and Youth Care, working in many schools.

I thought my story would end there but at the age of 25, perhaps because my family have always been such travellers, I felt the urge to move somewhere different, and came to Sydney on a working holiday visa. Originally, I planned to come for only a year, but then I met the man who was to become my husband. He’s Serbian, so that’s another culture in the mix!

At first, I didn’t really know what I was going to do here. But interestingly, the fact that nobody knew me really pushed me to find out who I was, and I eventually realised I had a chance to live a life of influence. I now manage education programs across NSW for young people as part of the Reach Foundation, and I feel massively privileged to work with some really amazing and inspiring young people.

My husband and I have a little two and a half year old daughter now. As an educator and as a parent, it’s so important to see her growing up in a world where she can confidently be herself. It’s also important to me that she understands her roots. I identify myself as a bit of a third culture chameleon, having lived in a lot of different countries and each of these places had such a big impact on me and who I am today.

Hopefully within the next few months, I’ll be an Australian citizen. None of it was planned, but I guess that’s life!

This month, we are bringing you a series of stories commissioned by TransferWise for their upcoming Faces of Australia campaign, celebrating the contributions of migrants to Australia. Find out more about this exciting project here: https://transferwise.com/community/facesofaustralia