My parents lost a baby in the Gulf War because the hospital was attacked. After … 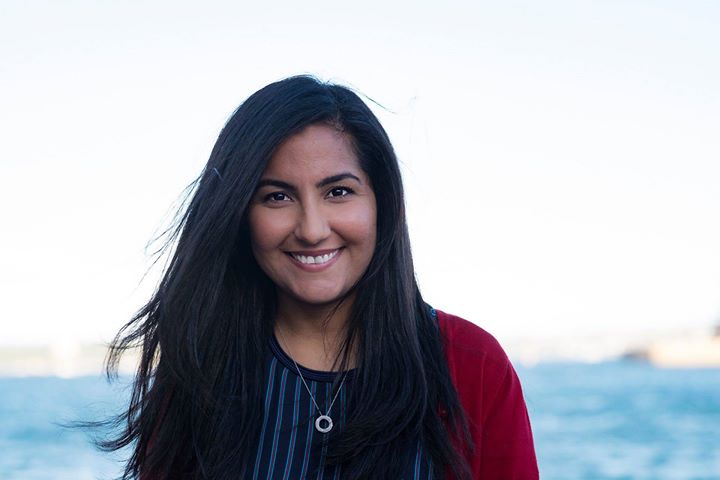 My parents lost a baby in the Gulf War because the hospital was attacked. After that, they fled Iraq to Libya, where we lived a relatively peaceful life until 2011, when everything turned upside down. One day it was a protest, the next it was the Arab Spring, then the sky started raining bombs. My school was shut down, there was no electricity, and we would often have to go and stay at a friend’s house because our area was a potential target for bombing.

Because Iraq was still unsafe, we had nowhere to go, and my parents started travelling in search of safety. Over a year, we travelled through 5 different countries – Tunisia, Jordan, Turkey, Syria and Singapore, and had so many struggles in each of them. We also started struggling financially and my parents became worried about my education. Finally, my dad decided to risk his life and go back to his job in Libya, which was still at war, so he could support us, and my mum and I went to Malaysia, where I enrolled as an international student.

Malaysia was a big culture shock. My English was quite basic, and the school system was different to the point where sometimes I didn’t even understand what they were talking about. As a result, I was really struggling academically, and I became so afraid that I might be wasting the sacrifice my father was making for me that I started to study literally day and night so that I wouldn’t have to repeat the year.

Then, just before my final exams, my mum was diagnosed with some abnormalities and the doctors told her she would need urgent surgery. I was studying beside her bed the whole time she was in hospital, feeling there was no way that I could do well because I couldn’t focus. But thankfully, the surgery went well, and I was able to take my exams.

Two months later, the abnormality came back and Mum needed more complicated surgery. Then, just a few days before her surgery was due, my dad stopped answering Skype calls. We were going crazy not knowing what was going on, as it could be anything in such a war-torn country. Then, we found out that he was in a critical condition in the ICU because he had had a stroke. And because of the war, they didn’t have the facilities to help him. My mom and I didn’t know what to do – we couldn’t go back and he couldn’t come to us because he was too sick. Thankfully, they were able to stabilise his condition enough so that he could spend a few hours on a plane. When he arrived, he looked like someone I’d never seen before – so pale and skinny, and in a wheelchair. It was shocking for me to see him that way, because he had always been strong, the person who would carry us through the hard times.

So, for a few months, we went from my mum’s to my dad’s medical appointments. During that time, my results came out and I was very surprised because I’d done well and got a 100% academic merit scholarship for college. But my happiness was shadowed by my parents’ deteriorating health and their visa situation, as they would not be able to legally stay in Malaysia after I finished school, and again there was no safe place for them to go to.

Finally, we decided to visit family in Australia and to try to apply for a humanitarian visa. While we waited to see if we were approved, I wasn’t allowed to work or study, and I was always worrying about my future. I knew that if we were rejected, I might never be able to go to uni, as my dad wouldn’t be able to work again. To pass the time, I spent many days at the nearby library, taking refuge in books.

Finally, one year later, we got the best news ever – we had been granted permanent residency! It was the best thing that had happened in my 17 year old life.

Now, both my parents are in stable health, and I’m doing second year Dentistry at Griffith. I’m so grateful, and I just can’t wait to give back to this country for giving me the most precious thing – safety, and having a permanent home for the very first time.

We ❤️ our patrons!

Never want to miss a story? Help support our work at New Humans of Australia by becoming a patron, from as little as $1 per month, and get all stories directly to your inbox and your name listed as a patron on our website!

Or become a silver patron for only $15 per month (less than the price of a cup of coffee per week) and receive a FREE COPY of the fabulous New Humans of Australia book (value $29.99). More details here: www.patreon.com/newhumansofaustralia