My parents had a good life in Burma, in the upper echelons of society, with a hu… 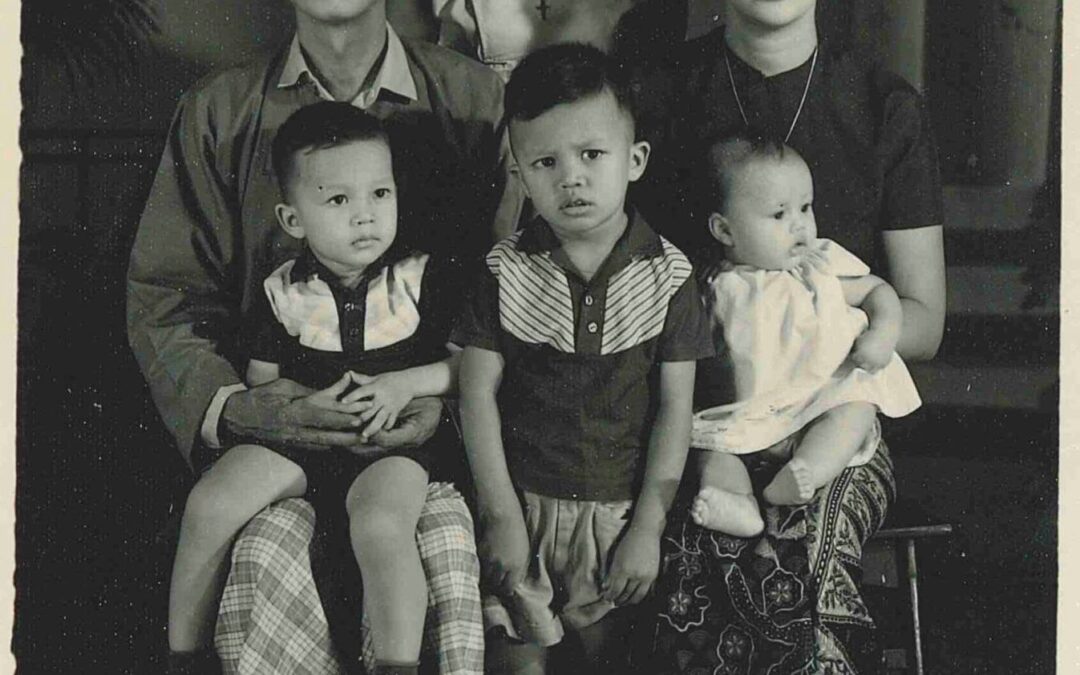 My parents had a good life in Burma, in the upper echelons of society, with a huge house and many servants. But my older brother was born with a rare blood disorder, and my parents were told he wouldn’t live long due to the quality of medical care in Burma. Also in the mid 70s, things were changing rapidly, and suddenly foreigners were being expelled from the country. And even though my parents and their parents had been born there, because they had some distant European background, they were considered ‘Anglo’ by others, which meant that they were discriminated against.

As a result, my father applied for a skilled migrant visa to Australia and, because he had been educated as a Chartered Electrical Engineer in the UK, his application was accepted within weeks! The problem was that he was actually one of the top engineers in the country, so the Burmese government wouldn’t allow him to leave.

Luckily, two years later, there was a change in administration that meant a few of my parents’ connections came into power, and very suddenly, the opportunity came up for us to leave. However, my parents were not allowed to take any assets out of the country, not even jewellery. So when we arrived in Perth, we had almost nothing. At that time I was 3 years old.

Although both my parents spoke fluent English, they hadn’t been able to teach us in Burma, because speaking English was forbidden. Even if you tried to do it at home, the secret police might catch you, or a neighbour might report you. So when we arrived, I spoke no English.

We were the first Asians in our primary school. I remember kids coming up and touching our hair because they had never seen an Asian before. I didn’t have any friends for a long time. At lunchtime, I used to hang out by myself in the out-of-bounds areas of the school. But because I was young, I learned English and adapted to the new culture quite quickly, and by Grade 3, I started feeling more accepted. My older brothers had a harder time – they got bullied and even bashed, and I think they still carry those experiences with them today.

My father also faced challenges. He would often be called by companies to arrange interviews, and because he spoke perfect English, they would say, ‘Oh we are so interested in meeting you!’ But when he went for the interview, he was rejected because of his Asian appearance. Sometimes people even made racist comments or jokes in the interview.

His first job ended up being in a scrap metal yard, which just sort of broke him. He eventually found work as an electrical fitter, but never as an engineer, and I don’t think he ever really recovered from that.

My mum was a teacher in Burma, but she took care of us while we were young when we first arrived, and then after that, her qualifications weren’t recognised, so she went to work as a cook, and later in aged care.

After school, I went through teaching studies, did teaching work, and eventually married my husband, and had 3 sons. As my 40th birthday approached, I really reflected on how I wanted to spend it, and decided to go back to Burma for the first time, where I lived in a convent for 6 weeks, and ran an English summer school for disadvantaged girls in Mandalay. It was really good to give back, but at the same time quite distressing.

There’s a general view that everything’s improved in Burma these days, but my personal view is that it hasn’t. It’s just got that nice face. In reality, the military is still pulling all the strings there, and it’s still quite bleak for the ordinary person. Even though I’ve travelled a lot and seen poverty and political suppression in other countries, when you see it in a country you were born in, it affects you in a much more profound way – it makes you realise that if circumstances had been different, that could have been you there.

I’ve always volunteered a lot. Right now, I’m the city and country ambassador for couch surfing, I’m a community connector through the local council, and I’m involved in the Buy Nothing project. I’ve also just started acting as a mentor for culturally and linguistically diverse migrants to give them the confidence to get onto boards and committees.

If my brother Peter had stayed in Burma, he probably would have died as a child. But we had him until he was 41. So we have a lot to be grateful for. My family are proud to have a Burmese heritage, but we are also proud to be Australians. My parents felt that despite the hardships they went through, Australia really was the lucky country. They felt a great sense of freedom when they came here. And they knew that their children, and their grandchildren, would have even greater freedoms and greater opportunities.

When I see the opportunities our sons have to have an impact on the world, it gives me great hope.