My mother was very beautiful. Her job was to attract miners to the bar she worke… 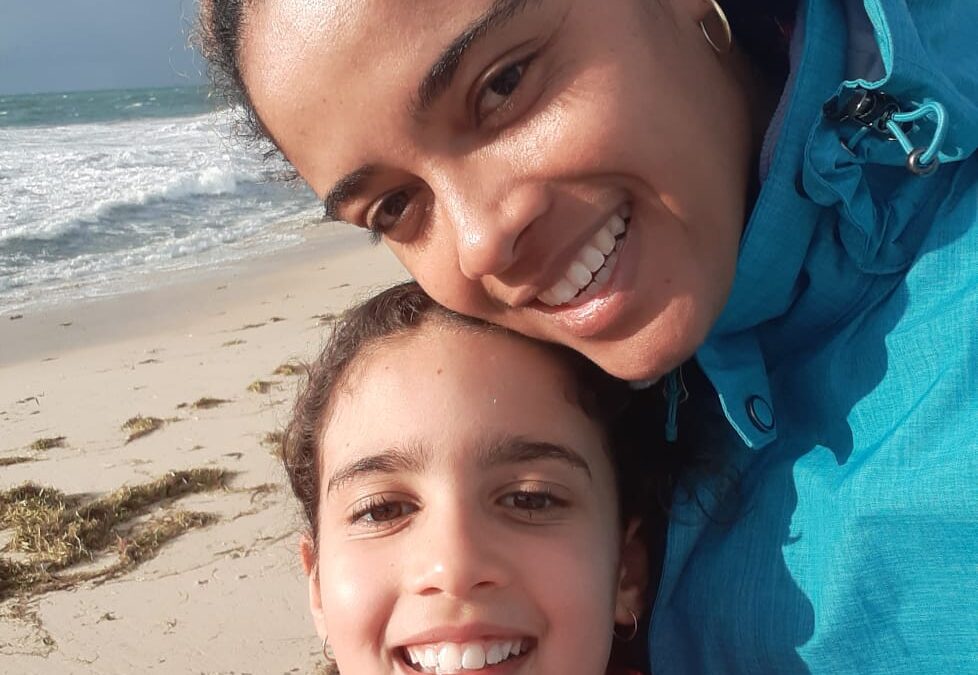 My mother was very beautiful. Her job was to attract miners to the bar she worked in, and to get them to buy drinks. She also used to drink with them, and this resulted in three pregnancies, each one year apart, all with the same man – my dad, a French engineer in the mines of the Democratic Republic of Congo. When I was 3, he returned to France, and we were left alone with our mum, whose family rejected us, as they considered us to be ‘little whities’.

My father did send us money but my mother would use it to drink with her brothers and sisters, as she was an alcoholic. As a result, we were usually starving, often sharing one bowl of food a day between five people. There was also a lot of violence. For example, my sister has a memory of finding my mother passed out and her brother, also drunk, standing over her ready to smash her head in with a brick.

I don’t have many memories of my childhood. I’ve blanked most of it out due to the trauma. But I do have a terrible memory of my brother being circumcised without anaesthetic, held down by four adults, screaming, and blood everywhere. And once the war started, I remember the bombs, and soldiers running in and out of the houses, and people screaming.

I am quite sure there were many other bad things going on that my older brother tried to shelter us from, but to this day, he won’t talk about it. I do remember one day when I was 5 and he was 7, he came running into the room, told me he was playing Hide and Seek, so not to tell anyone that he was hiding in the cupboard. Two minutes later, all the adults rushed towards me and started shaking me and threatening me to find out where he was. And when they opened the cupboard, they found him unconscious because he had tried to hang himself.

When I was 8 years old, all French nationals were recalled home because of the war. And because we were recognised on our birth certificates as French, we suddenly found ourselves going from a very poor life in a war-torn country to living with a stranger, our father, in a very expensive coastal suburb on the Mediterranean.

It was so strange and traumatic for us. We barely spoke the language, and as we were often the only black people around, there was a lot of racism. We didn’t really understand why we were there, and later found out that our father had been forced to take us. At first, we felt as if we had no emotional support from him, and begged him to bring our mother to France, but he refused.

We eventually grew closer to him, but then he died 5 years after we arrived, following heart surgery. It was an emotional time for us, as we not only had to deal with his loss, but we then also found out that he had married before going to Africa and had had other children. Apparently, he was known to be a serial liar. My half-sister came to meet us – up until then she had no idea that we existed, so she was in shock as well. And there was an inheritance which was disputed by my half-brother, who never saw us or came to our father’s funeral.

Because we had never had a loving family in Africa and our experiences had been so bad there, we chose to go into foster care in France rather than returning to our mother. So we were placed in a house in the mountains with a large family who had other adopted children. At first, we felt very helpless and hopeless. But our foster parents were good, genuinely kind people who were good role models, and we eventually settled in.

However, I always felt misunderstood and discriminated against in France, so after I finished school, I decided to get away, and chose to come to Perth to study English. I enjoyed my studies, and fell in love with the hot weather here, and with the casual way of life. I still experienced some racism, but as soon as I opened my mouth and spoke, it was as if I wasn’t black anymore, but just French, as Australians love a French accent! Eventually, I learned not to be offended.

After English, I went on to study HR management, then Public Relations and Cultural Studies, and I’m currently finishing my Master of Communication. I also became an Australian resident whilst in a de-facto relationship, although unfortunately the relationship didn’t last.

I’m currently working for Edith Cowan University as a Careers Assistant and as a Concierge in the Student Hub. It’s a perfect job for me, because I love interacting with people, and because I believe there is a treasure in everyone!

I also have a 9-year-old daughter who is very curious about my story, but for now I think she is too young to hear most of it. None of us have seen my mum since we left Africa and none of us have the desire to either. We’re not angry with her, we’ve just let it go. She was doing whatever she could to survive. But as a parent of a young child, I can’t believe my brother wanted to kill himself at the age of 7.

In 2010, I decided to connect to my roots, and take part in Miss Africa Perth, which I won, and subsequently initiated a project to help the African community. But I feel I can’t truly call France or Africa home because of the trauma I experienced in both places.

I consider myself to be a global citizen. My home is in my heart.