My mother always discouraged me from studying. She said, ‘We are not the ruling … 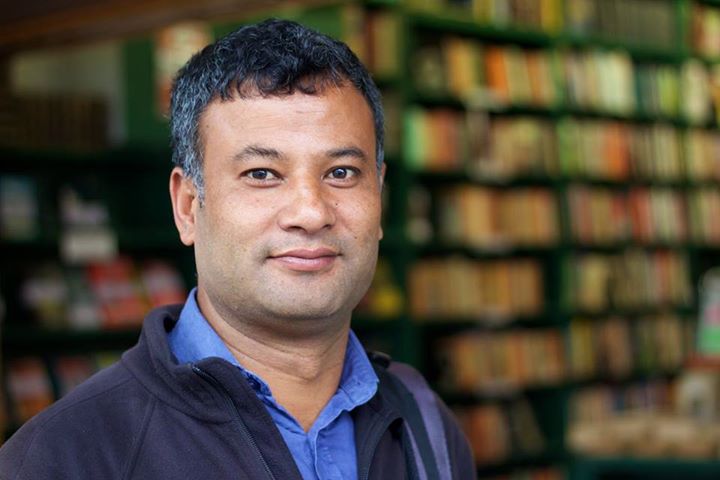 My mother always discouraged me from studying. She said, ‘We are not the ruling class, we are working people, why are you studying? They are never going to give you a job even if you are educated.’ She even burnt my books a few times.

She had been married at the age of 9, and of her 11 children, 6 died as babies. Then, when I was 5, my father died. It was a huge burden for her – at that time, she had never even handled money. She had to work 16 hours a day as a weaver, and my sisters had to leave school to work as child labourers, carrying bricks. I worked in my school holidays, but I insisted on finishing school.

When I was growing up, I saw so many children dying because our wells were contaminated by sewage. One day, when I was 17, I met some Dutch people and told them about the problem. They gave us $1000, and that $1000 was enough to buy a 9 km pipe, which enabled us to get water from a clean source in the jungle. Suddenly, people stopped dying! That one project empowered our village so much.

I realised when I was very young that I was gay. I was always thinking, ‘Why am I like this?’ I wanted to die, it was taking all my energy. Then, when I was 18, I saw some gay men in a public toilet in Kathmandu and realised that other people liked me existed! Later, I saw men having sex in the parks. This was the time of the global AIDS epidemic, and I was very scared that if the homosexual community got HIV in Nepal, we would be bashed up. So I decided to do something about it. At first, I would just get a whole bunch of free condoms from the hospital and give them to everybody in the parks, not just homosexual men but the female prostitutes too! Later, I made big metal boxes, put them everywhere, and paid people to fill them up. So people were very aware of HIV very early on in Kathmandu because of that.

Around the same time, I met 2 Australian gay guys and after I showed them around the city, they offered me some money. But I said no, that I had just done it to practice my English. And they were impressed! We stayed in touch, and a year later one of them offered to help me come to Australia to study. He organised everything – my visas, my study and paid for my rent and food and everything. It was amazing.

First, I studied English for a year, followed by a one year tertiary preparation course, before doing a Medical Science degree. But after I finished, I wanted to see the world. Over the next 8 years, I worked my way around 65 countries. When I came back, I decided to study Public Health because I had realised that it was the only thing that really helps poor people. After graduating, I worked in Bangladesh, then in the Katherine with indigenous people. Next, I did a Human Rights course at Sydney Uni, where I conducted research on LGBT violence in Nepal. I was there when the earthquake happened, and because I had so many links with organisations, I was able to help a lot with mobilising medicine, food and housing. Now, I’ve come back to get a job where I can help people with water sanitation in Nepal. I’m applying for the job today.

Living in Australia I feel more human than in Nepal because people don’t discriminate against me as much. I feel very equal to everyone here. My dignity is respected. And I feel so grateful to the person who helped me to come here. I’ve never met anybody so compassionate and knowledgeable.

And I’m very glad I insisted on finishing high school. My sisters looked at me and realised the value of education, and now all my nephews and nieces have been educated, which makes me very proud.

Please help keep the New Humans of Australia project alive, by becoming a patron from as little as $1 a month: www.patreon.com/nicolagray?ty=h (If you experience technical problems, please google ‘nicola gray patreon’)