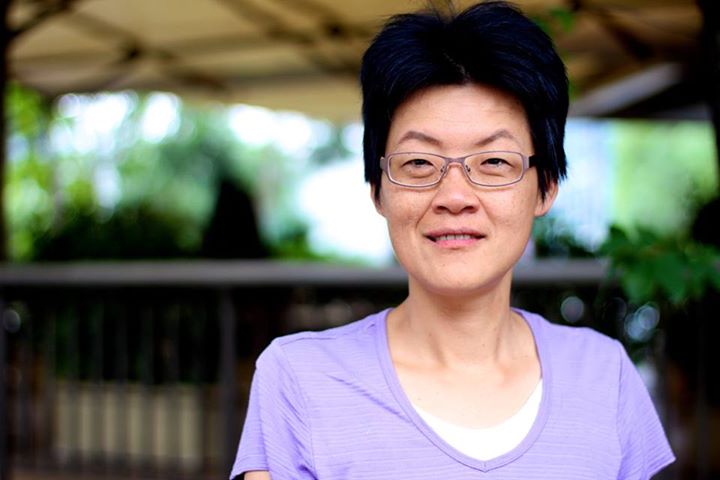 My first job was with the Taipei City Government Department of Environmental Protection. But I don’t think I’m too good at working with government – sometimes I’m more loyal about doing the right thing than being loyal to my boss! So, after that, I formed my own organisation, called the Green Formosa Front, which I grew from 1 person to 10 people. We achieved many things, including organising a Clean Up Taiwan day which was modelled on Clean Up Australia day, fighting against a new nuclear power plant being built, helping farmers to set up safe farming practices, and stopping toxic waste being illegally dumped in Cambodia by Taiwanese companies.

By 2001, my family had all migrated to Australia, so I decided to come and join them. I found a job doing energy policy research, where my manager and I worked together on setting up what became the NSW Climate Change Fund. Then, I decided to strike out on my own again, and I co-ordinated a number of projects to improve energy efficiency in small businesses. One was a project to upgrade Sydney’s dry cleaning shops to make them more energy efficient. At that time, they were the highest small business consumers of electricity, due to the steam generated by electric boilers. I think we must have visited nearly every single one in the end! For that project, we won two Green Globe awards.

Next, I spent some time travelling through some developing countries, including Cambodia and Laos. Soon after my return, the Australian government announced their plan to send refugees from Nauru to Cambodia. I couldn’t believe it – I had visited lots of local NGOs in Cambodia, so I knew it was a very corrupt and poor country, and therefore not a good place to send refugees.

As a result, I started a group called People Just Like Us, which I now devote 100% of my time to. One of our main focuses is to run refugee talks because we believe it’s important for people to hear refugees talk about their experiences in order to understand what they have been through.

Australia is a signatory to the United Nations 1951 Refugee Convention – we are actually one of the founding countries – yet we take very few refugees compared to the rest of the world. And we are a rich country, yet we are outsourcing our legal and moral duty to poor countries.

These people have come to our door for help, and as human beings, I believe we should be showing them humanity and compassion.

Please consider supporting the New Humans of Australia project by becoming a patron, from as little as $1 per week. https://www.patreon.com/nicolagray?ty=h