My father was Greek Cypriot, my Mum is Welsh, and they met at an Irish dance in … 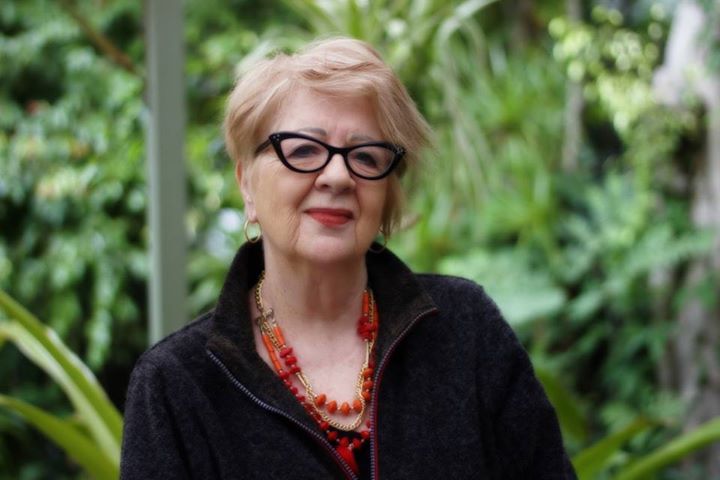 My father was Greek Cypriot, my Mum is Welsh, and they met at an Irish dance in London! Dad hardly spoke English – I don’t know how they communicated. There were a lot of mix-ups. For example, she thought he was very wealthy because he had a gold tooth! But they married after three months. I was born in Wales, but we eventually moved to London, where Dad had a beautiful hairdressing business. He used to do Princess Margaret’s hair.

When we came to Australia in 1951, to be a ladies hairdresser was considered a bit ‘poofy’ and Dad went through a hard time. There was also still a very much anti-Greek and anti-Pom feeling. Dad’s real name was Alkiviadis Nicolas Vasiliou, but being a hairdresser, they nicknamed him Vaseline Hair Tonic and he got very upset, so he changed his name, which I didn’t like.

School was hard for me. I can remember going to school and having kids sit on the fence and yell out to me, ‘You greasy Greek,’ and when that didn’t work it was, ‘Go home, you bloody Pom!’ In the end, I got to the stage where I didn’t want people to know Dad was Greek. As a child, I really hid him because of the stigma, and I think that’s very sad.

Now, I’m passionate about discrimination of any kind because of what I went through as a child. I look at what’s going on in the world now, and I say to people, ‘Even with what’s happening with radical Muslims, please don’t judge all Muslims that way because that’s not who they are’. I’m now very proud of who I am, and I think my children have grown up being proud of who they are too. They’re a mixture of Asian, Greek, Welsh and Aussie, and so are my grandchildren.

He was a great man. He always had a soft spot for anybody that was new to the country and so he’d often come home with students from overseas. Anybody that didn’t have anywhere to go, especially Christmas time, they’d come over for a meal.

Now my husband and I have such a wonderful group of friends – Thai, Filipino, Russian, Greek, Italian…I feel we are carrying on his legacy in some way.

Thank you to everyone who signed up last week! 🙂 If you would like help New Humans of Australia to tell migrant stories, please visit: https://www.patreon.com/newhumansofaustralia