My father was executed when I was 9. I remember visiting him in jail, walking do… 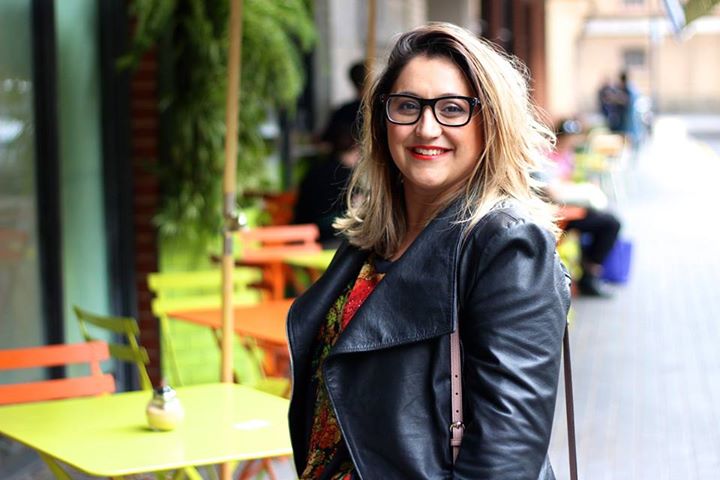 My father was executed when I was 9. I remember visiting him in jail, walking down this dark corridor and he was at the end of it. He had made me and my brothers necklaces from date seeds. After he was executed, they didn’t give us a gravestone or anything. I remember going to the gravesite with mum and it was just like a massive oval, and you didn’t know where anyone was. I still kick myself to this day that I didn’t keep that necklace he gave me. He had engraved my name into it.

After that, my mum was worried they would come after her, as she was constantly harrassed and taken in for questioning, so we decided to leave everything behind and escape to Turkey. After a few months there, we were accepted by the UN to go to Canada. But the week we got accepted, the political party that my dad had been involved with staged a protest in front of the Iranian embassy in Canada, and burned the Canadian flag. Because of that, Canada rejected our case and the United Nations said they were going to deport us back to Iran.

Because of that, we had to became illegal refugees. We hid in a building in Ankara with around 300 other refugees, and when we went out on the street, we couldn’t talk to each other in our language in case the undercover police found us. Then, some overseas relatives of ours sent Mum some money and she organised a smuggler to take us into Greece by boat with around 20 others. It’s amazing to remember how my mum made all that fun and games for us. That boat was sinking and we thought it was fun, you know splashing out the water with our hands.

In Athens, I sold black market cigarettes in one of the squares, and my brothers sold lottery tickets and shined shoes. One day, I was approached by an undercover cop who pretended he wanted to buy cigarettes from me. After he caught me, I said, ‘I don’t have a Dad, so please let me go!’ And he let me off, and even gave me back the cigarettes. He was so kind. Another time, a man who bought a lottery ticket from my brother won a lot of money, so he gave us some. We also met a lovely family who had a restaurant which they weren’t using, and they let us live there. So we were lucky.

A few months later, we went to the Australian embassy and told them our story and the lady was so lovely, she just said, ‘Welcome to Australia’ straight away. And 6 months later, we arrived in Adelaide. It was the most liberating feeling, to not have that fear anymore. I remember going to Foodland and buying all these things, and it just felt surreal.

I did 6 months of English lessons, then I got put into year 8. High school was really tough for me. I had missed 4 years of school, and I still didn’t know things like the Aussie lingo, or how to play netball, so I got bullied quite a lot. Then Mum decided to move just so we could go to a more multicultural school. I did really well after that, and got into Commerce at uni.

But by my 3rd year, Commerce just didn’t interest me. I had started making jewellery and wholesaling it to boutiques, and I also had a huge collection of vintage dresses, which I loved. One day, Mum said to me, either you get rid of all this stuff or you do something with it! So I decided to leave uni and start up my own business, Azalia. Initially, it was a vintage store, but as the years progressed, I supported more and more local, up and coming, designers and that became my focus. Now there are 3 Azalia Boutiques, and it has become a bit of a name in Adelaide.

I knew I could do it. Once you’ve run away for your life, there’s just no fear. And having that trade built in me from an early age played an important role. I wasn’t playing with dolls and princesses as a child, it was always about how can I make money, how can I help Mum feed us?

When I look at it now, I feel like everything happens for a reason, the way everything has fallen into place. We live in a beautiful country, I’ve met my husband, who is so supportive, and I’ve got 2 gorgeous girls. I would not have had this life without coming here.

My mum is such a strong person. As a mum, I can break down quite easily because of silly things, and at those times, I’m just reminded that she never made it a scary thing for us. She never had that fear in her face, although I’m sure she felt it, having three little kids with nothing.

She sacrificed a lot for us, which I’m very thankful for.

Thank you so much to everyone who has signed up as a patron – I am now at 50% of my goal! If you would like to join the wonderful supporters of the New Humans of Australia project, please visit: www.patreon.com/nicolagray?ty=h