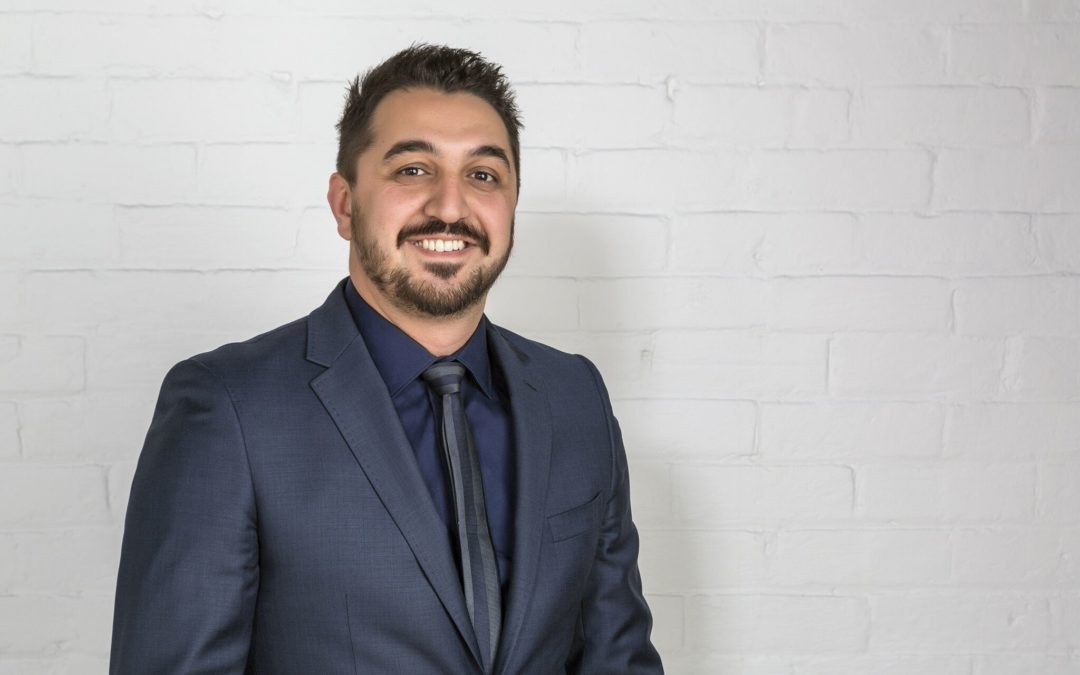 My father was executed by the government after the Islamic Iranian revolution in 1989. I was only about 5 at that time, so it’s all a bit blurry. But I remember waking up one early morning and Mum saying, ‘We're leaving’. We didn’t even get a chance to say goodbye to any of our family.

The next thing I remember is crossing the border into Russia, and having a very strong sense of fear that we were going to be sent back to Iran, and that they were going to kill my mum too. After that for a very long time, whenever I saw a policeman, I always felt the same fear and anxiety.

From Russia, we were smuggled into Turkey, where we lived for 2 and a half years in a refugee camp. We kids grew up really fast there. Later, we went to Greece, where we sold lottery tickets, cigarette cartons on the street, and shone shoes. I remember acting like I was a big businessman on the streets or something, but underneath it all, there was a lot of anxiety. I was only 8 at the time.

5 years after we first fled Iran, we were accepted as refugees. I will never forget the day the lady at the Australian embassy in Greece welcomed us to live in Australia. It was just pure relief, that finally we could have a life without fear, where we could be together and nobody could take our Mum away.

But when we got here it wasn’t that easy for me. I didn’t speak English, so primary school was really difficult. I became very reserved, very quiet, and I struggled to make friends. My brother and sister were closer in age so they had each other, but I felt like I was always on my own.

After school, my brother and I started a fruit and veg business in the Adelaide Central Market. At that time, I was one of the youngest retailers there. I remember I’d be driving the truck to get stock late Saturday nights and I’d see all the kids my age out having a good time on the streets, while I was going to work. We had to do that though, because I felt those kids had a head start – they had a good upbringing, both their parents were alive, they had money. But we had a lot of catching up to do!

I now work for Harris Real Estate selling houses in Adelaide. I think those days of making deals and hustling in the streets when I was a child really help me in my work now, and I take great pride in achieving life changing results for my clients.

It can still take me hours to fall asleep. And sometimes I wake up in the middle of the night and just look out at the balcony. My wife will ask me, ‘What are you doing?’ But it’s automatic. I still have that old fear with me, that we might be captured and sent back to back to Iran.

I’ve never talked about my life story much. I’ve held things in for a long time, because I don’t want people to think I’m looking for sympathy, or to make it sound like we have it harder than others. However, recently I’ve started to feel more secure, especially since getting married, and I’m now starting to share a little more. I think opening up and talking to people about your experiences really helps and I encourage more people, especially men, to reach out and talk to a friend or a professional if they are struggling. Mental health is so important.

I’ve learned to live life knowing that no matter how hard my current situation is, there’s always someone else out there that is doing it much tougher, and to be grateful for what I have. In life, we are not always dealt the best cards, but we must do the best we can with the cards we have been dealt.

I’m really grateful to be in such an amazing country and to call Australia home.