My father was a freedom fighter against the Russian invasion of Afghanistan. Whe… 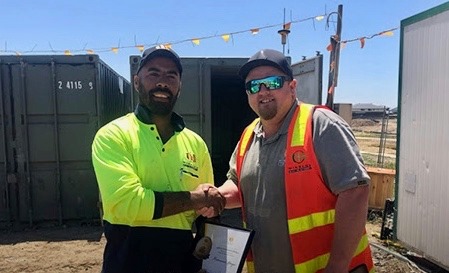 My father was a freedom fighter against the Russian invasion of Afghanistan. When I was 3, he sent my mother and us kids to Pakistan to give us a better life. As a result, I grew up in Pakistan, but visited my father in Afghanistan every few months. In that time, he became a prominent leader in the northern belt of Afghanistan. But when I was 14 he was killed, along with 20 of his companions, on his way back from peace talks with the Afghan Northern Alliance. After that, we couldn’t go back to Afghanistan.

There were many troubles for us in Pakistan, as Afghans were really looked down on there. Even some of my teachers were rude to me! But the good thing was that I was eligible to study, and that I got into university.

I decided to study Economics, because I wanted to eventually be a leader like my father. After uni, I went back to Afghanistan and for two years I was in the Ministry of Economy, as the Monitoring and Evaluation officer for the Department of NGOs.

But I eventually started meeting with my fathers’ friends who were in a higher position in government, and that led to my life being in danger, because I was my father’s son. Soon, I started regularly receiving anonymous threatening calls. By then, I was married and had four kids, so I was really worried.

Five days after I arrived in Australia on a work trip, my father’s right-hand man was assassinated. As a result, I felt that my life wasn’t safe in Afghanistan anymore, and I decided to apply for political asylum here. I thought that it wouldn’t be too long before I saw my family again, maybe a year. But I was placed on a temporary residence visa for 5 years, and in that time I couldn’t travel out of the country.

Though I had big problems with the culture and language difference, I met with good, welcoming people here who helped me out a lot, and I was lucky to find work. My first job was plastering and painting, the second was assembling in high rise buildings and the third one, which I have been doing for 3 years now, is in civil construction. Last year, I won my company’s Excellence in Construction award, and I’m now Acting Leading Hand. I am looking forward to hopefully doing my Masters in Construction one day.

I also participate as much as I can with my community. I’m involved with the Afghan Youth in Melbourne; with the elder community who look after the mosque here; and with One Vision Aid, a local and international charity run by Afghans. This country has given a lot to me and I hope I can give back too.

Last month, when I finally got my Permanent Residency, I was so happy because it meant I could finally fly to meet my family in another country, but now this COVID situation means I can’t. I’m trying to get all the documents I need to apply for my family to come here, but my solicitor said the process will probably take another 1-2 years. And back home, it’s really crazy right now. Hundreds of people are dying. Whenever I hear about a blast or something happening, I just get a shock and worry about whether my family is OK.

This situation makes me really emotional. Whenever I had trouble when I was young, I was missing my dad, as he really looked after his people and he was so kind to his family and everyone else. So I wanted to be kind in the same way to my kids, and it really kills me inside that for the last 5 years I haven’t been able to see them. My youngest son was 1 year old when I left, and now he’s nearly 7. I really miss them, and my wife.

It’s been too long.