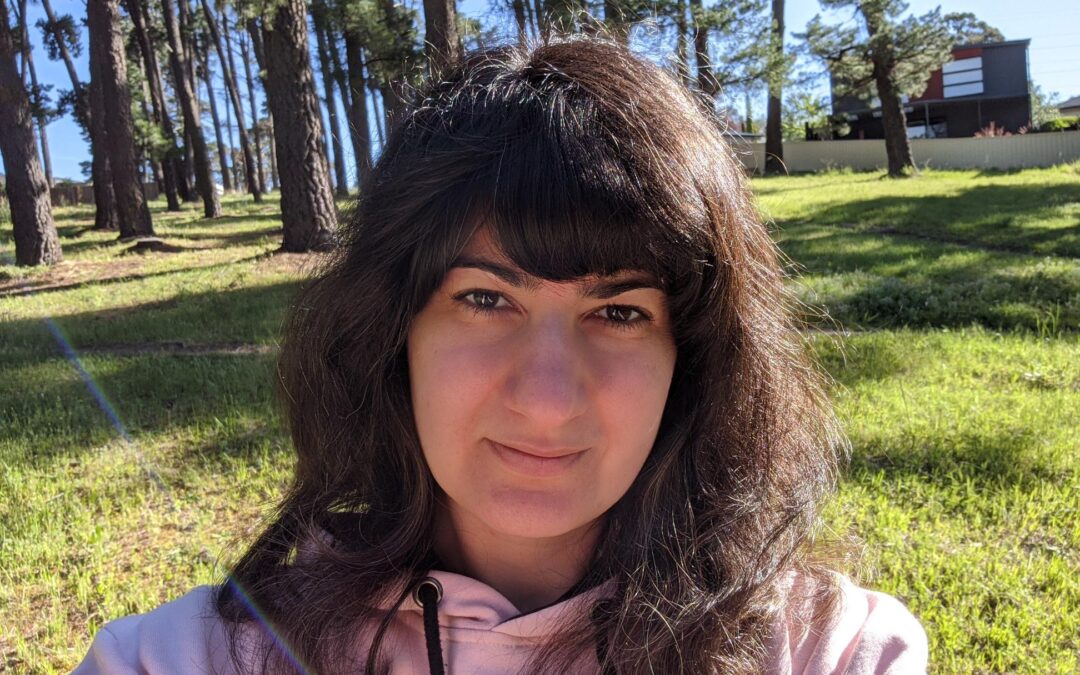 My father met my mum at a party when she was 16 and he was 27. He had come from Lebanon on a scholarship to study Engineering in Communist Russia in the 1980s. They dated for a couple of years, got married, and conceived me. Then he had to return to Lebanon to pay back the government for his scholarship, just after she gave birth to me.

When my mother visited Lebanon later that year, she found out his family were farmers in a small village, and that the whole extended family lived together in what she saw as primitive conditions. They slept on mattresses on the floor, used kerosene to cook their food, and had a traditional hole-in-the-ground toilet. After a few weeks, she couldn’t take it anymore, and went back to Russia, where she worked as a hairdresser and was supported by her parents to raise me.

Two years later, my father invited her to try Lebanon again. But my mother still couldn’t adjust to life there, and we again returned to Russia.

Next, my father brought us out to Abu Dhabi in the UAE. I enjoyed living by the sea, and the warmth, beauty and sunshine. But my troubles started when I began school, where I was soon told by my teacher that my mum was going to hell because she was a Christian and that I should convert her to Islam. I was so upset that I tore my religion book, threw it on the floor and started stepping on it in front of the whole class. My teacher beat me with a stick, and I went home with welts all over my legs and arms. And the next day I was expelled.

After that, I had to change schools a couple more times due to my father’s financial problems. As a result, I missed out on having long-lasting friendships, and constantly felt like an outcast as a Christian with a Russian mum.

After a while, my parents’ relationship started to fall apart. Twice, they separated, and my mother and I returned to Russia. Unfortunately, I was also bullied there because of my Middle Eastern features – my classmates called me names like Bin Laden, and referred to me as black.

Unfortunately, both times we left the UAE, my father forced us to return by saying he would have me abducted if my mother didn’t come back, and threatening that she would never see me again.

My mother eventually became a successful tour guide in Abu Dhabi, which really upset my father, because suddenly she became important and financially independent. There was a lot of domestic violence in their relationship. Once, I caught him dragging her on the floor by her hair. He also had many young Ethiopian girlfriends, who became very dominating. Next, my Mum started having boyfriends, and taking me on trips with them, as cover, so my father wouldn’t question her.

I had to grow up extremely quickly.

When I finished school, my father saw many of his friends sending their kids to study overseas as a way of eventually gaining citizenship for the whole family. As a result, he organised for me to study Human Resource Management at UniSA in Adelaide. I was so glad to get away!

I did surprisingly well at university, and even became a teacher’s pet. Slowly, I started to see myself in a new way, and also to see my parents’ behaviour in a new light. Then, just before I finished my degree, HR fell off the skilled occupation migration list, and I found out I needed 2 years’ work experience to be sponsored by the state for permanent residency.

My parents wanted me to come back when they heard the news, but I was determined to find a way to stay. They weren’t happy, but I worked around it so they would keep sending me enough money while I tried to find work. Finally, I found a casual job with UniSA, and subsequent work for the state government. When I told my parents that I wouldn’t be coming back, we had a massive argument.

After that, my dad told my mum he didn’t need her anymore, and she started blaming me for everything that had gone wrong in her life. I supported her financially for a while, but when I got a mortgage, I had to stop. For a long time, my mother relentlessly stalked and blackmailed me, while my relationship with my father fell apart spectacularly in 2014.

Since then, I’ve had a lot of good counselling which I’m really grateful for, and I’ve now cut ties with both my parents. It wasn’t an easy decision, but it was one I needed to make for my mental health.

I have a good life here in Adelaide – I don’t face any racism, people are kind and supportive, and I have a career I enjoy with the SA state government.

Australia is the land of opportunity, and has given me one thing I didn’t have in any other country I lived in – the power of choice.

Staying here was the best decision I have ever made.