My family is originally from Afghanistan, but when the Taliban took over, they s… 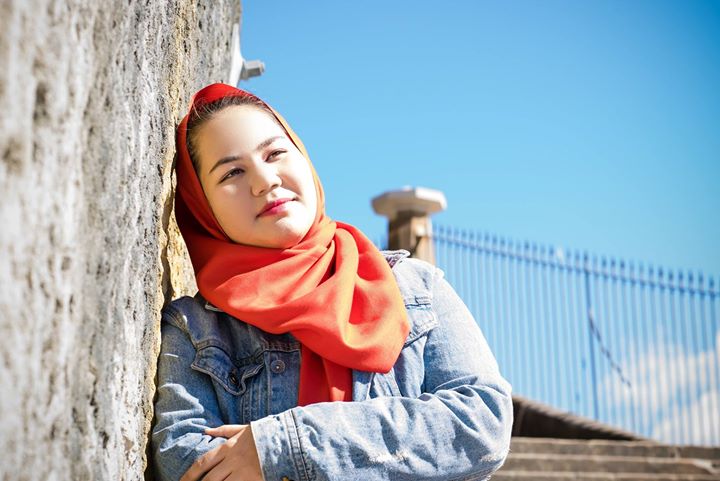 My family is originally from Afghanistan, but when the Taliban took over, they started the genocide of the Hazara people there. Unfortunately, we are very easy to identify because we have distinctive facial features so it wasn’t safe for us to live there anymore. As a result, just before I was born, my family fled to Iran, where it was safer and easier for us at first. However, over time things also became bad for us there because the government and the people were really discriminatory and there was a lot of racism.

Eventually, my dad decided to leave and to come to Australia by boat. Three years later, when I was 12, he was able to sponsor us to join him here. Coming to Australia was difficult for us. We had very few family friends, we didn’t speak very good English and we were a large family – I’m number five out of six children. Also, although my brothers wanted to work, they couldn’t find a job. They needed a resume and where we come from we don’t have resumes.

About two years after we arrived, I found out how many programs and services there were for people who are new to Australia, like resume-building workshops and classes to help you find jobs. But as my dad had sponsored us to come here, we didn’t have a caseworker to tell us about any of these services. We were just left alone. So when I saw all these programs we could have used for the two years we’d been here, I was pretty shocked and upset.

Last year, I was at a hackathon and my team came in second place. The theme of the hackathon was social impact for migrants and refugees, and our idea was an artificial intelligence chat board to speak with people that experience mental illness and track their moods. Except for me, all my teammates were Australians, and they decided to give me the whole credit for the scholarship we won, which was amazing. I used the money to do a course in user-experience design at Academy XI, and in that course I gained the skills to solve problems effectively in a way that helps others.

I knew there was this problem my family had faced – that we didn’t speak English and we didn’t know about the services or programs or workshops that were available, so we had been put at a disadvantage. Next I thought, ‘Let me just go and see if anybody else has that problem’. First, I ran a survey, and then I went out and interviewed people face to face. And what I found was that this was a problem that many other people were facing. So I decided to solve it.

I came up with an idea for a website to centralise all these programs, services and workshops in one place. It’s in different languages, and it’s personalised so you can find what you want. For example, if you’re looking for employment and building your resume, or you want a white card, you can easily find the resources you need.

I’m in year 12 at the moment, so it’s difficult to manage the website because it’s super time consuming. But I’ve been trying very hard to also focus on school and hopefully I’ll do well for the HSC!

I’m thinking of studying software engineering, or technology information systems at uni. I want to show other Afghan girls that they can do things like become engineers and doctors. In my community, a lot of girls just become nurses because that’s the representation they see. But one of my biggest goals is to empower them to take a bolder stance and to not be ordinary.