My dad was a Muslim and Mum was a Hindu. They had a love marriage, which was alm… 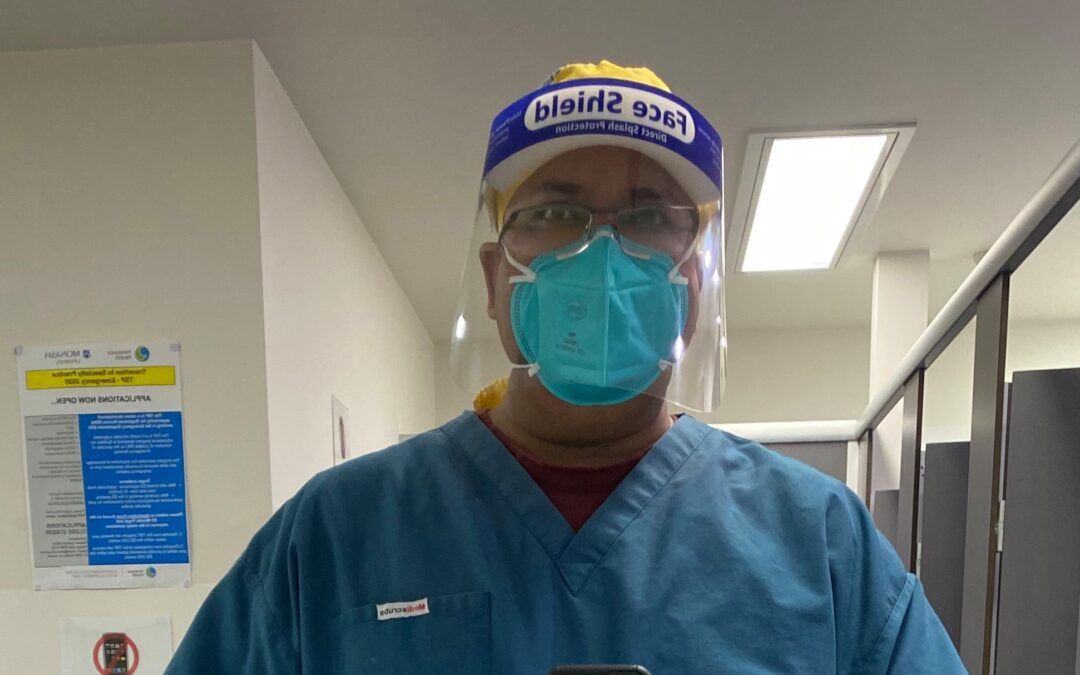 My dad was a Muslim and Mum was a Hindu. They had a love marriage, which was almost unheard of in India back in the seventies. Due to religious discrimination, it was a challenging marriage, not supported by either of their families, and they were quite cognizant of the fact that life would be difficult for us as their children. As a result, they looked for another country to raise us in.

My father found work in Libya, originally as an emergency doctor, although he went on to train as a neurosurgeon. At that time, Libya was a dictatorship under Gadhafi so there were a lot of trade embargos, which meant that you couldn’t buy certain things, or easily travel in and out of the country. When we arrived, there were a lot of migrants from different countries working there, but as life eventually became more and more difficult, they started leaving.

When I was 16, we finally left too, and went back to India for a year and a half. In this time, as a child of a mixed marriage, I really experienced the discrimination that my parents had told me about. But luckily my parents next decided to move to New Zealand, where I did my final year of high school.

New Zealand was a big culture shock, predominantly just due to the abundance and availability of things! For example, seeing 15 different types of milk seemed ridiculous to me. But I was also pleasantly surprised by the ease of life and how relaxed everything was, and also by how open and accepting people were.

Unfortunately, my father found out after we arrived that his medical qualifications were not accepted, so we had to go on government support. As a neurosurgeon, he really struggled with that. He applied for many other kinds of jobs, both medical and non-medical, but all he ended up with were 300 or so rejection letters. As a result, he had to go and work in Saudi Arabia, and send money back to us from there.

My mum also struggled because apparently no-one wanted to rent their house to an Indian family, saying they thought that our food would stink up the place. Eventually, a kindhearted real estate agent, Elaine Berryman, helped us to get our first house, and continued to support us every time we moved.

I had wanted to get into Medicine after high school, but as I didn’t get the required points, I did a degree in Physiotherapy instead. Then, when I was 21, my family decided to move to Australia, in the hopes that we would have more opportunities.

I worked as a physio in Melbourne for about a year and a half, but in the back of my mind I still felt that Medicine was what I really wanted to do. And when I eventually looked into it, I was surprised to find out that I was actually able to do Medicine as a graduate in Australia, whereas in New Zealand that hadn’t been possible. I ended up choosing to study at Newcastle University and graduated in 2007.

Next, I decided to specialise as an emergency physician, just like my father had been at first. Dad was always very proud that I was going to specialise in Australia, but unfortunately, he never saw the day I finished, as he passed away in a hospital in India after contracting a preventable infection during surgery. His death was a very difficult experience for me, and experiencing first-hand the health system in another country really made me realise that the system we have in Australia is second to none. When I received my fellowship, I dedicated it to him, because of the challenges he had faced in his life due to his qualifications not being recognised.

I’m now working at Frankston hospital in Melbourne. At the moment with COVID, it’s a very challenging and stressful time to be an emergency doctor. But it’s also a privilege because I know I’m seeing something for the first time in history.

I wouldn’t change it for anything.

Now offering special prices for packs of 2 & packs of 5, so you can do all your Chrissy shopping in one go, too easy! ????