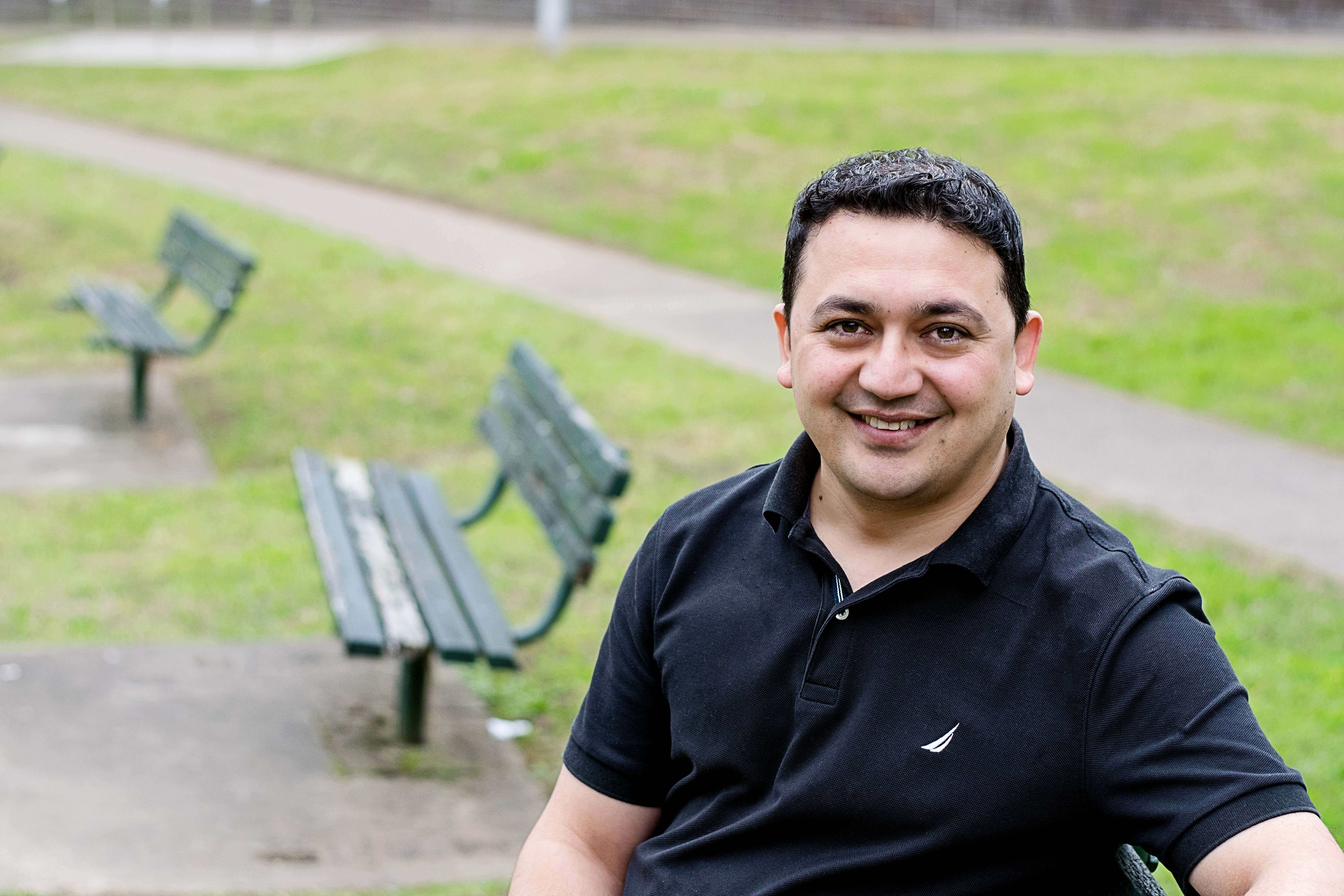 Until I was 13 years old, the only thing I experienced in my country was war. However, after the Taliban was removed from power in 2001, we had peace for a few years, and many development projects were implemented in Afghanistan. More schools opened everywhere, and eventually opened to girls.

After high school, I studied a Bachelor of Arts focusing mainly on journalism. When I was a child, there was only one TV station that aired for 4-5 hours a day but by the time I completed university, there were a lot more opportunities. At the young age of 20, I was lucky enough to get a job as a presenter for a crime investigation program. I remember the producer told me to wear suits so I would look older! Later, I worked for Tolo News, the first 24-hour news station in Afghanistan.

Four years later, I married an Afghan Australian whose family had left Afghanistan during the civil war in the 1990s. It was an arranged marriage, but it’s one of the best decisions I have made in my life.

When I got on the plane to come here, I was very excited for my new life in a beautiful country, but at the same time I knew it would be difficult because I could only speak basic English. I didn’t expect that I would be a journalist, but I hoped there would be other opportunities in time.

Luckily, a week after I arrived, someone told me there was an Afghan radio station in Sydney looking for volunteers. I went in, and the guy who ran it told me to read a script and a news story. When I finished, he asked me how many years’ experience I had, and when I could start!

At the same time, I started learning English at Navitas in Blacktown, which I really enjoyed because I met people from all over the world in my classes. And after about four months, I went on to do a Certificate IV in English for Academic Purposes at TAFE so I could go on to university. Unfortunately, my degree wasn’t recognised here.

At the same time, I heard that SBS was recruiting for a new program in Pashto, which is my mother tongue. They took me on as a freelance contributor, my first job as a journalist in Australia. I still remember my first job was a very short interview, which I was paid $50 for. I was very happy to get that $50!

Next, I got the opportunity to go to Western Australia for an 8-week interpreting job in a refugee camp. That helped me financially because the pay was very good, and also inspired me to become a NAATI certified interpreter.

I then was accepted into a Bachelor of Commerce with a major in Economics at Macquarie University. I chose such a different field because I still doubted that I could get enough work as journalist here. However, over time, I started getting more and more work from SBS with both their Pashto and Dari programs, and later with English programs too, including a documentary on Dateline. Now I have a lot of work!

Recently, we made a podcast in Pashto and Dari for new migrants about how to settle in Australia – all the things I wished I’d known when I arrived, but that I didn’t have access to in my own language.

I am also now in my second semester of a Masters in Media and Communication at the University of New South Wales. I’m proud of my journey, to go from speaking very basic English to studying a Masters at one of the top universities in the world, although I don’t feel like my journey is finished yet!

My wife and I now have two daughters. Of course, it’s important to focus on our children and their study, but I don’t like it when I hear new arrivals say that it’s too late for them to study or have a career, and that they are only focused on money and their children’s future. There are so many opportunities in Australia, and I believe we should all take advantage of that, no matter how old we are, or where we are from.