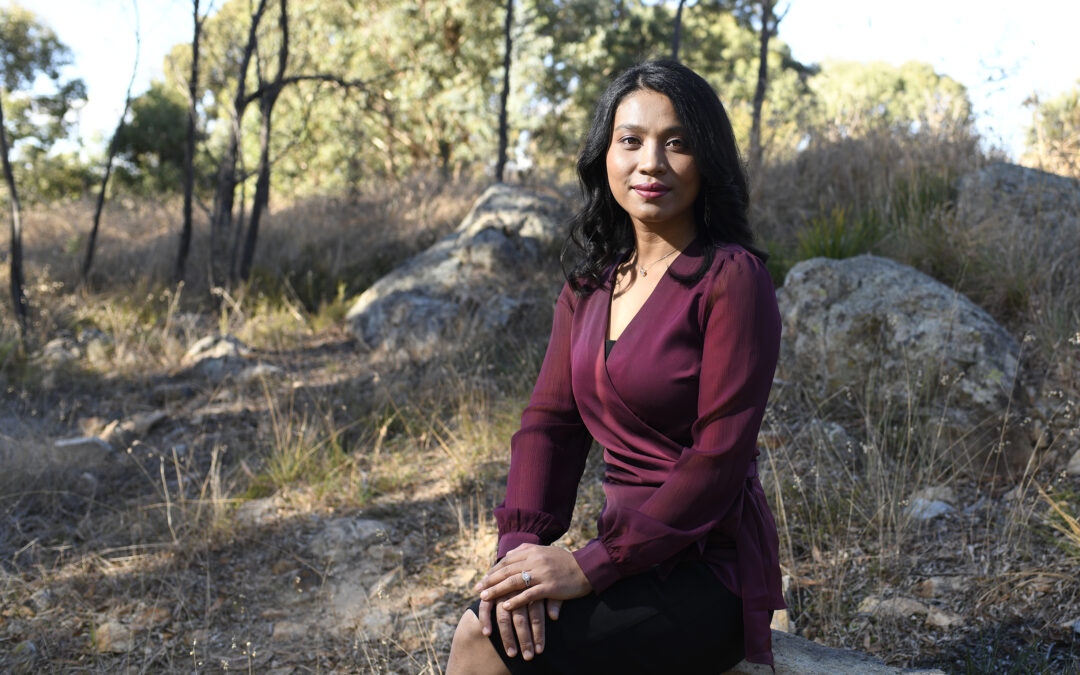 I grew up in a small Mon village in Myanmar. It was very far away from the city, but it was not a safe place. The military often came and took our food, or forced us to do free labour for them. They did it to my grandfather, they did it to my father and then, when I grew up, they did it to me.

I remember they took us to work on a road, breaking soil and carrying stones. While we were working, they didn’t give us enough food or water, and verbally abused us. Then, at the end of the third day, when we wanted to go home, they said that I and some other women had to stay and cook for them. And that if we ran away, we would have to go to prison for life.

Even though I was worried about that, I was more worried about what would happen to me as a woman when the soldiers got drunk. So I decided to take the risk and run back to my village. Then I told my father I wanted to leave my country.

Luckily, he had a friend who was able to help me to escape first to another village, then to the Thai border, and then across the border to Malaysia. I was so scared on this journey, as I had never even left my small village before.

In Kuala Lumpur, I was taken to the Mon Refugee organisation. They gave me food and a place to sleep and, after a week, found me a job in a phone accessory business, packing parts. It was in the same building as where I was sleeping, which was good because as a refugee without any ID documents, the police could give me a hard time if they caught me on the streets. So mostly I didn’t leave the building, and when I did, I didn’t walk very far away, only to the shops and back. My life was OK there, but I really missed my family, and I didn’t have any way to contact them to tell them I was fine, because there was no phone or internet in their village.

Eventually, I got married to a man I had met at the Thai border. He had arrived at the refugee centre a year after me, where we first became friends, and then fell in love.

Life went on in the same way for a few years, until one day when one of the refugee centre staff returned from Australia, and noticed my husband looked very similar to a man she had met in Canberra. And when she asked him his name and village, they realised that the man was actually my husband’s older brother, who had left Myanmar when he was still a baby. After that, my husband called his brother and spoke to him for the first time in his life!

His brother then offered to sponsor us to join him here. When we found out our visa had been approved, I was so happy, as I knew Australia would be a safer place for us.

My first impression of Canberra was very good. We only had a few dollars with us when we arrived, but the next day, we went to Centrelink and they organised for us to have a payment every two weeks. I really couldn’t believe that. We were also provided with free English lessons at Navitas, which was very helpful.

After a few months, we both found work at a company called ACT Recycling, so we stopped our studies. Our boss was so kind to us. He gave us jobs even though we didn’t speak very good English, and organised for another worker to pick us up and drop us off until we could buy our own car.

We’ve now been working there for over 5 years. I was on the sorting line, but now I’m driving one of the excavators. For many years, we also worked a second job as night cleaners. Even though it was very tiring to work so much, it was worth it, because we were able to save up enough for a deposit on our first home!

Last year, I stopped my day job because I wanted to follow my dream to become a nurse. So now I am back at Navitas, studying English in preparation for that. I am very grateful for my teachers there.

I’m really enjoying my life in Australia. Now I don’t need to worry about violence or abuse anymore. But of course I still worry about my family back in my country.

Six years after leaving Myanmar, I found my sister on Facebook, and after that, I was finally able to call my family for the first time. My mother and I were just crying and crying on that call. She was so happy to find out I was alive.

I hope one day I can bring them here to join me.