Initially, I came to Australia just to study English for 6 months. But my brothe… 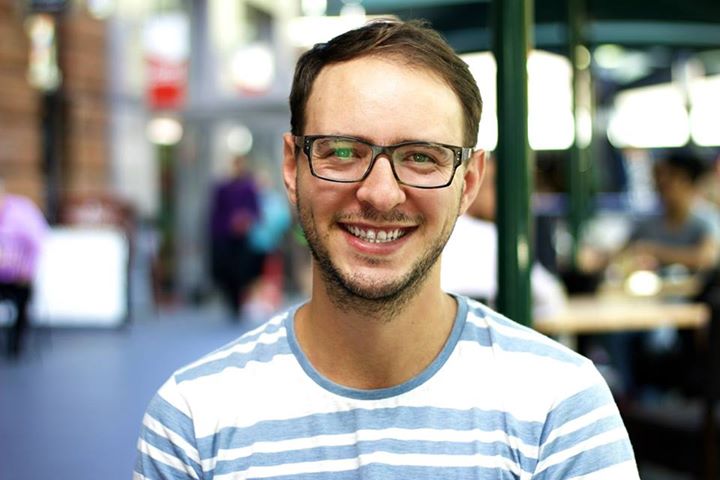 Initially, I came to Australia just to study English for 6 months. But my brother was just about to start uni in Colombia and I still had a year to go in my IT degree, and I knew it would be too much financially for my parents to have 2 kids at uni at the same time, so I decided to stay here for a while to take the pressure off. And I was able to help them sometimes by sending money.

I had a job working in a flower importation business, just cutting the flowers and placing them in buckets and doing the delivery slips. It was cold because I was working in a cool room, and I was tired because I was working many hours a week on top of my studies – but once you see the money and you see that you can help your family, then it’s worth it. And the boss was very fair with me.

Then, I went to work for Pieter, a Dutchman who owned another flower company. He needed someone to do IT, and to drive the truck to the airport. One day, after a few months, he said to me, ‘Don’t you want to finish your degree?’ I said, ‘Yes, of course, but I think its too expensive,’ and he said, ‘Well, why don’t you go and research how much it costs?’ Then I came to him a little bit sad, and said, ‘It’s too expensive for international students, I can’t afford it’. He asked me to give him the list of quotes, and after a moment, he said, ‘I can pay for your uni if you want.’ I couldn’t believe it. That night I called my parents and we cried a lot because it was such a big opportunity for me. We were so happy.

Later, I found out that Pieter had actually tried to help another young man before me in the same way, but after 6 months, the immigration agents turned up at his office to tell him that the guy had to be deported because he wasn’t going to uni at all. So I found it even more amazing that he would try to help someone again.

I was very surprised that my life mattered to someone who was not from my family or my community. That this was possible was the biggest realisation of my life, and it has made me want to be one of those people too, someone who cares about others, and who is empathetic to people who are different.

It has just changed my whole life. Now I’m in my third year of an IT degree at UTS, the same uni Pieter went to, and my third year of working for Pieter. He has a successful business, he has been very lucky in his life, and I think he just wants to give back.

But it’s not easy to find someone with such a big, big heart.

Can you help to support the New Humans of Australia project? If so, head over to www.patreon.com/nicolagray?ty=h