In the Broome detention centre, they said, ‘Outside this fence, there are snakes… 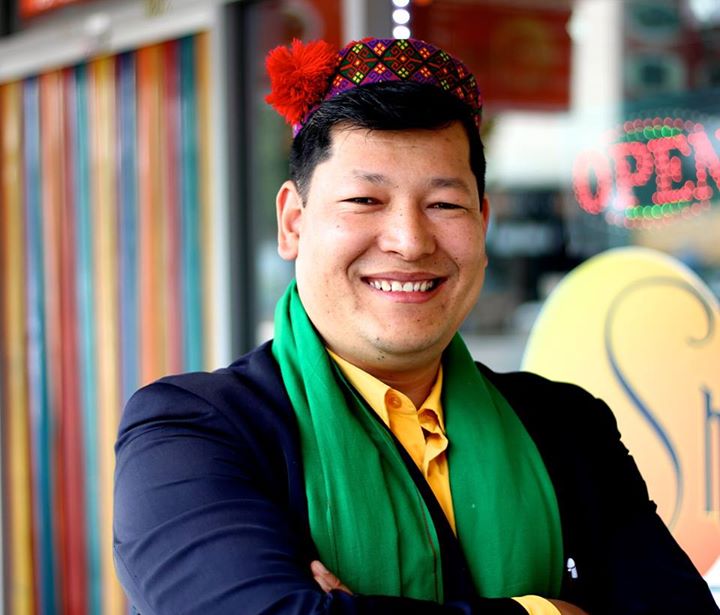 In the Broome detention centre, they said, ‘Outside this fence, there are snakes, crocodiles, and kangaroos and if they bite you, you’re going to be dead in two seconds!’ So we were too scared to try to escape. There were 1000 people living in that camp, but it was only set up for 300, so people had to go and live in tents in the extreme heat. Whenever I felt sick, I went to the doctor, and he would say, ‘Just drink water and you’ll be fine’, and I’d say, ‘You know, it’s not a magic potion!’

I was only 18, and I often felt alone. Sometimes I wondered if I had made the right decision to come to Australia by boat, but I didn’t have much choice. My older brother was shot dead on the street by the Taliban, and then they came to our area to take away boys my age to put on the front line, which was a death sentence.

On Christmas Day, I was found to be a genuine refugee. That’s why Christmas now seems so magical to me, because it was a day of joy when I was freed. When they asked me if I wanted to go to Tasmania or Queensland, I asked which one was better, and they said, well, people go to Queensland for holidays, so I went there! But there weren’t many job opportunities.

At that time, I was on a temporary visa and I was struggling – there was no English language assistance for refugees who had arrived by boat, no healthcare, and not very much centrelink benefit – they basically just gave you a piece of paper that nobody understood and sent you out into the community.

A friend and I were thinking about going to Western Australia to work in an abattoir, but we spoke to a guy in Melbourne who said, you’re mad, driving to WA to work in an abattoir – I can find an abattoir here in Melbourne for you! So we moved down to Melbourne. Then a friend found me a processing job in a factory. Now I had an income, I spent it on English lessons at TAFE, followed by a Diploma in Business. Later, I worked as a driving instructor, as a taxi driver and as a real estate agent, before starting my own real estate company, where I employed four staff. I wanted to prove that refugees could be business people and create jobs.

In 2005, I got my permanent visa, and I was able to go to see my family, who had fled to Pakistan. That was a very emotional experience for me. Then, in 2007, I got my citizenship, so now I’m a proud Aussie! Since then, I’ve applied three times to bring my family here, but unfortunately each time the application has been rejected. My Mum died last year, and I feel so sad that I couldn’t repay her by bringing her here to live in peace for her last years. I have always felt a void in my life where my family should be.

In 2012, I did a Diploma in Community Services. I learned so much from that, about how to advocate on behalf of others, about elderly people, women’s rights. Now I’m a part of the White Ribbon foundation, I’ve contributed to the Australia Day celebrations, and I’m a firefighter. I also ran for State government for the Greens in 2014. I didn’t win because it was a labour stronghold, but I got 11% of the vote. I’m proud of that achievement. I believe in protecting the environment, refugee rights, education, non violence, and women’s rights. And gay and lesbian rights – you know its taboo in my culture, but if I follow that, I’m no better than the Taliban.

I’m currently enrolled in a Masters degree in Entrepreneurship and Innovation. I think refugees are entrepreneurs anyway – it means ‘taking a risk’ in French.

Please consider supporting this project by becoming a patron, from as little as $1 per week. https://www.patreon.com/nicolagray?ty=h